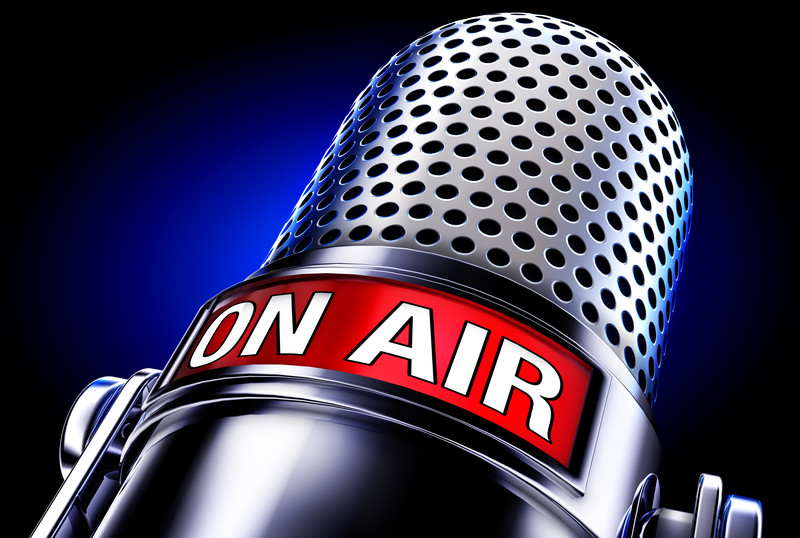 My Mother was a longtime viewer of television soap operas.  It seemed that my Grandmother and Aunt enjoyed their "stories" as well.  I didn't quite understand the fascination but I was aware that it existed.  Her favorite was As The World Turns.  Television soap operas have pretty much gone by the wayside these days.  Reality shows are today's real life soap operas it seems.  I digress.

As a follower of Nina Hollander, I know General Hospital remains a favorite for her.  I don't know if my Mom is still a GH fan.  Note to self:  Ask.

This leads me down a much different path. I think it was in the mid-to-late 1990s that I found Howard Stern on the radio.  At that time he was widely known as a shock jock and his success encouraged many clones. Sure, there was some material that was offensive to the FCC.

I remained intrigued by two segments of the show.  His interviewing skills and the news segment by Robin Quivers.  The live feed from New York was played in Los Angeles starting at 3AM local time and then switched to delay three hours later.

I remember listening(seemingly half asleep)early on Tuesday, September 11, 2001.  I thought it was some kind of War of the Worlds type of stunt because the show remained live from its home base.  It was bizarre.  To say the least.  He stayed on the air for hours and hours.  Years later, Howard Stern went to the world of subscription radio.  I no longer listened on a regular basis.

Fast forward again and  I read of a new book "Howard Stern Comes Again".  Although, I liked his previous two books, this title didn't immediately grab my attention as it made me think of middle school humor though I eventually bought it.

The book is a compilation of interviews he has done with people we likely recognize from the world of entertainment and other parts of everyday life.  Along with the interviews he includes a bit of commentary on how that discussion impacted him.  Some were more interesting to me than others but overall it was a very good read.

The world has changed and so has Howard Stern.  That's another discussion.

Groups:
The Lounge at Active Rain
The Ninety-ninth Percentile
Addicted to Active Rain
Bartender, Make it a Double
WeBlog Anything (almost)!

Nick Vandekar, 610-203-4543 - I don't have Netflix but I have seen him interviewed in the past with David Letterman and others.

Debb Janes EcoBroker and Bernie Stea JD - second chances are a part of life.  As for Dark Shadows, I didn't watch but know it was very popular.

Paul S. Henderson, REALTOR®, CRS - one could be a loyal viewer and disappear for an extended time and become a part of the story quite quickly.  And then...the next day...

Michael Jacobs your post title reminded me of a skit on the Carol Burnett Show called as The. Stomach Turns!  I did not get into soaps, and was not a fan of Howard Stern's and delighted to hear he has mellowed out...Happy Friday.  A

Ron and Alexandra Seigel - there are many memorable skits from The Carol Burnett Show including As The Stomach Turns.  The show's Went With The Wind! parody of Gone With The Wind is a classic.  Happy Friday to you as well.

Ron and I talk about that the Gone with the Wind Parody, all the time.  When we look in store widows, we use the memomable line, "something I saw in the window!"  Do you remember when was doing a series called Fresno?  That was a laugh a minute...We still crack up on the Tim Conway parts.  A

Alexandra Ron and Alexandra Seigel just the mention of that "window" reference will bring a smile or a laugh.

I do recall reading and hearing about Fresno but I am not sure if I tuned in and watched.  When I checked information online for dates when it aired, I saw it was when I lived in Washington DC when my television viewing was limited.

Oh Michael- where do I begin?  I started watching All My Children when I was in college. It came on when I had a break in classes and it was SRO in the community room to watch it. But I absolutely loved ATWT. I remember when I moved from Houston in 1987 it was my first time living away from my whole family.  I would turn on ATWT and AMC and it was as if my family was there.

I started watching Howard when we lived in Orlando and he was on terrestrial radio.  I remember being at a party and someone looked at me as if I were the devil when I told them I listened to Howard. When I asked them if they had ever listened to Howard, they said they never had...and yet they couldn't stand him.

Kathy Streib - I can the feel your  love and appreciation for your "stories" in your comment.  Your experience with telling others you listened to Howard Stern is one I have rarely shared as I know he has been a polarizing person over the years.

Hi Michael Jacobs - I had a corporate job most of my life, but for a few years while my kids were young, I managed properties for my brother-in-law, a very successful commercial broker.  I digress... this is when I got hooked on Soaps. At some point, I did go back into the corporate world and left all that behind!

Sheri Sperry - MCNE® - it seems not a lifelong commitment to soaps but a moment in time.

Michael I could have sworn I commented on this post.... anyway I remember the TV shows growing up as a kid.... and I never understood the addiction to it... but that was an observation from a 12 year old...Endre

My grandmother and mother were great fans, of the soap operas.  I just never did get it

Endre Barath, Jr. and James Dray - I think the fascination by others of soap operas was yet another indication of how life evolves.  Soap operas were once popular on radio then made their way to the new(at the time) world of television.  Then the genre of soap operas changed as people wanted to see real people in real-life situations.  Maybe that's where reality television came in.  Or maybe that's just much of "hooey".

As for Howard Stern, he evolved over time too.  Each of us experiences changes as we age,  Even those soap operas and the subject of Stern(and his most recent book) seemingly have nothing in common.  The comparison of the two made sense to me.

Michael love your analysis, if you expand on it a bit more this could be a blog post on its own:)Endre

Endre Barath, Jr. - thank you.  Blog posts for me(and I imagine for each of us) have developed from all sorts of different sources.  Comments on other member's posts, my own posts as well as the commenting back-and-forth like this have each played a roe, at times, in inspiration.

Thank you for sharing-I never would have guessed you listened to Howard Stern.

Michael, when I worked at Safeway and raising my daughter, we would come home after work and watch together All My Children.    Not sure when I stopped but had to be 30+ years ago.

Joan Cox - such "habits" do change and evolve over time.

I remember my Nana calling them her stories too. I don't know what shows she watched though.

For me it was Guiding Light. I started watching in 1978 and continued until the show went off the air in September of 2009.

Sharon Tara - over thirty years of viewing, that's a lot of stories told.