John Greenwood was born in Boston, Massachusetts back in 1760.  He was best friends with Samuel Maverick a victim of the Boston Massacre. Things were not well at home, so at 16 he was sent to live with his uncle in Falmouth, Maine.

When he learned about the Battle of Lexington and Concord in 1775 he left his uncles and walked alone for 150 miles stopping along the way at taverns to play music for the soldiers.  When asked where he was going, he replied “I’m going to fight for my country.”  He served under Captain Theodore Bliss’s company of the 26th Massachusetts regiment from 1775 to 1778.

He served as a fifer (a non-combatant military occupation). What you may not know about John is that he was also a dentist and inventor.  While you may not know John surely, you’ll recognize one of his patents George Washington.  Washington’s dentures were not made from wood but carved from a hippopotamus tusk.  He was also an inventor, he invented the first known “dental foot engine” in 1790.

Good morning, James Dray and we all thank the good Lord that "Dentistry" has come a long way!!!! 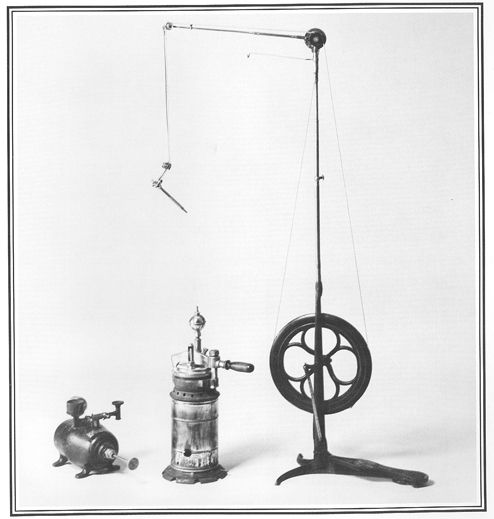 I did know that George Washington's teeth were not made of wood but this was the first time I have heard the teeth were carved from hippopotamus tusks. Thank you for sharing this with me...

Hello James - I readily admit that dental foot engine sent me on an online search because it was a unfamiliar term for me.  There were lots of rabbit holes I could have pursued but Barbara Todaro found an example that seems most "logical" to me.   And I agree, thankfully, dentistry has advanced much since the 18th century.

As it is the second to last place I like to visit, no!

Good morning James. Must admit, nary a clue. John was a busy guy. When did he go to denistry school? Or, did he? Enjoy your day!

Good morning, James... now that's a fun piece of trivia to have in one's back pocket!

He sure brought his inventions to the forefront i those days.

Interesting stuff and Barbara Todaro is quite the sidekick with the pictures that she shares.  I love reading about something then seeing a picture about it.

Hi James Dray - What an interesting post today.  I learned about carving teeth from a hippo!

Now I know that George Washington did not have wooden teeth, but hippo teeth.  Love this bit of trivia.  A

What an interesting young man, and there are many parts that make up an army. Will have to remember that fact maybe it will turn up in one of Wayne Martin's posts

Hi James,  Thanks for this interesting post.  I am impressed with creativity of John Greenwood.  I am glad they have made advancements since using hippo teeth.

Hi James- another historical figure who would make a wonderful subject for a miniseries. and thank you Barbara Todaro for the picture.

I'm sure glad dentistry has progressed from those days James Dray . Even with the current advancements I still hate going to the dentist.

James, you do find some very interesting people to write about.   I don't remember this in those history classes.