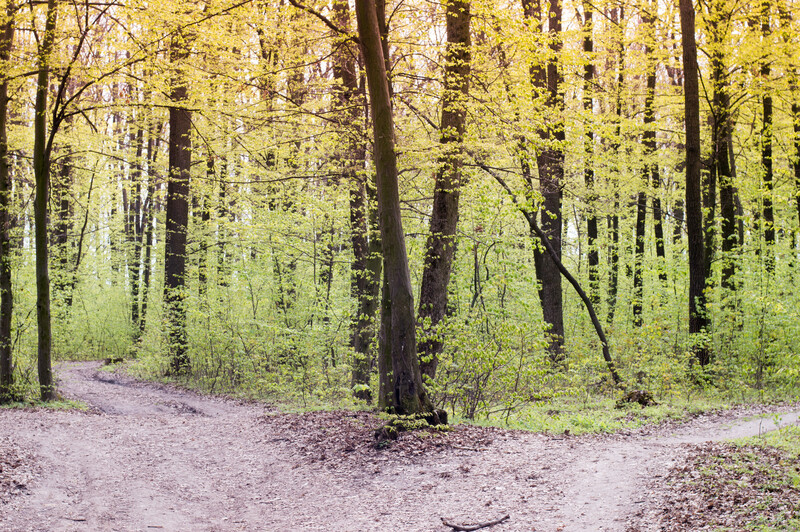 Although it has been called The Most Misread Poem In America, this is not a discussion of The Road Not Taken or the works of Robert Frost.  I used the opening words of that famous Frost poem as part of an original speech for a junior high school competition many years ago.  I don't have much memory of the contents.

As a thirteen-year-old, I also don't recall the reasons why I chose the words of Frost to include in that speech but they have likely changed.  I imagine, right?

While the span of time is significant, the idea of evolving thoughts is one we are likely familiar.  Not only does time change but so do we, our roles in life and our situations.

It need not be a long journey.  Much can be achieved along a short path as well.  So I pull away from the computer screen and take a break.  Yes, it's time for more pondering.

Now, that's a familiar route for me where many thoughts have been known to make their presence known for the first time as well as those which can be more common.   It's a good mixture.  For me.

Kathy Streib - thank you.  I appreciate it.

Well, we certainly have had plenty of time to ponder over the last 47 days!  Your story reminds me of my speech for student gov. pres. in 11th grade.  I had been given a copy of Bob Dylan's Tarantula, which is a rambling state of mind flow of consciousness thing.  I wrote up something similar that had absolutely NO sense to it.  I won.

Michael Jacobs , your post quote by Frost reminds me of a quote by Yogi Berra, "When you get to the fork in the road, take it!"

Good morning Michael Jacobs - I realize that upond reading the poem it has been misquoted.  I decided to take that other road yesterday and walk in the park.  The computer is driving me crazy.

John Henry, Florida Architect - of course, you won.  Was the entire student body stoned at the time?  Just kidding.  I can't remember were you still living overseas then or had you returned to the states?

Rick Frissell - the world needs more wit and wisdom in the spirit that Yogi Berra offered.  Hey, I could go with some words from Yogi Bear and Boo Boo Bear.

Grant Schneider - pushing back from the computer is a good thing.  I recommend doing it.  And often.

Pondering and taking time to be alone with one's thoughts are a good thing Michael Jacobs It clears the head and allows new thoughts to enter.

Doug Dawes - sometimes it's out with the old and in with the new but there are times when some linger a bit too long.

Robert Frost was a favorite of my Geno's... he gave his worn dog eared copy of Robert Frost's book to son John with some timely inscriptions of his own.

Dorie Dillard CRS GRI ABR - I am sure it is a treasure memory of John's.

That's a memorable poem by Robert Frost and maybe this is a good time to give it another read... thanks for the link!

Hi Michael:  I love that poem. DId not know it was misread. Don't we create our own meaning out of everything anyway? Thanks for the pondering.

I know this not what your post was about . . . but as an English major, I'm glad  to see that I have never misread that famous poem.

Janice Zaltman - Our own interpretation and connection is a part of "the" story or at least "our" story.

Margaret Goss - now, I know who to ask.  As well, as a bit more about your history.

Points to ponder!  Interpreting meaning from the written word is such a personal experience!

Oh boy, a pondering I will go.  Michael Jacobs - YOU are one person I know I could have some deep discussions with ... and have a lot of fun as well.

And we all know at times, perhaps many times or most of the time,

Kathleen Daniels - I know you are a thoughtful person and have no doubt of the fun that might/will ensue when we eventually meet in person rather than by phone or other virtual means.

So, it doesn't matter what roads we travel through our journey of life but what decisions are made along the road in our journey. How many times have we said, woulda, coulda and shoulda? We learn life's lessons by living our life and not repeating the adverse consequences of our actions.

Most people IMO dwell on the past, therefore, they become fearful, skeptical, or perhaps cynical and thus are afraid to make decisions to improve their  circumstances.

The lesson from the poem is what ever decision you make will be the right decision with your next decision and your next and next, regardless what road you choose.

Kimo Jarrett - thanks for your thoughtful comment. The woulda coulda shoulda syndrome definitely leads to limitations of all kinds.  Primarily self-imposed.

As well as staying focused on the past.  Not a good path when so many better routes are possible.