Thomas Tassell Grant was born in Portsea, Portsmouth, England back in 1795.  This one is going to be short, so hang on.  In 1829, he invented a steam-powered machine for making biscuits aboard ships in a hexagon shape saving a lot of waste over the conventional round ones.   For his invention, he was given a 2,000-pound grant by parliament.

He also received a medal from King Louis Philippe as well as a gold medal from the Society of Arts, London.  However, in 1834 he invented a desalination plant that distilled fresh water at sea which advanced the sanitary and moral condition of the navy.  The first one was installed on the HMS Wye, it produced 10,000 gallons a day during the Crimean War. For that invention, he was knighted by Queen Victoria.  He died in 1859 from cancer.

Hello James - as Wayne Martin commented, Mr. Grant was definitely an original thinker and his inventions were seemingly quite different.  Maybe there is a connection beyond his ability to problem-solve.

Good morning James Dray this is a photo of that original plant.... 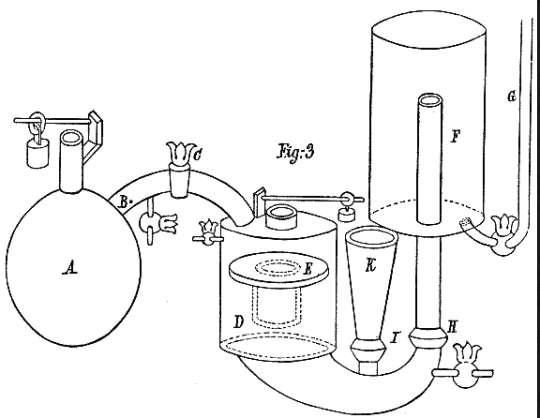 What a smart guy. this was huge for so many folks bot at sea and on the land.

I wonder why the device is not used more for irrigation for arid lands on the salty sea!

Good morning, James. 2,000 pound back in the early 19 century was huge money. The invention of a desalination plant should be worth even more.

Santa Barbara is in the process of finishing a desalination plant in case of drought.  Happy Sunday.  A

All I can say is Thomas deserved to be knighted by the queen for his invention. It seems like the queen all the knights celebrities today. I hope you enjoy your golf today.

Good morning James Dray - that was a very big invention for the British Navy.

With that kind of invention, we should be able to make use of all the water on the planet, correct?

James, I love reading about these leaders for invention, and especially so long ago!

Hello James, Good to learn all the time from your blogs of all these first that people started.

An inventive man and one who was recognized for what he created. I know Israel uses desalination to create fields from desert.

Hi James- now that was a noteworthy invention!!!  Love to read the back story.

What a remarkable man who's development of desalination has had countless applications around the world.

I James Dray - This is a pretty significant invention!  He deserved to be knighted.

What a great thinker Thomas was. I wonder if he inspired the Wendy's hamburger as well James Dray

Fascinating read! I wonder if this was the precursor to the type of desalination plant we have in Carlsbad now!?

Wow, I'll bet sailors everywhere were and are grateful to Thomas Tassell Grant!