I represent taxpayers in Gainesville and the state of Florida who have tax issues with the IRS.

The IRS has issued a notice that rains upon the PPP parade. The CARES Act sounded like a great thing to keep many small businesses in operations while everybody sheltered at home. Loans at 2.5 times monthly payroll have been issued at super low interest rates. One of the provisions under the Payroll Protection Program declared that amounts spent on payroll, rent, and utilities would be forgiven. What’s more, the amounts forgiven would not be considered to be taxable income, which is usually the case with forgiven loans.

Now IRS Notice 2020-32 has put the kabash on this part of the Act. While the forgiven amounts will not be income, the expenses used to qualify for that write-off are not going to be deductible. This does make a certain amount of sense since allowing the deductions for expenses paid by someone else would have been the equivalent of double dipping. However, you can bet that this is going to be an audit issue down the road for people whose accounting systems are not up to keeping costs separated.

If you or someone you know has received a Notice of Intent to Levy or some other federal or state tax issue, please feel free to contact me at either (352) 317-5692 or email jim@taxrepgainesville.com. 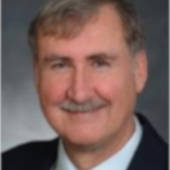