Grata Flos Matilda Greig was born in Broughty Ferry, Scotland back in 1880 to Robert and Jane. She attended school in Dundee, Scotland before the family moved to Melbourne, Victoria, Australia in 1889. She continued her education at the Presbyterian Ladies’ College in Melbourne but left in 1896.

That same year she enrolled at the University of Melbourne.  She completed her education earning a Bachelor of Arts degree in 1900.  She also received her Bachelor of Law degree in 1903.  After graduation, she worked for the Women’s Christian Temperance Union, drafting proposals to amend the Children’s Court Act of 1906.  She later worked as an employee of Cornwall Stodart, touring the countryside of Wangaratta where she promoted adult and tertiary education.  She retired in 1942, moving to Rosebud where she died in 1958, she was 78. 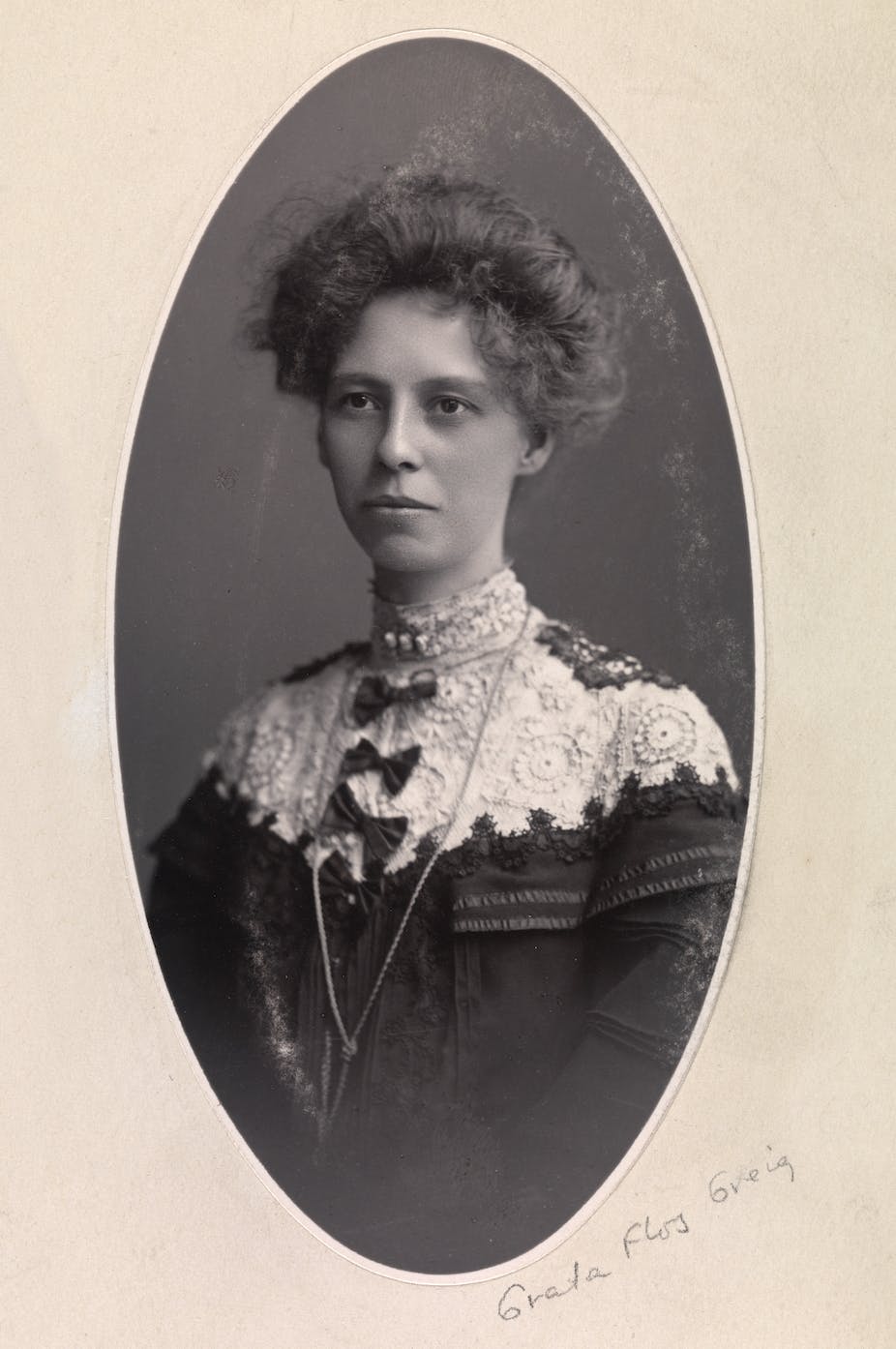 Good morning James. There were many more females in my class at law school. Enjoy your day!

She looks like she could handle handing out the verdicts.

I wonder what she would think of the present judicial system.

A well deserved honor for all her hard work.

Good morning, James... nothing I like better than reading about a woman who was a "first" in something significant.

Hey James, well that is quite a life well lived. She should be an inspiration to woman everywhere.

Hello James - this was quite a significant accomplishment.  Still, a big deal today.

What a noteworthy accomplishment and an inspirational story.  Wishing you a wonderful weekend. A

Hi James Dray - Grata - A very unusual and interesting name to go with her talent, skill, and many firsts.  What caught my thoughts were the more common names of her parents, Robert and Jane.  I would really like to know the story behind her name.

I especially like reading stories of "the first woman to" do something. It's empowering and encouraging!

I'm always amazed that in the overall picture of history it took so long for men to recognize women as leaders James Dray .

Good morning James Dray - a great story of acomplishment and thanks for the picture to Barbara Todaro .

With a long name like that she was destined to be great in the country of Australia...

Happy Friday and you have a wonderful weekend James Dray

Thank you James- for once again highlighting an outstanding female! And for you Barbara Todaro for sharing her photo.

I always enjoy these stories of historic firsts!!

Have a terrific weekend!