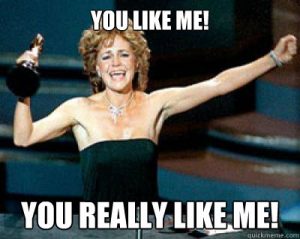 I was referred to a potential home buyer in Destin, Florida.  He was in the construction business and had just been working in our area for a few months, coming here from another state. I could tell that English was his second language, and I listened carefully.  He told me that he had never bought a home before, but had found one online in Destin that he wanted to see. I looked it up and it was already under contract. Then, I asked him if he had been pre-qualified for a mortgage.  There can be stricter loan requirements for self-employed persons, and I was concerned that his local work history may not be sufficient to get approved.

He told me he had money saved up, emergency funds that he could spend.  He mentioned the full amount could be used.  Giving me pause, I said without thinking, “Do you want to spend your entire emergency funds?”

That’s when the spark of trust lit up. He responded, “I like you.” I was taken aback and said “What?”  He said, “I really like you”.  He didn’t have to explain why.

A few days later, he told me he had decided to rent first. Honestly, I was glad. My intuition told me it was the right thing to do in his situation. I didn’t make the sale. But I earned someone’s trust, and more importantly, I helped him.

Groups:
Realtors®
Almost Anything Goes
Diary of a Realtor
Bananatude

Wendy, I like you too. This is the philosphy that should drive all of us in real estate. The goal is to help people, not create a situation that puts them up against a wall. Bravo. D

Love it Wendy Rulnick ! Excellent call and you've got a client that not only likes you - but trusts you to be straight!

Wow! I didn't know other people used that line like I do. When I get a call back from a client I had written off, I jump for joy and say "They like me!" Unreal.

You were asking the right questions--ones that all agents should ask before showing a home.  Establishing trust, especially in the beginning of the relationship, is vital.

Goiod for you.  Trust is critically important when helping someone spend LARGE sums of money!

It can take years to gain enough trust or that true foot in the door, But once you can get there, you can bet on yourself a bit easier.