The country is on the verge of reopening.  Realtors can once more show property.

This isn't the first time I'll be deciding my comfort level with the risk.  Its probably not yours either.  This is about one of those times that had a lot of risk and alarm bells going off.

Its Not All Black And White

Its so straightforward, making decisions now around Coronavirus.  Open Houses - suddenly very uncool since it puts strangers at risk.  But most of the risk I've faced in my real estate practice has come out of the blue and made the hair on the back of my neck stand up straight.

I think there is a lot of agents being placed at risk. Likely far more than is ever reported.  This was the worst I experienced and escaped unharmed.

The Tale Of The Creepy Client Referral

At the top of my list of risk would be the creepy client.

I've had a few experiences that were unsettling but the one that definitely stands out was a referral.  This guy was connected to me by a mutual female friend.   He wanted to see a house.  I set up the showing and did a little research. The house was in an industrial zone.  That was a little unusual. It was in an area I didn't show all that frequently.  And for a Sunday, that part of town was very quiet - no one around, no traffic.  Totally dead.

A block before the house, in a very non residential area with tall grass, chain link fences, warehouse vibe, I had to "drive across the tracks to the other side of town" as it were.

Literaly had to drive across the rail road tracks to get to this house, I wondered why anyone would be interested in this house.  This was the first little red flag to go off.

Have You Ever Called Out "REALTOR" As You Walk Through A House?

I've caught a homeless guy inside my office building that I had to throw out on a weekday very early in the morning when I was the first to the building.

I've called the police on werirdos attending an open house.. And I've called out, "Realtor" in a very loud voice while showing some houses.  But this day, the risk factor seemed to be at an all new level.

For starters, no need for the lockbox code. The front door was kicked in.

I had arrived ahead of my client.  I wish I could say I do this for every showing. But back then, I was a newer agent, hungry for every deal and treating every showing like a contract appointment.  So I was early.

As I entered this raised ranch in a very industrial spot I was calling out in a LOUD voice.   There was garbage strewn about the floor.  A window was broken. Maybe the refrigerator worked, but now it was unplugged and looked like a set piece for a movie with moldy food.  I thought I heard something run across the floor.

I glanced out a window and there's no yard - just a chain link fence before some very industrial spaces.   This really doesn't feel good.  But, I remind myself, referral client, from a good friend.  This is a contract writing day. Just show the house.

Look, during real estate training they say, meet everyone at the office, photocopy their ID, then drive together to showings. That stuff just is so impractical. I don't think I ever did that once.

You know what I'm talking about - we meet strangers at unoccupied houses on a regular basis.

So I'm meeting this referral stranger in this beat up trashed out meth house.  He arrives. He is dressed very casually.  He didn't call out when he first arrived, so I find him peaking around the front room as I walk in from the kitchen in the back.  We do the meet and greet, he mentions the mutual friend, even says he is dating her.  That's good news!

This house might be a dump, but I have a real bonafide buyer here.

He looks around and talks like we are in two different realities.  He sees a move-in ready house. The stray syringes don't phase him. The busted in front door? Just needs a new deadbolt. I'm thinking I'm going to have to change my clothes after this showing for fear of infestation.  We are clearly experiencing different feelings about this dump.

Whatever, he is a referral client and going to write an offer.

As we walk about, we realize the power is out.  I'm doing the usual open ended questions to get him talking about himself.  Once more, its like we are in two different worlds because he is barely saying anything to me.  Then, he decides to check out the basement.

The basement is off a side door from the kitchen. It's more like a cellar.   You know, one of those cellars - with open slat wooden 2x6 steps going down into a dirt floor area.

That's about all I can see because the power is out.  In general, I'm not going into every unfinished basement in every house I view. And there's no way I'm going to stumble around down there in the dark. This is before smart cell phones and we don't have a flashlight.

But, this buyer guy goes down there, still real excited.  That's when he calls up and says he has a detailed question about the furnace and can I come down there and explain it to him. I point out the power is out, he can have an inspection.

"No, no" he says, come down here, I'll show you what I'm talking about.  I look down into the cellar.  Its like looking into the dark of a moonless night. I don't see him, I don't see a thing, its just oily darkness oozing up the stairs.

That's When I Bolted

You know what? I've probably read too much Stephen King & horror. And binge watch too much CSI.  But there is no way I'm going into a dark sketchy basement with a weirdo where there is no power, no visible light to look at a furnace that is clearly not in a functioning state - there's no way that guy can even see it.

And Never Heard A Peep About This From The Friend

I called the listing agent and let the firm know the front door to the house was not secured.  I never heard from that creepy buyer again, nor did I try to reach out.   Most disturbing of all, the mutual friend never asked, "what happened to you?"  In fact, she told me shortly after that, that she had decided to stop seeing the creep for personal reasons.

I'm a full time Realtor in the Boulder/Denver Colorado region and blogging frequently on my website. Most of the time I treat referrals like the most VIP business they are.  I've been selling homes since 1995, am a real estate investor and believe in getting lots of education to be the best at what I do.

There’ s always a degree of risk in buying anything . Real Estate held for awhile usually pays off big !

Hi bob gordon, creepy indeed. You make a great point about the everyday risk agents face. Glad you got out of there.

Thank you for reading the article.  I was inspired by a local news piece about speeding on roads increasing (both more often, and dramatically higher speeds).  I hope agents will be cautious in light of potentially more creeps out there taking advantage of masks and less day-to-day people around 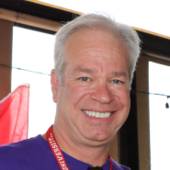