After reading the following article it was so informative that I just had to pass this good info along. It is quite a long read so I've highlighted (in bold) some of the key elements to pay attention to.  So, as you can see after reading below, the Real Estate market isn't as bad as the media is making it out to be !

by Seth Weissman and Dan Forsman

Seth Weissman is a senior partner in the law firm of Weissman, Nowack, Curry & Wilco, P.C. and serves as general counsel to the Georgia Association of REALTORS®. Dan Forsman is President and CEO of Prudential Georgia Realty.

If you are interested in selling your existing home and finding one of these great deals that are available today, contact me for a free consultation.  ~Lorrie Thomas

Looks like this group went and died on us 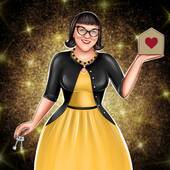