Book Recommendation: Dead if You Don't by Peter James

Dead if You Don't (2018) is book number 14 in the series of crime thrillers featuring Detective Superintendent Roy Grace by by international best selling British author Peter James. I enjoyed this novel and recommend it for your reading list. Click on the links to learn more about the author and his books.

Roy Grace, creation of the CWA Diamond Dagger award winning author Peter James, faces his most complex case yet in Dead If You Don’t.

Kipp Brown, successful businessman and compulsive gambler, is having the worst run of luck of his life. He’s beginning to lose, big style. However, taking his teenage son, Mungo, to their club’s Saturday afternoon football match should have given him a welcome respite, if only for a few hours. But it’s at the stadium where his nightmare begins.

Within minutes of arriving at the game, Kipp bumps into a client. He takes his eye off Mungo for a few moments, and in that time, the boy disappears. Then he gets the terrifying message that someone has his child, and to get him back alive, Kipp will have to pay.

Defying instruction not to contact the police, Kipp reluctantly does just that, and Detective Superintendent Roy Grace is brought in to investigate. At first it seems a straightforward case of kidnap. But rapidly Grace finds himself entering a dark, criminal underbelly of the city, where the rules are different and nothing is what it seems. 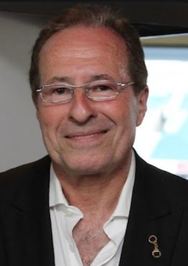 Peter James is a UK No. 1 bestselling author, best known for writing crime and thriller novels, and the creator of the much-loved Detective Superintendent Roy Grace. With a total of 13 Sunday Times No. 1s under his belt, he has achieved global book sales of over 19 million copies to date, and has been translated into 37 languages.

Synonymous with plot-twisting page-turners, Peter has garnered an army of loyal fans throughout his storytelling career – which also included stints writing for TV and producing films. He has won over 40 awards for his work, including the WHSmith Best Crime Author of All Time Award, Crime Writers’ Association Diamond Dagger and a BAFTA nomination for The Merchant of Venice starring Al Pacino and Jeremy Irons for which he was an Executive Producer. Many of Peter’s novels have been adapted for film, TV and stage.

Goodreads Review of Dead if You Don't

Shortly after Kipp Brown and his teenage son, Mungo, arrive at the stadium for their team’s biggest-ever football game, Mungo disappears. A short while later Kipp receives a text with a ransom demand and a warning not to go to the police if he and his wife want to see their son alive again. But as a massive, covert manhunt for the boy and his kidnappers begins, Detective Superintendent Roy Grace starts to realize that not all is what it seems. 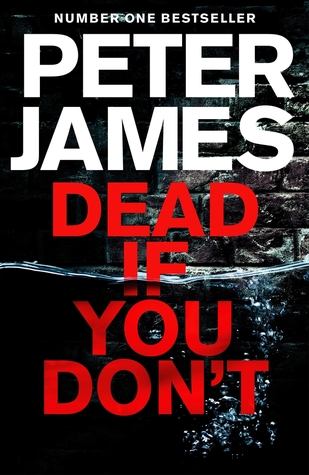 Good Monday morning to all. I hope you are reading a good book.

Good morning Roy. Just finished a non fiction book by Eric Larson called The Splendid and the Vile about the war years and Winston Churchill. Now back to fiction. Enjoy your day!

Good morning, Roy... sounds like a great read. And your tulips picture this morning is a great treat for the eyes!

Dead if You Don't sounds like a great crime thriller read for the bookworms out there, Roy.

That really sounds like an amazing crime thriller. And I love the tulips you shared with us.  A

thanks for the recommendation - I am listening to Me by Elton John right now but I need to find a book to read also.

Hi Roy,  Thanks for another book recommendation - I will add it to my ever growing list of good books I hope to read someday.

Thanks you very much for your feedback. It is always good to hear from you.