Home > Blogs > Doug Jones > Doug Jones's (dougj) Blog
bookmark_borderbookmark
I received a phone call from an attorney asking why I had not replied to his letter and I stated that I had not received a letter. He then emailed me a 3 page letter along with a 13 page and 48 points of law complaint  that he was planning to file  against Mortgage Magic because our website was not ADA compliant.
We lucked out because when the attorney sent the letter it was sent to a similar named company in Florida and I have an exceptional former IT person who works in our office. And I have an excellent attorney whose first action was to petition to move the lawsuit to Northern Califonia. Because the Fla lawfirm sent the notice to the wrong address and our IT person got us into complaince within 6 hours and our attorney negotiating, the Fla firm decided to not proceed.
We have been sued 3 times in 30 years in what our attorney calls Ambulance Chases. The point is, if you are in business and do everything right there is still someone out there wanting to sue you. Here are some reference materials to make sure your website is ADA Compliant.
https://www.forbes.com/sites/forbesagencycouncil/2019/05/08/how-to-test-your-website-for-ada-and-wcag-compliance
https://www.w3.org/TR/2018/REC-WCAG21-20180605
In our case we did not have website access for visually impared. That was corrected immediately.
Like favorite_border
favorite_border 3
Re-Blog
repeat 1
bookmark_borderbookmark

I didin't know there was such a thing!  I am going to check out the article now.

Great Job Mr Jones. You should put this out to the Linkedin subscribers. Some attorney will begin to start suing everyone on this matter. 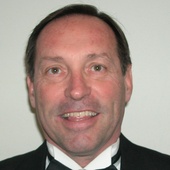