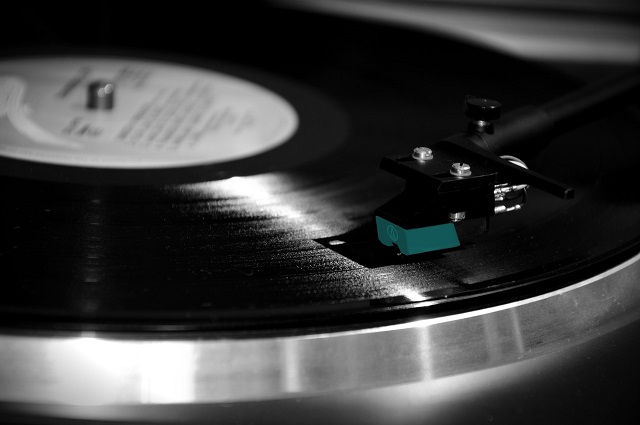 Today we are going to jump back to the early days of Rock & Roll.

“Rock Around the Clock" is often cited as the biggest-selling vinyl rock and roll single of all time. The exact number of copies sold is unknown. The Guinness Book of World Records once cited a number as at least 25 million in its category "Phonograph records:” When technology transitioned from vinyl to Compact Discs (CDs), Guinness discontinued the phonograph category. But Guinness consistently listed "Rock Around the Clock" as having the highest claim of any rock music recording. The song is listed as second in sales only to Bing Crosby’s 1942 recording of White Christmas, which also has listed as having sold approximately 25 million vinyl copies. White Christmas of course has been recorded over and over in other formats and by other artists. Exceeding 100 million.

Even today, there is hardly a music lover, young or old who hasn’t heard the familiar opening line “One, two, three o’clock, four o’clock Rock.”

The song is ranked No. 158 on the Rolling Stone magazine's list of The 500 Greatest Songs of All Time. In 2018, it was selected for preservation in the National Recording Registry by the Library of Congress as being "culturally, historically, or artistically significant."

I like this video, which was recorded as a live performance in the years before music videos were even imagined. It is a fun look back at a bygone era.

Did you enjoy this post? Don’t forget to bookmark this site and return here often.

Pretty good soundtrack! Keep doing these and I’ll be back for more of the goodness!

Loved Bill  Haley and the Comets I guess we are both old:)Endre

Good morning Joseph. Thanks for the memory of Big Joe Turner. Bee awhile since I thought about him. Enjoy your day!

Hi Joseph,  Thanks for sharing these wonderful memories of early Rock N Roll.