My blog was just starting to bring in a nice side income for us when ...

My blog traffic suddenly shot down, and my blog income (both from ad money and affiliate marketing) was cut by 75%. And it stayed there.

Because the bulk of my blog posts are about Disney World.

And as you probably know, Disney World has been closed -- closed! -- since mid-March.

[Side Note: About an hour before I started writing this, Disney World just announced that they expect July 11 to be the day they slowly begin re-opening. However, I don't expect people to rush down there in droves come July (or even August or September), so ... it's still gonna be a long haul for me.]

So what do you do when your online business just vanishes almost over night and you know things won't improve for several months, at best?

Fellow bloggers told me I should write posts about how to do "Disney at home" -- Disney board games, Disney crafts, and so on.

But I didn't try that tactic. I didn't think it was a good long-term solution.

Instead, I decided to do something a little daring and add a new niche to my blog.

After a few weeks of researching, thinking, and fumbling, I decided to branch into ... not parenting exactly (I didn't want to write about discipline methods or give parenting advice), but rather a "Fun with Kids" niche.

Which, if you think about it, ties in perfectly with Disney World Vacation Planning.

But I didn't start just writing some random posts. Oh, no. (This is the point in the article which you might find helpful.)

One of the many things I've learned about blogging over the years is that you need to do deep, not wide.

So I didn't start just willy-nilly writing about Whatever Came to My Mind.

Instead I picked one topic -- Unicorns -- and decided to work all around it and build a Unicorn Empire.

So far the most popular post is this group of free printable unicorn coloring pages.

Yeah, that surprised me too.

I also was smart enough to create some roundup posts by finding some Facebook groups created just for sharing, so I could get some other blogger's permission to use a photo as well as a link.

Because of that, I was to put together some nice-looking posts fairly easily:

If you're starting to wonder how all these unicorn posts are going to actually make me any money ... good point!

Which is why ALL those posts have links to a post about the best unicorn toys for girls.

See, there is a method to my madness.

Admittedly, so far I am not getting too much traffic from my Unicorn Empire yet (only about 1,300 page views from all of them combined.)

But I have at least two more unicorn posts ideas in mind (which, of course, will link back and forth with the others.) And these things [usually] take time.

After I've fleshed out my Unicorn Empire, I'll pick some other topic -- I already have one in mind -- and build another Empire.

And then one day, not too horribly far in the future, I'll eventually see my Disney World traffic start coming back. 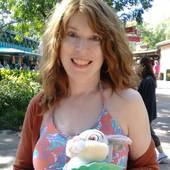 Just for Fun 10 months ago
bookmark_borderbookmark
Are Bath and Body Works Candles Worth the Money?