Blood Money (2013) is book number ten of the series of thrillers featuring Miami defense attorney Jack Swyteck by The New York Times bestselling American crime writer and lawyer James Grippando. I enjoyed this novel and recommend it an this series for your reading list. Click on the links to learn more about the author and his books.

The first thing you should know about bestselling author James Grippando is that he is no longer clueless—so says his wife, Tiffany, after “A James Grippando Novel” was a clue for #38 Across in the New York Times crossword puzzle. James is the winner of the Harper Lee Prize for legal fiction and a New York Times bestselling author of 28 novels of suspense, including the popular series featuring Miami criminal defense attorney Jack Swyteck. His latest, "The Big Lie" (HarperCollins 2020), is the sixteenth in the Swyteck series. His novels are enjoyed worldwide in 28 languages. As an adjunct professor he teaches "The Law & Lawyers in Modern Literature" at the University of Miami School of Law. He is also counsel at one of the nation’s leading law firms, where he specializes in entertainment and intellectual property law, representing clients who have won more than 40 Tony Awards. He lives in south Florida with his wife, three children, two cats and a golden retriever named Atlas who has no idea he’s a dog.

It is the most sensational murder trial since O. J. Simpson's. The nation is obsessed with Sydney Bennett, a sexy nightclub waitress and good-time girl accused of murdering her two-year-old daughter for cramping her party life. When he had agreed to defend Sydney, Jack Swyteck knew he'd be taking on the toughest and most controversial case of his career.

Millions of "TV jurors" have convicted Sydney in the court of public opinion.

When the shocking verdict of not guilty is announced, citizens across the country are outraged, and Jack is bombarded by the fallout: angry, profanity-laced phone calls and even outright threats. Media-fed rumors of "blood money"—purported seven-figure book and movie deals—ratchet up the hysteria, putting Jack's client and everyone around her at risk.

On the night of Sydney's release, an angry mob outside the jail has gathered to serve its own justice. In the frenzy, an innocent young woman bearing a striking resemblance to the reviled Sydney Bennett ends up in a coma. While the media blame Jack and his defense team, the victim's parents reach out to him, requesting his help. They don't believe the attack was the tragic result of random mob violence.

Searching for the truth about what happened that night, Jack makes a frightening discovery. Larger and much more powerful forces are working in the shadows, and what happened outside the jail is a symptom of an evil that infected the show-stopping trial and media-spun phenomenon of Sydney Bennett. 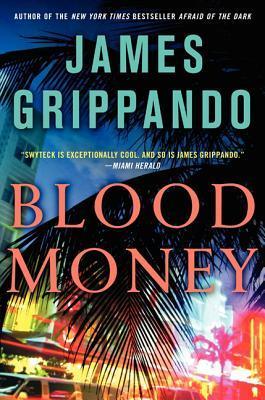 Sounds like and excellent read along with the others in the series. Thanks for the recommendation!

I got hold of Gone Again from my library to read on my phone, I know it is the middle of the series, but enjoying his writing so far, a new author to read and enjoy. Thank you for the recommendation.

Thanks  ROY KELLEY , wow... what a list of books.  I am not much of a book reader, as I am a book audio type of guy!!  Will venture into those and see which one peaks my interest... make it a great week... BTW, ok... I posted a new topic.

Thank you for sharing the whole James Grippando list with us, and the watermelon Gerber daisy...And you do deserve a Knighthood, Sir Roy!

James Grippando's "Blood Money," sounds like a great thriller read for the bookworms out there, Roy.

Hi Roy,  Congrats on the World of Dream Lens  Picture of the Day.  Thanks for sharing the books of James Grippando - sounds like a fabulous writer.

Thanks so much for your feedback. I hope you are reading a good book.