Laurens Hammond was born in Evanston, Illinois back in 1895 to William and Louise.  When he was three his father committed suicide.  So, his mother moved to France and then to Germany for the next 11 years.  When they returned to the States in 1909 he was fluent in both languages.  In 1912, he received his first patent for a barometer that sold for one dollar.

He attended Cornell University majoring in mechanical engineering.  He graduated in 1916 with honors. During WWI, he served in the 16th, Regiment Engineers for the American Expeditionary Force, rising to the rank of captain.

What you may not know about Laurens is that he invented the Hammond Organ and the Hammond Clock, the world’s first polyphonic musical synthesizer called the Novachord.  I’m not finished yet.  During WWII, he helped design the guided missile control systems, light-sensing devices for bomb guidance, new type of gyroscope.  All-in-all he held over 110 patents.

Good Morning, James,  Some people are so gifted and innovative! Thank you for sharing.

Good morning, James Dray  here's a photo of Laurens Hammond sitting at the keyboard he invented... 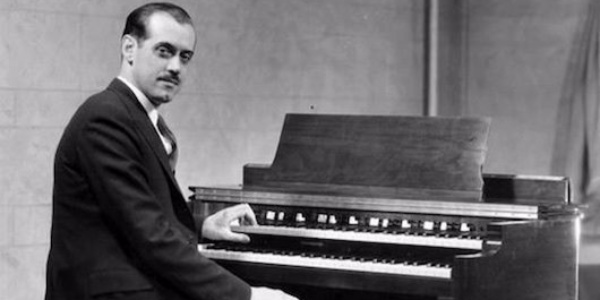 Good morning James. Talk about a man with a creative mind and Laurens must be in the conversation. Enjoy your day!

Hi again, James... even I've heard of the Hammond organ and clock... although I didn't know the story behind them... and now I do!

With a 110 pattens he must not had too much of a personal life,

Wow, what an amazing man. I always look forward to your posts.

James thanks to AR glitches I found this post of yours, the real reason I stopped in was to wish you a Happy Fourth of July, Endre

I suspect many have heard of the Hammond Organ and the Hammond Clock. But over 110 patents? Amazing array of inventiveness!