In a Florida Appellate Case the Buyer was hit with $850,000 in attorney fees and loss of its $285,000 deposit.  How?  Because the Buyer acting as their own legal advisor, did not understand the strict compliance of the AS-IS clause in a Florida As Is Residential Contract for Sale and Purchase (2012 version).

Here, the Buyer and Seller signed the FlaBar (Joint Florida Realtors / Florida Bar) As Is Contract for Sale and Purchase for a price of $2,830,000 with a deposit of $285,000. The deposit was in two stages: the first $50,000 upon contract acceptance by Seller and $235,000 upon expiration of the 10-day inspection period.

The Contract contained the usual provisions, which were:

-          The Contract cannot be modified except in writing and signed by the party to be bound.

-          A Seller Disclosure that Seller knows of any facts about the property that would adversely affect the value of the property and are not readily observable.

-          Buyer right of inspection within 10 days during which time Buyer may terminate the Contract by giving a notice of cancellation, or accept the inspections with merely requires no timely cancellation.

-          Return of Deposit – upon timely cancellation during the 10 day inspection period, Buyer receives a return of its deposit.

During the 10 day inspection period the Buyers learned of open unexpired building permits and the presence of Radon Gas.  On the 9th day the Buyers notified their broker by email that they had reviewed the permit history and were concerned that their visual inspection of the property did not coincide with the permit history.  They said they were getting copies of city filed building plans and may need to have a city building inspection see the property.  The communication from Buyer to its broker did not request an extension of the inspection period nor did it request a termination of the Contract.

The following day, being the last day of inspection, the Buyers emailed the Sellers a signed message with the heading “This communication is for settlement purposes only”.  In the email the Buyers accuse the Sellers of affirmative misrepresentations and fraudulent representations and claiming the property has significant diminished value that what Buyers offered to pay.  The email went on to state that litigation would be expensive with attorney fees of hundreds of thousands of dollars and during litigation the house could not be sold.  Lastly it says if Buyers don’t hear from Sellers by 5:30 PM that day, the matter would be going to litigation.

Clearly, the Buyer did not understand the specific and strict meaning of the inspection clause in the AS-IS Contract they signed.  And it was about to cost them dearly.

The matter could have been finished and the Buyers could have sued for their damages (costs of inspection, etc.) by just telling the Sellers on the last day of inspection that they are terminating the contract and accusing the Sellers of the alleged fraud.  But instead they threated a lawsuit presumably as a ploy to lower the price.  This necessitated the Buyer to avoid default itself by not making the 2nd deposit, so they made the additional $235,000 deposit accompanied with an email message that the deposit was subject to the previous emails and made in good faith to show the Buyer ability to close.

Thereafter, having set up a perfect storm for loss of their deposit, they hired an attorney.  The conduct of the parties thereafter was a second major discussion by the court.  Ultimately, because of the further opportunities of inspection (for Radon Gas) and other events, the court determined that the later discussions between the parties and the further inspections that were allowed to be made by the Buyers (not all of which inspections were made), there was no waivers or extensions of rights to terminate, and Buyer’s counsel’s letter of termination was merely an exercise of a non-existent right to terminate the Contract.

Incredibly, up to this point the Sellers made no claim to the deposit and contrary to the Buyers’ assertion, the Seller never set any pre-conditions to the release of the deposit.  However the deposit was held by the Seller’s broker and apparently their policy was to not release a deposit without a mutual release of deposit signed by Buyers and Sellers.  Buyer would not sign a release and thus the deposit never was released back to the Buyer.

The next week the Buyers filed their lawsuit against the Seller and broker.  They raised 4 arguments.

1.  The payment of the second deposit was not a waiver of the right to terminate.

2.  Sellers alleged non-disclosure of radon issues was not waived by Buyer.

3.  Sellers conduct constituted a waiver of their right to receive the deposit.

4.  Buyers were entitled to a summary judgment on the Breach of Contract claim against the Sellers and their claim for return of the deposit.

The trial court determined that each of the issues was addressed in the Contract’s plain language.  Buyers took an appeal.

The appellate court found no error by the trial court with the following key points:

B.  The Inspection Period is the fixed number of days in the clause.  There is not right to any extension, unless put in writing and signed by the parties.

C.  The Buyers had the right to inspect under the Radon Gas clause and chose not to obtain that test.

D.  The Buyers could not both claim a fraud and at the same time rely on the alleged fraudulent facts to support negotiations aimed to resolving the dispute.

The remedy the court found was in the default paragraph common to most contracts – if Buyer fails to perform its obligations, the Seller may elect to recover the deposit as liquidated damages or proceed to enforce its rights under the Contract.  Likewise the attorney fee clause in the Contract provided for the prevailing party to recover from the losing party, its attorney fees.

The Buyers sought to transform the AS-IS contract into a continuously negotiable price transaction through the conditional tender of the 2nd deposit and allowing the due diligence/termination period to expire without a cancellation notice, apparently out of fear that a back-up contract buyer would then get the property.

The result of not having competent counsel from the beginning cost this Buyer over $1 million dollars.

When we represent a Buyer in an AS-IS Contract, the primary date we are concerned about is the deadline for termination of the Contract.  If there is any negotiating that must occur, we need to get it done during the inspection period or we need to get a signed extension to the inspection period.  Otherwise the AS-IS Contract gets terminated and we try to negotiate afterwards.

See our easy to find articles at

Good morning Richard Zaretsky - this is really an expensive nightmare and lesson about having the correct representation.

It is amazing - we see people all the time thinking that they can "open up negotiations" at the end of the AS IS due diligence period and the right to cancel just keeps continuing.  It really is black and white - either its terminated or it is waived.

Richard- one thing I know is that the best thing to do is get an attorney involved at the beginning!

Good information - thanks for sharing!

Good article! I read it twice. I never really understood how the "as is" provision impacted on the due diligence deadline, and what the buyer must do in order to avoid severe consequences. This case shows that when you are not a lawyer, you have an real fool for a client. Serves him right. Any buyer reading the article should run to an attorney, not walk. 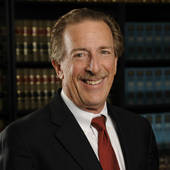