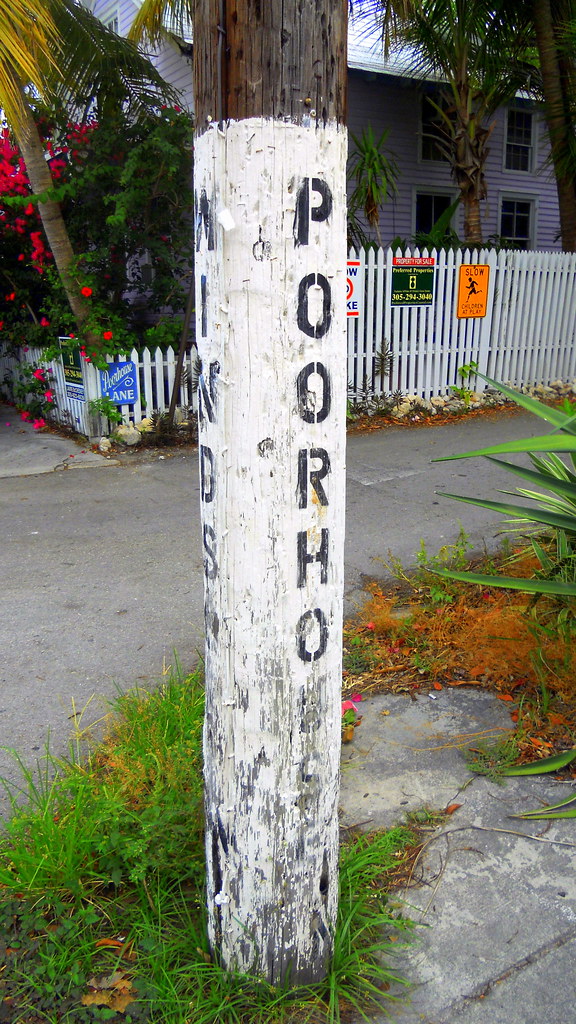 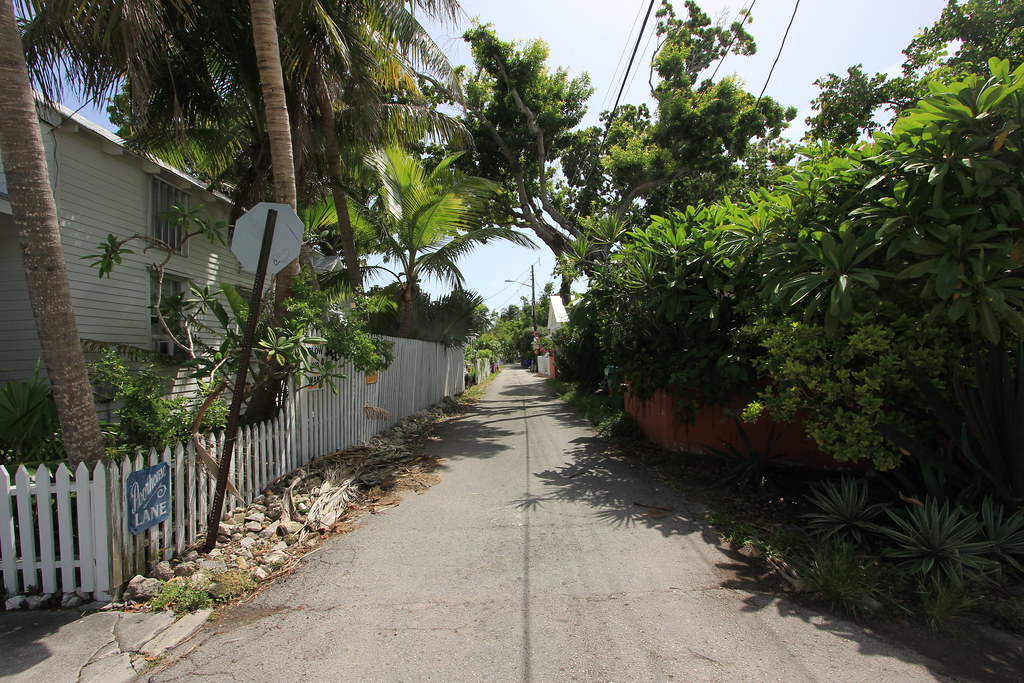 In his book The Streets of Key West: A History Through Street Names author J. Willis Burke informs us that "Over the other side of Solares Hill a couple of entries are self-explanatory. Galveston Lane is named for the Texas gulf coastal city that was served by the Mallory Steamship Company, and off Windsor, on Poorhouse Lane, a poorhouse was once tucked away." You may ask yourself why anybody would want to live on a street with such a desperate appellation. Most of the houses on Galveston and  Poorhouse lanes were modest in construction and it was the price of rent or ownership that made houses on these lanes desirable. Over the past three decades most of the houses on Poorhouse have been or are being renovated to some degree. Let's look at 725 Poorhouse Lane, Key West which will surprise most readers. It certainly did me. 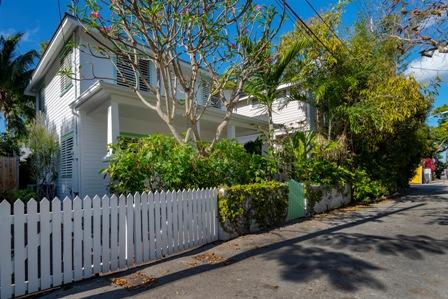 I have a customer who is actually "renovating" a house a hundred feet or so to the east of 725 Poorhouse Lane shown above. I often park my car in the neighborhood parking area across the street. I have walked or driven past this house dozens and dozens of time. I thought it probably dated back to the 1890s. I attended an open house yesterday afternoon when the listing Realtor told me it was newly constructed in 1997. I went to my old shoebox and found two photos which explain what happened. The first photo shows the house that originally sat on the lot followed by another photo of it and the house next door destroyed by fire in 1992. 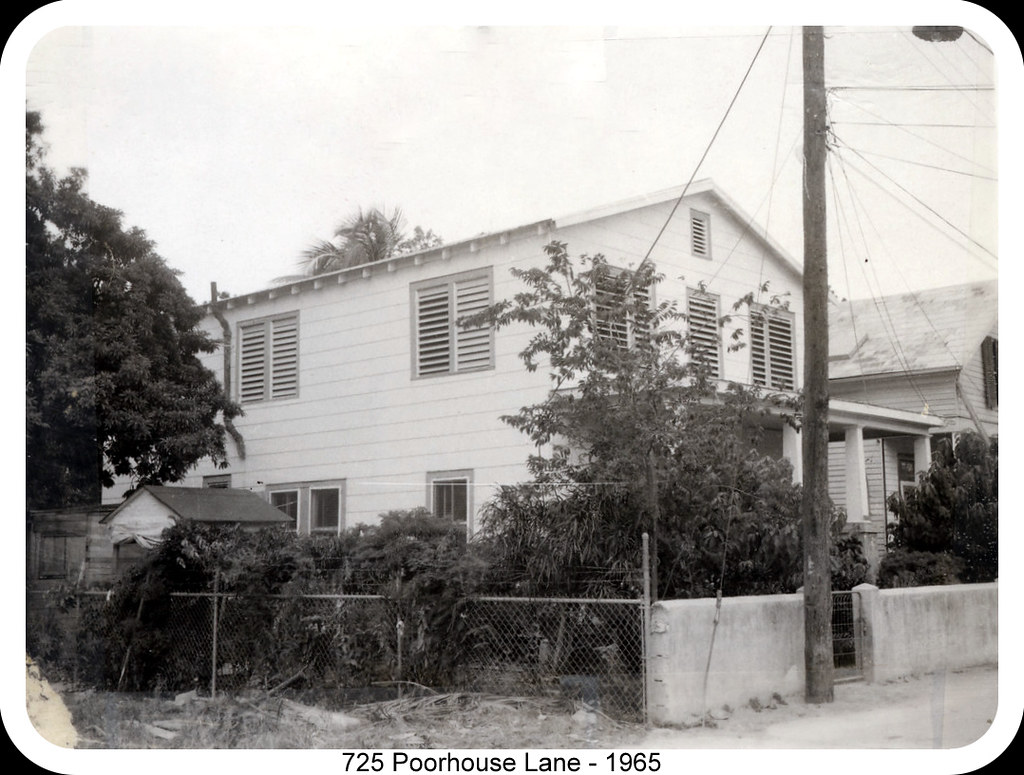 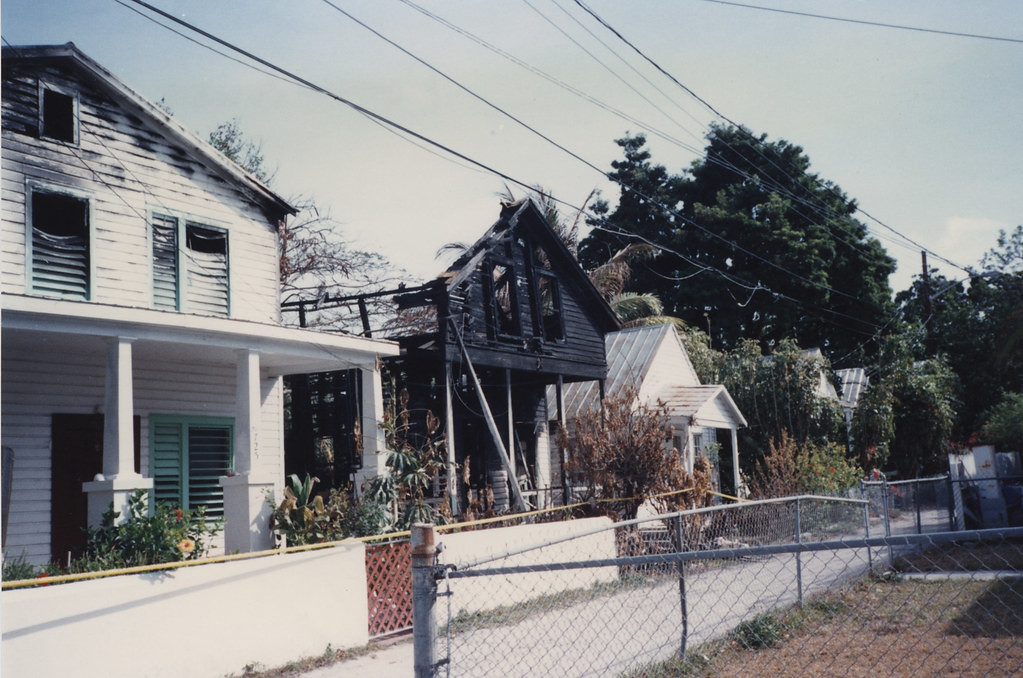 The Monroe County Property Appraiser records show the original house was demolished in 1996 and a new house built in its place in 1997. Jay Fairbanks was the general contractor. He has built some of the best homes in Key West. 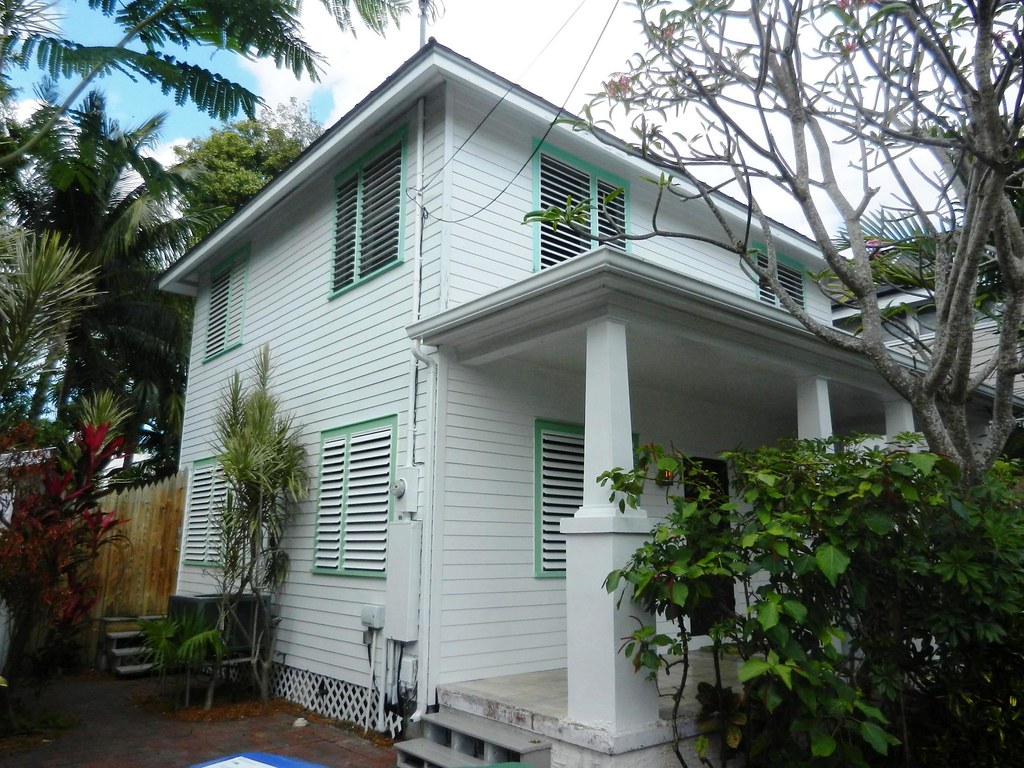 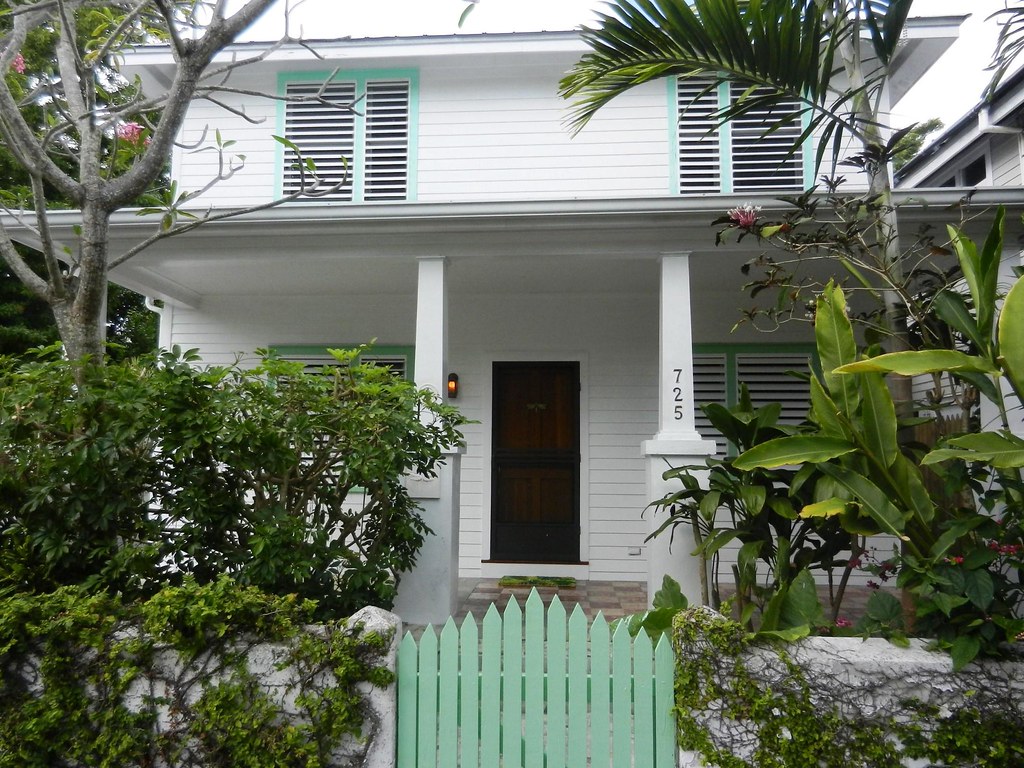 The above photos show the new house as it appears today. Notice the old cement fence was not destroyed by the fire nor was the Cuban tile front porch. The new house was built to match the original house. I entered the door still thinking the place was old. It looks it, but that look is intentional. Unlike so many new houses and renovations, the character of this house reflects the aesthetic of generations long passed. It is so simple. It is solid. It is functional. The Location is incredible. 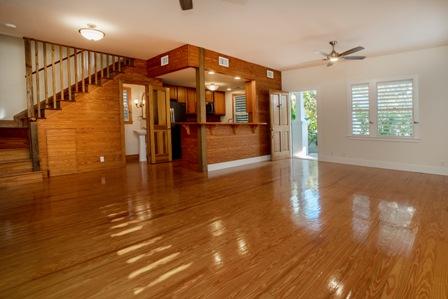 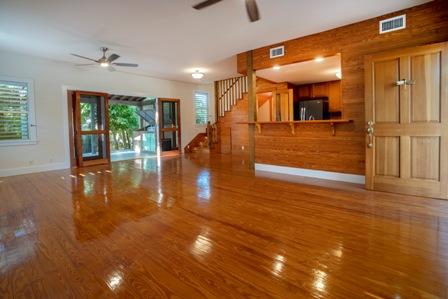 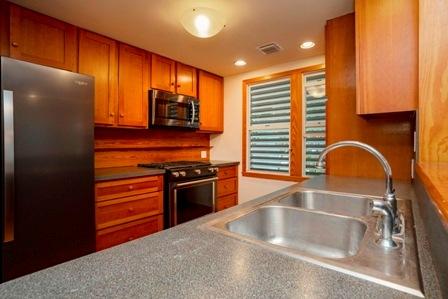 The listing Realtor describes the house this way:

"Substantial price reduction on replica of an Historic Old Town home. Built in 1996 and a Gold Star Recipient of the Historic Florida Keys Foundation Award for Excellence in New Construction, this 2 bedroom 2 1/2 bathroom home is being offered for sale from the original owner. Some of the features are Shutter Hung windows, hardwood floors throughout, Hardi board siding, off street parking, separate utility shed with power and water, large covered porches front and rear, custom kitchen cabinets, freshly painted inside and out, spacious closets in both bedrooms, drop down attic stairs, central AC, irrigation for plants, fully fenced, brick paver patios and room for a pool. Great as vacation rental or primary residence. Walk anywhere in Old Town from here." 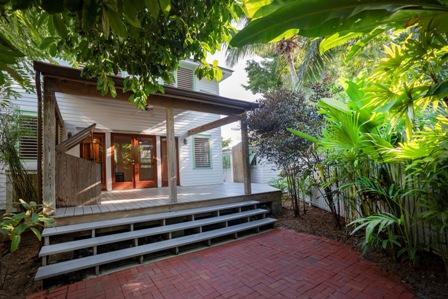 Like most first time guests to a house in Key West, my eyes and then my feet were drawn to the covered rear porch and rear garden. The irregularly shaped 3,000 sq ft lot is large enough to add a small pool if one wanted one. Not every  owner wants a pool. Having the space gives a new owner th opportunity to do whatever he or she or they, them, etc. want. 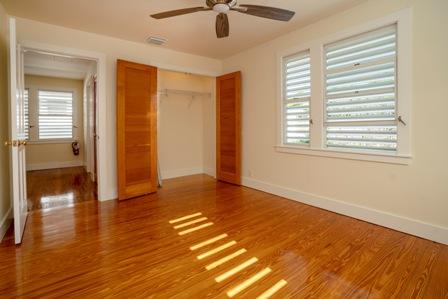 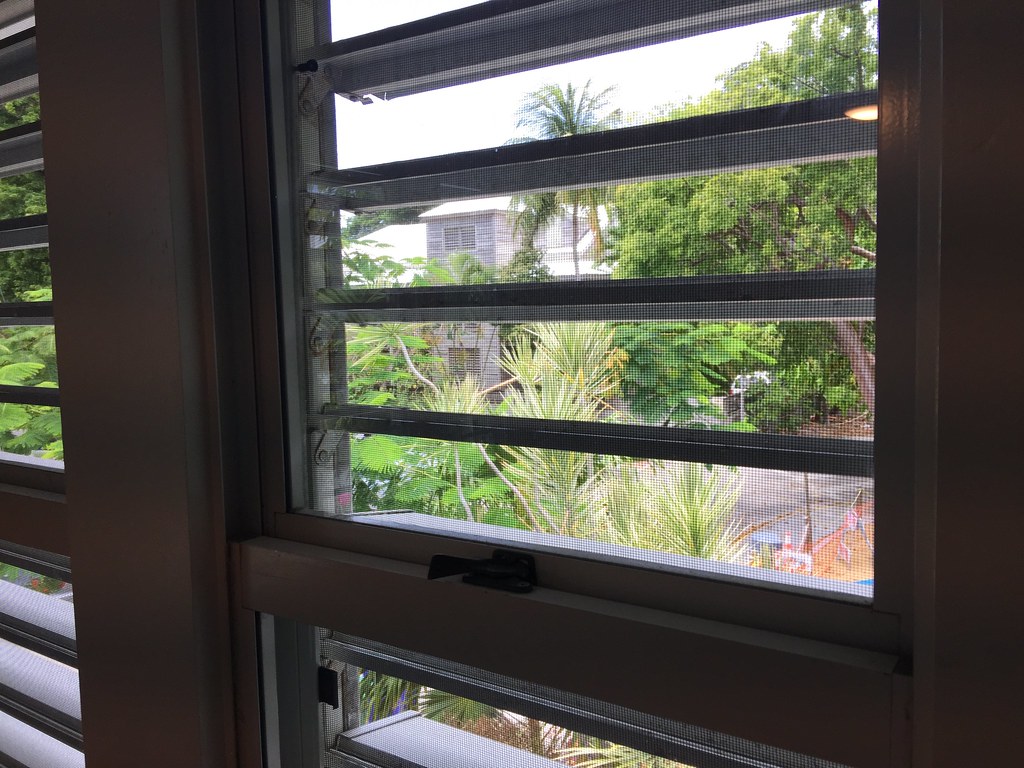 All of the louver-style windows are/were new as construction. They were used in several large homes in Old Town, Truman Annex, and The Meadows in the 1980s and 1990s. A simple twist of the know opens and shuts the louvers. There is screen as well. I was immediately drawn to take a closer look and was sold on the views. They are keepers. The front bedroom looks across Poorhouse lane as it wraps up toward Olivia Street. You can also look out to Bill Butler Park. The rear bedroom also looks out to the park and also to the backside of a major home on Upper William Street. There are two major homes on that street and that is all I will say about that! You gotta see the views! 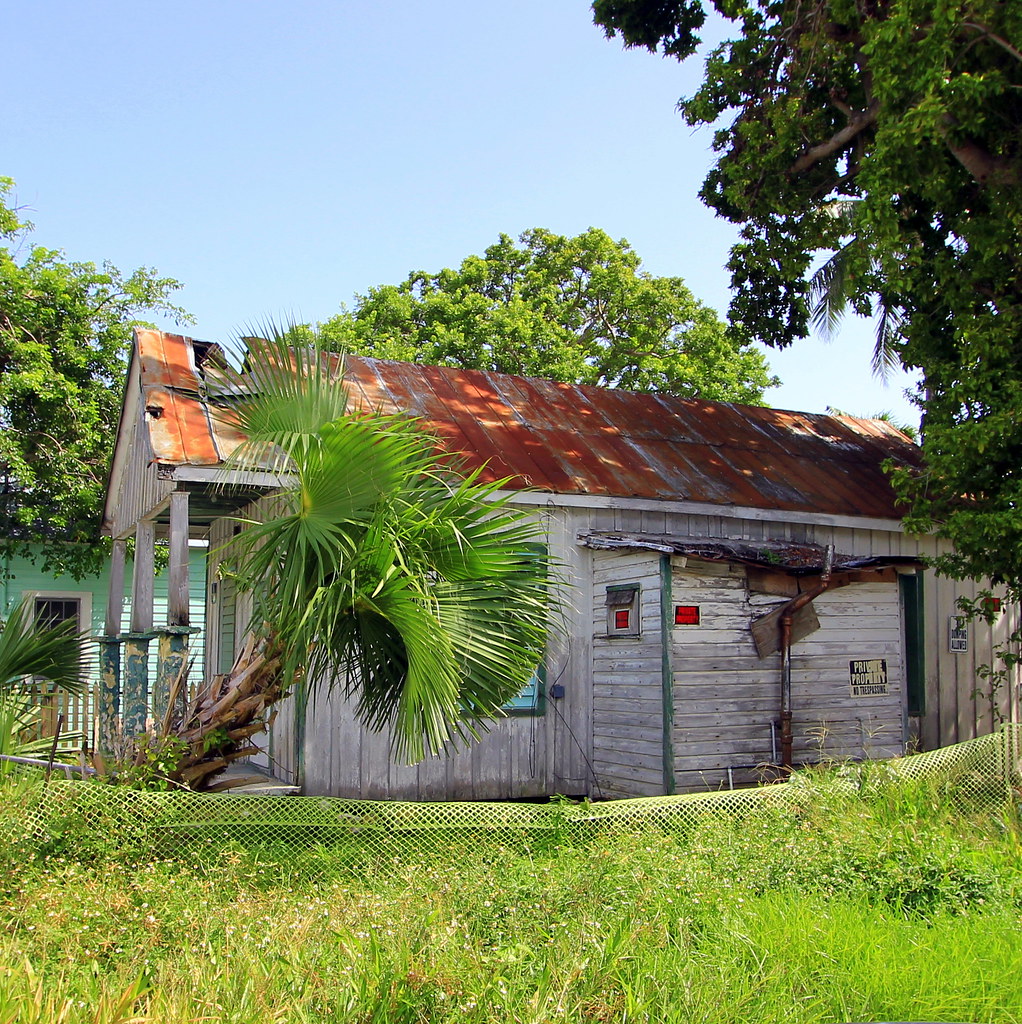 There are potential buyers who would see the falling down cottage across the street and down a piece as revolting. I beg to differ. I know someday it will be renovated and made all new and fancy. Until then I revel is its glory. There are so few of these original houses left. That's part of the joy of living on Poorhouse Lane. You can walk your dog down the lane to do its duty or let you kids or grandkids play in the park next door. All the stuff on Duval and the Seaport is within easy walking distance. And yet is so far away as it is like it doesn't matter at all. 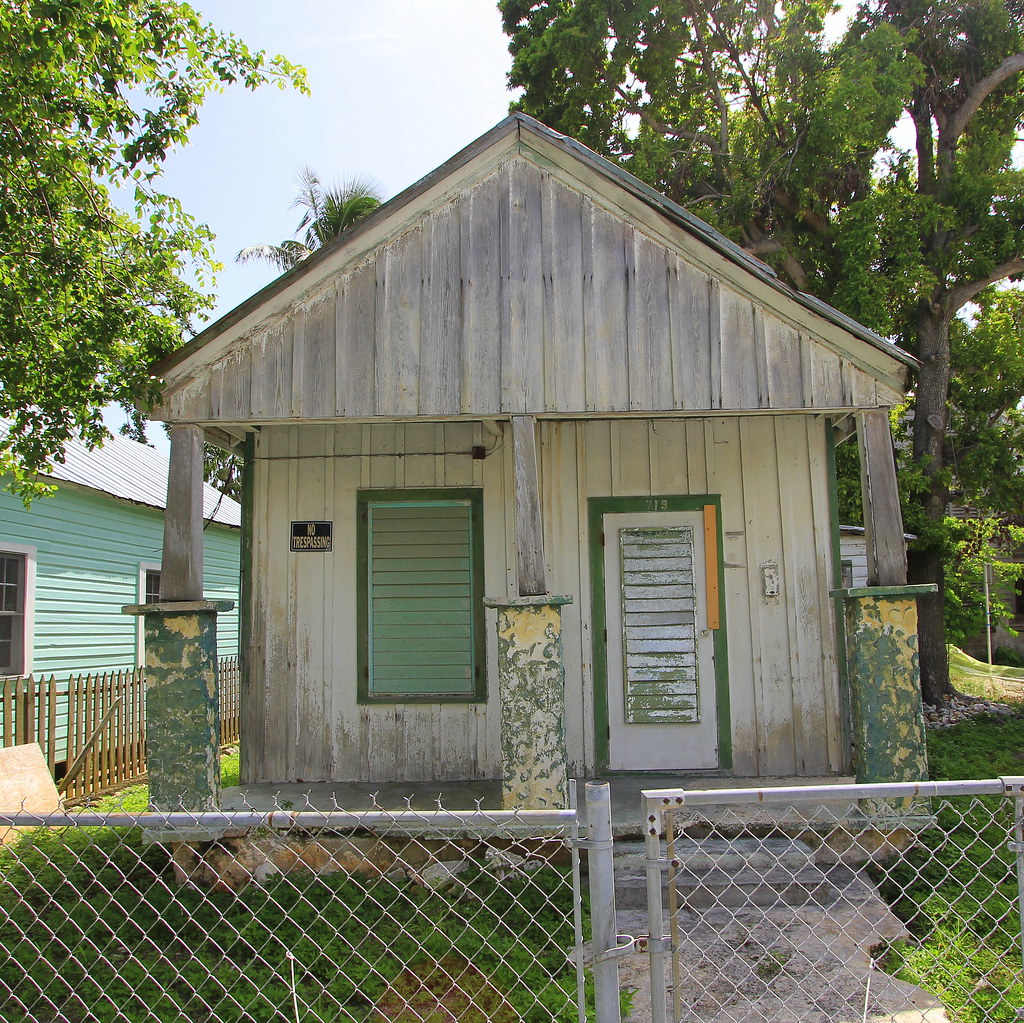 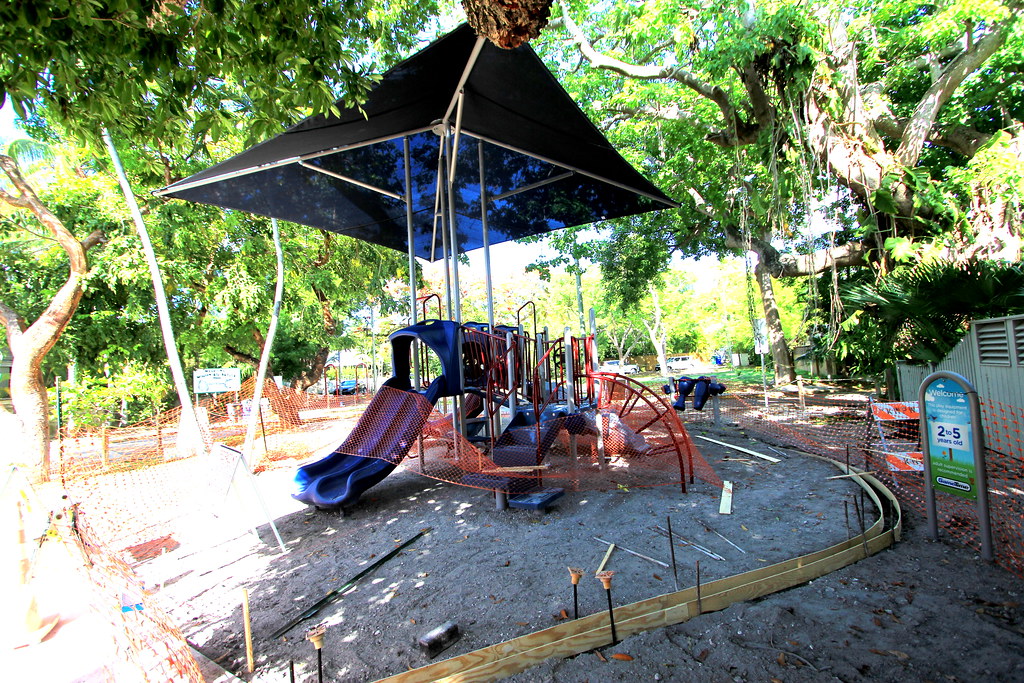 The park is under renovation. Hurry up City of Key West. Kids need this finished.

CLICK HERE to view the Key West MLS datasheet on 725 Poorhouse Lane now offered at $960,000. Then call me, Gary Thomas, 305-766-2642, to schedule a private showing. I am a buyers agent and a full time Realtor at Preferred Properties Key West. You are going to like this house and love this quiet location. 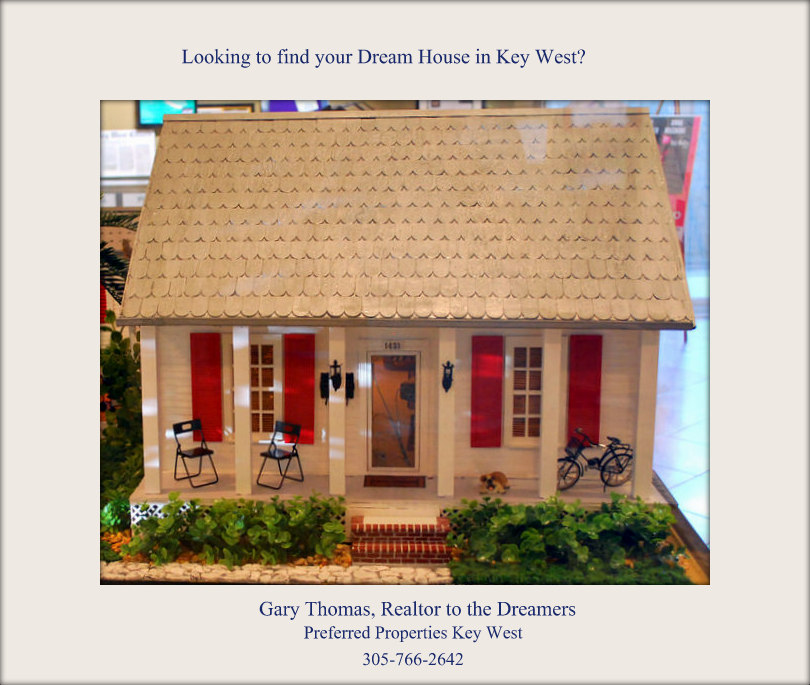 Good morning Gary. Your knowledge of the market and the history of every home continues to impress. Enjoy your day!

Wayne, I learned something on this home!

Hello Gary - I recall you previously mentioning Poorhouse Lane in Key West.  With each post I read, I learn a bit more about the history of the area as well as your extraordinary knowledge of the area.