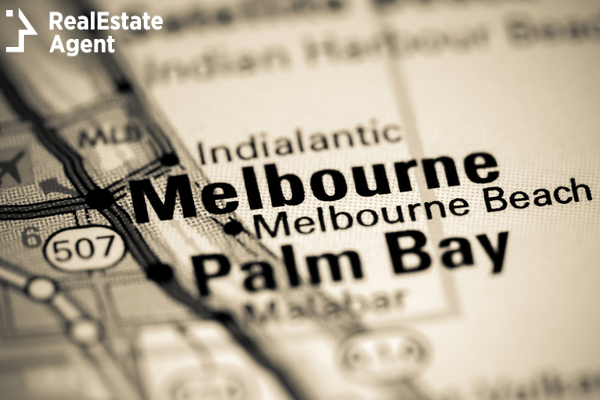 History has a funny way of impacting everything, from the smallest of communities to the biggest metropolises that are older than we give them credit. The same happened to the city of Melbourne, FL even if it was only incorporated in 1888. You will find the amazing city of Melbourne, FL on Florida’s eastern shore in Brevard County and its history made it become the second largest city in the county.

This medium sized city located on the eastern side of Florida’s coast came to be what it is today through a combination of different moments that altered its history. While today the city of Melbourne, FL is a technology hub that also integrates the aerospace industry among its many other industries, it has evolved a great deal over the years. While this Space Coast city is not particularly considered an old town in Florida, it has a rich history that started before the country of which it now belongs even existed.

We are going to recall some important moments in the history of the city of Melbourne, FL that should not be forgotten. From the following list, aside from a bit of history, it will also provide you with information about where you can see the remains of those emblematic moments throughout the Melbourne, Fl area. Not much is known about what happened in the area that is now occupied by Melbourne and its surroundings before the first Europeans arrived. New archeological discoveries, however, are trying to paint a picture of that era and, while the picture isn’t moving, it does have bones. The “Bone Bed” discoveries tell of a history before the time of men. It was found that during the prehistoric times this area was inhabited by many animals that no longer exist. In the 1930s archeologists found fossils that date back from 10,000 to 20,000 years ago. Since then the site has produced bones that pertained to mammoths, saber-tooth cats, mastodons, ground sloths as well as camels.

The sites where those discoveries were found are located on the east bank of Crane Creek, where a Golf Course is now located, and the Singleton Estates. Known for his avid search for the Fountain of Youth, Ponce de Leon was a Spanish explorer, born in nobility. His life’s goal had been to find this so-called fountain of youth but he is also remembered for other accomplishments. For example, he is the one who named Florida. Back in 1513 he led the first expedition to the New World and on that voyage he came up with the name La Florida. For a long time it was believed that during that expedition he reached St. Augustine, FL. New discoveries contradict that story. It is now believed that on April 2 in 1513 he landed near Melbourne Beach, FL.

This is commemorated in the shoreline park on a small patch of land in Melbourne Beach through a statue representing him. For more exhibits of the historic moment, the Old Town Hall also commemorates Ponce de Leon as well as some Spanish shipwrecks. The true beginning of the city of Melbourne, FL started in the first half of the 1870s after the Civil War when the first permanent settlers came to what was then known as Crane Creek. These three men were Peter Wright, Balaam Allen and Wright Brothers. They were former slaves that wanted to start new lives for themselves as freedmen and so they settled in Crane Creek in between 1870-1872. Between 1874-1875 they were followed by some white families named Clohecy and Bradley. After them, in 1878, C.J. Hector, an Englishman came from Australia. It was him who came up with the idea of renaming the city after Australia’s Melbourne, a city where he had lived for several years.

To remember the beginnings of Melbourne, FL you can find a commemorating plaque in a small park by the Indian River Lagoon. The park’s name is the Overlook Park and the plaque is at the end of Bluff Walk on one side of the park. In order to join the Second World War effort, what is now known as the Orlando-Melbourne International Airport, back then the Eau Gallie-Melbourne Municipal Airport was designated to work as a training location in 1942. The airport’s name was changed to the Melbourne Naval Air Station as it became a part of the nation’s defense strategy. Both Navy and Marine pilots were sent here to finish their training and by the end of the war over 2,200 pilots had left the station after learning to pilot both Grumman F4F Wildcat and F6F Hellcat fighter planes. In February of 1946 the Station returned to its previous purpose and since then it has been the city’s airport.

The airport maintained its primary purpose but evolved from a municipal airport to an international airport. It now services Orlando’s residents as well as Melbourne’s.

The Growth of Melbourne, FL Melbourne, FL didn’t grow into the metropolitan city that we know today on it’s own. Parallel to the growth of the city of Melbourne, FL, Eau Gallie was going through its own growth. Both cities developed on their own ever since the first settlers and they have distinct cultures and identities. The idea for a unification came from Melbourne as they wanted to become a more influential part of south Brevard. The initial idea was to merge Melbourne with Indialantic, West Melbourne, Melbourne Village, Melbourne Beach, Palm shores, Palm Bay and Eau Gallie at the same time in order to make Melbourne one of the biggest cities in Florida. That vote for the mega-city did not go as planned but in 1969 during a vote that focused on merging with these cities individually, Eau Gallie voted for the merger while all the rest voted against.

Eau Gallie has the most interesting galleries so whenever you’re in the area be sure not to miss the building covered in murals or the trendy restaurants and cafes.

In order to truly understand how the city of Melbourne, FL got to where it is today, one must consider all those little moments from history that might seem not as relevant today. However, all those little moments added to the history of the city and turned it into what it is today. A city with a rich history, as it is explained above, with an embodiment of culture to its very core, a city that is very much aware of how each moment from the past affected its development, and, finally, a city that won’t stop growing. If you want to live in this history backed city just get in touch with real estate agents in Melbourne, FL.

For further analysis, let us know in the comments below what you think of this city’s growth through its history. Like & Share with people close to you that have an avid interest in quirky and interesting moments from history.