Ben Kinney is NOT a villain.

You can vilify him if you want..

There are many that are persecuting him when he's trying to help you.  Many of you may not agree with the following post.  I really don't care.  If you don't like it or the Rain or Ben himself, then leave, quit, delete your profile.  For all of you negative people that are on here, shut your mouth and be quiet.  You can catch a lot more bees with honey than vinegar.  I learned at an early age that if you have nothing nice to say...

We (Debe Maxwell and 25 others) had the pleasure of having him on our Zoom call yesterday going over what some of his plans are for Active Rain and what some of the issues are.

When the website was purchased by Ben, nothing was as it was said to be.  Active Rain wasn't making money every month, in fact, it was losing money, but some of these things were hidden from him.  If you didn't know, the website is very complex and there are many facets to it. The main issue or problem is that the coding that was used to make this site was made with old code that had many issues on updating it, which he has been doing incrementally at significant cost.  Many sites are made with old code because that's the code that was used at that time, however, many of those sites could be updated as was needed, AR wasn't. SEO is a big thing to many and it should be.  This is one of the many things that he and his team are working on and trying to fix.  There are many different components to Active Rain, many that you don't think of, but are there.  All of these things take money and lots of it.

I and others agree, that we wouldn't keep AR going at a cost estimated of losing $500,000 a year.  That's a half million dollars!  I like many of you, but come on, let's get serious for a minute.  I might like you, but not 1/2 million dollars a year just because you're nice.  Sorry.

Some of the things that Ben's thinking about are making AR separate from a more localized approach for many to get news, reviews and information.  Something I feel that's needed out there.

Many of you are upset that a month's worth of posts and points have been lost.  OK, it sucks.  It's affected all of us, but he's been working on getting them back and he's got most of it.  Now, he's trying to get it integrated back into the Rain.  Personally speaking, you can't please all of the people all of the time.  I think that putting this lost information back is going to create a whole new set of problems and nastiness coming from some of you.  Hey, he's doing a lot of this out of the goodness of his heart.  I wouldn't the way many of you are acting.  OK, Ben hasn't been able to follow up on some of the promises he made at the beginning.  If I was losing that much money every year, I'd piss a few of you off and go about my life.

I have found him to be humble, transparent and thankful to know many of you.  Even his detractors have his understanding.  ???

The bottom line is that he has given us a place to go to and even though money has been offered to him by many of us to continue his efforts, he passed.  He said that he doesn't want to take our money until he knows that he can fix the site the way that it should be.  That's the kind of guy he is.

I and others have different thoughts about that money issue.  Many of us would really like to help.

Ben has said to us that he wants to be more involved with us and update us monthly.  On this past call he shared with us some screenshots of what he may plan on doing with the site, though he's not positive yet.  On the future calls, he'll continue on having an agenda to go over with many of us.  He'll also be listening to some of our thoughts and ideas since we are the Users of the system.

As I said before, that's the kind of guy that he is.  He's a regular guy trying to help us out.  He doesn't have to, but wants to.  You may vilify him, but he's not a villain.

Groups:
ActiveSEO
Addicted to Active Rain
Almost Anything Goes
Out Of The Box!
Bananatude

Thank you for your take on this subject.  It's ok to voice your own opinion, there is nothing wrong with that.  Most people don't get along all of the time and there are many differences.

Personally, I don't know who these unnamed people are, I just know that they are out there.  What I'm saying is that you can be negative about something, not like what someone is saying or doing and even be critical.  There is no need to be downright mean and hurtful.  What does that accomplish?

Regarding John, he's entitled to his opinion, just like everybody (even me), but he didn't do it in a mean and spiteful way.

Yes, Ben has been a "ghost" as you say, he has even admitted that, however, moving forward he does hope to change that.  We or he can't change the past, only the future of this day forward.

Not every post or thought is going to be sunshine, rainbows and unicorns.  I understand and accept that.

I reread the comment that you were talking about and didn't see where I was speaking out of both sides, if you can, please point out what you saw.

I will never take what you have to say as hard feelings.

What makes America great is that we can voice our opinion.  There is nothing wrong with that at all.  Where I differ with others is that they choose not to be tactful in what they say and attack others.

Things do happen and in this case June was lost, however, as I stated, he said that he got them back and is in the process of returning them to us.  This is a larger undertaking than most people realize and is time consuming and expensive, but he's trying to get it done.

The solution that I have is to be constructive and not be destructive.

I hope that others get success too.  It's a great platform that has and can have many benefits.  I do hope others get what you have received.

Ben was very forthright and trasparent with us.  Hopefully, he can bring AR back to what it was.  He's trying.

The power that has helped shape AR is undeniable.  Ben did tell us yesterday that he's working on bringing it back to the SEO that it was.  He did buy into a system that needed quite the investment and he has taken that on.

The big picture is important and let's hope that he's able to keep it going forward.  Hopefully, it's not too late.  I don't think it is.  There are many on the site who are considering jumping ship.  They should stay a little bit longer, I don't think that they'll get wet.

I agree that it can be frustrating when things don't work out when you want them to.  I am not a coder or a programmer, so I'm not able to guide you when it comes to 'down' times.  I can say that Ben is aware of these issues and that he's working on them.

It was a great call, happy to have been on it and heard from Ben himself. I found him to be honest about the mis-steps, mistakes and challenges he has faced. We only learn from mistakes, when things go well we cruise, when it is hard we adapt and change. I will stand by him and AR, even when it is frustrating and with the eyes wide open knowledge that this is going to take some time and effort on all parts. Meanwhile we are also dealing with a daily constant attack from outside sources as well.

Jeffrey Richman
THANK YOU FOR SAYING YOUR PIECE !!!

BEFORE AR WAS RESCUED BY BEN KINNEY, AR had been KIDNAPPED TWICE. All of us are lucky that Ben rescued us. Each of the kidnappers had damaged AR. Lots to clean up!!!!
Like
favorite_border 2
Debra Leisek
Bay Realty,Inc Homer Alaska - Homer, AK

Yes, it was a great call and glad that you could be apart of it. He needs our support as he has been supporting us by keeping the site alive.  Yes, things have taken much longer than anticipated, but hopefully, that will change.

Ben has given a voice to many of us on AR and with luck, will continue to do so.  All we can do is go forward.

He's not a villain at all, but, in my eyes a savior in the fact that he's kept AR going at great expense.  Business and personal.  As you have said "it is what it is"

I really appreciate your perspective and the obvious support of Ben. But you might want to take your own advice.  "For all of you negative people that are on here, shut your mouth and be quiet.  You can catch a lot more bees with honey than vinegar". Does not seem to be the most effective way to ask people for understanding.

If one does not care for the platform, they have the option to leave and pursue some other means.

As a long time member, I'm hanging in there as I still enjoy and learn from the forum.

I'm an optimistic person. I'm hopeful this platform will get beyond these bumps and survive the years to come.  It is wonderful that Ben shared what is going on with the current situation. And it does make you marvel that it's still going at great expense to him.

I did mean what I say.  Differing opinions are one thing.  Bashing is another.  If they can't say what they intend to say in another tone, don't say it at all or leave this platform.

Membership for ActiveRain is indeed optional.  If you don't like it, you don't have to stay.  I know Ben does a lot of good in many areas, including here.  We should all be generous and productive as he is!

It'd be great if everybody thought that way, but they don't. Just like everything, if you're not happy with what's happening, you can leave or if you want to stay, work within the parameters that you have.

Lots of comments on this post. I will take me a while to read them all. I want to do so because I value the opinions of all who have contributed.

I also value what Ben Kinney has done in keeping AR going in its current condition. We may not be satisfied with the current product but we have not abandoned it. Neither has Ben. I am optimistic that the future will reveal good things for AR. 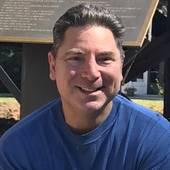