Patrick Francis Healy was born in Macon, Georgia back in 1834 to Michael and Mary.  At an early age the family moved to New York where he received his education at a Quaker school in Flushing, New York.  In 1844, he enrolled at the College of the Holy Cross in Worcester, Massachusetts. He graduated in 1850, entering the Jesuit order continuing his studies.

He left the United States to attend the Catholic University of Leuven in Belgium earing his doctorate.  While he was there he was ordained into the priesthood on September 3, 1864.  In 1866, he returned to the United States teaching philosophy at Georgetown University in Washington, D.C.  In 1874, he was selected as the school’s twenty-sixth president.  He is given credit as to the transformation of Georgetown from a small nineteenth-century college into a major university.  He modernized the curriculum expanding and upgrading the schools of law and medicine while requiring courses in chemistry and physics.  He died in 1910, he was 75.

What you may not know about Patrick is that he is recognized as the first U.S. citizen of African descent to earn a PhD, to be admitted to the Jesuit order and to be president of any predominantly white college in the United States.

Good morning, James... now that is a list of accomplishments anyone could envy!

He sure used his talent to excel. Stay safe out there.

Obviously he was a man unused to excuses for himself or others. He set a high bar and is an example that color is no reason for not excelling and given the right circumstances can acheive much.

Good morning Patrick. Those who move forward in the face of adversity are victorious in their quest. Enjoy your day!

Hello James,  Another first in his field and someone that moved forward and did a good job.

Sounds like the Jesuits did the right thing when it comes to being color blind, without anyone telling them what to do.  A 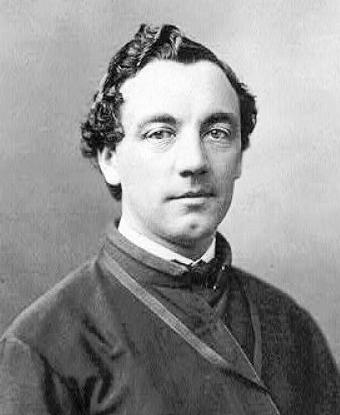 Helllo James - thank you for an additional piece of Georgetown history.

Hi James- what an amazing accomplishment for this gentleman!!!  I wish that more stories like Patrick Francis Healy's were told especially to our school children.

It's hard to imagine how hard he must have worked to achieve the success he did and in the time (era) he did James Dray .

I wish this story would be featured on Main Stream Media today!

I always enjoy reading these stories of others who have achieved so much. And I learned a few things, too. Georgetown continues to have a terrific reputation.

Patrick Francis Healy accomplished so much in his lifetime. Pretty amazing for a guy who was born into slavery and 1/8 African-American.