La’Shanda Renee Holmes was born in Plainfield, New Jersey back in 1985.  Don’t know what the circumstances were but she grew up in foster care.  Regardless, she put herself through Spelman College.  After graduation, she enlisted in the United States Coast Guard.  She was appointed as a White House Fellow in 2015 by President Barack Obama.

In 2015-16, she was the Special Assistant to NASA’s Administrator General Charles F. Bolton.  She sits on the board of directors for Tomorrow’s Aeronautical Museum, the Foster Club and Girls Fly.  From what I could find she still is with the Coast Guard.

What you may not know about La’Shanda is that she is also a pilot.  She was the first African-American female helicopter pilot for the Coast Guard, stationed in Los Angeles she was an Aircraft Commander at Air Station, Los Angeles, she is qualified as a rotary wing air intercept pilot.  She has over 2,000 hours of flight hours conducting search and rescue, counter drug, law enforcement and Presidential air-intercept missions.  She is currently a Lieutenant Commander in the Coast Guard.

Show All Comments
Daniel Elton
Daily Pips Signal - Bouckville, NY
I am working as a representative of the company

Thanks for your informative articles

Thank youvery much, James, for sharing this interesting story.

An interesting story, James. You've been on my mind these past few days...hopefully you are not in the direct path of the hurricane and are staying safe.

She has led an interesting life under the circumstances. 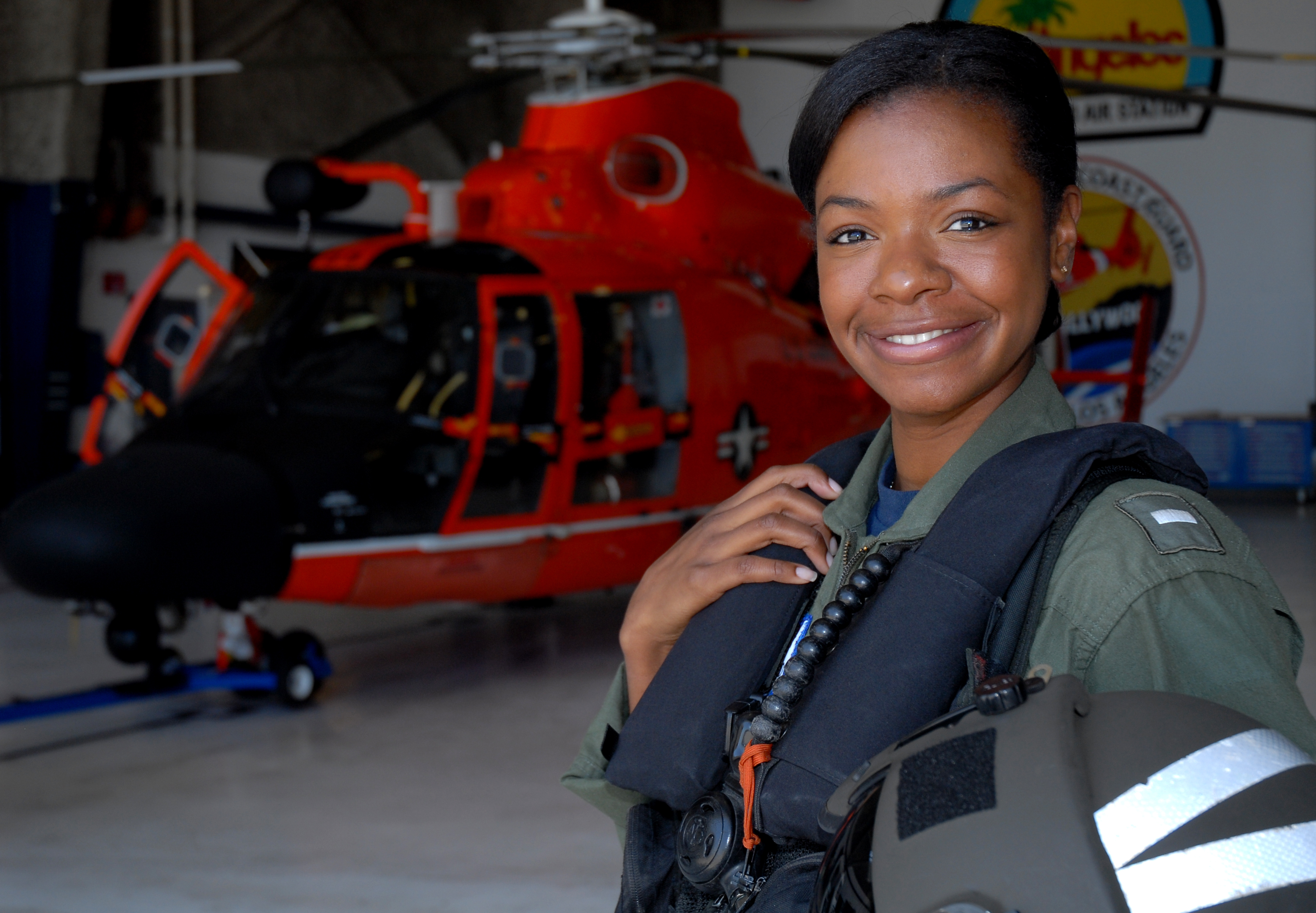 You just can not keep talent on the ground. Stay safe out there.

You just can not keep talent on the ground. Stay safe out there.

Good morning James. Some people only see the light at the end of the tunnel as a reward for hard work. Kudos to La'Shanda! Enjoy your day!

I love Donald Urschalitz 's comment James Dray . While my Tina was in Basic Training I was surprised at the large number of young women enlisted to serve our country. Contrary to the empression the news gives there are many, many more young people who LOVE the USA.

Another story of a great American hero. She is so young...just amazing.

Thanks James for the story on this outstanding lady in the Coast Guard.  Make it a great day!

So glad that Barbara Todaro posted her picture.  What a pretty and accomplished lady she is.  A

Wow, what am impressive career so far, with more achievements to come, no doubt.

This is definitely a great success story and I love hearing them!  I hope that your day is being enjoyed!

Hi James - so many accomplishments and many more to come.

Hi James- now that is quite the achievement and I know there will be more honors and achievements to come.

I had a client who was a great helicopter pilot. She had 2 tours in Iraq and was tough as nails. Great post today....

I hope you are safe. Happy Thursday evening Jame

I seems to me that La'Shanda Renee is leading a great life and enjoying her passion for flying. Good for her!