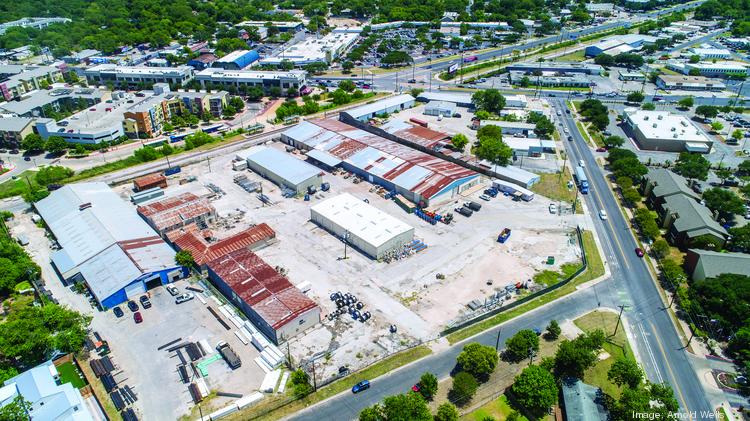 Austin is going to be turning the Ryan Drive storage lot into more housing and parkland development. Austin Energy purchased the 5.5 acres on the edge of Crestview in 1997, where it has been using the site for operation storage. This has been an ongoing discussion for years, privately among neighborhood residents wanting something more useful, and now publicly as the city of Austin finally decided to take initiative and move forward with the restoration plan. For many who live in the surrounding communities of Brentwood and Crestview, the cluttered storage has been an eyesore.

Located just west of North Lamar Boulevard, at the corner of Justin Lane and Ryan Drive, plenty of pedestrian traffic gets to see this everyday. Including the people who come off the Crestview Metro Rail and Bus Station or are picking up groceries at the beloved Dias Market. The process will require a few items including pedestrian and bicycle infrastructure to the railway, open space parkland of 1.25 acres, and at least 300 housing units, 50% occupied and subsidized for lower-income residents!

This is a great opportunity for community engagement and collaborative effort amongst prospective developers. We are excited that our community is coming together to create more curb appeal in this beautiful neighborhood that we all love.

Hello John - I am not sure if it is true in Austin but talks of repurposing neighborhoods typically leads to a discussion of gentrification which, in turn, can  "derail" the subject which in Crestview seems worthy of support.

Great synopsis of what is happening in your wheel house. It is a great opportunity for community engagement with developers..let your voices be heard.