While it seems no one has a crystal ball about the housing market, you'd assume it's a bad time to build that dream home - at least until the market comes into some kind of balance.

But the truth is, it may never be a better time to build. The silver lining in all this is that land prices have been and continue to go down, materials prices are competitive and there are a lot of contractors out of work, willing to resort to bargain basement prices for their services.

According to CNN Money, framing lumber is now 18 percent cheaper than it was a year and a half ago, while drywall is selling for 40 percent less. Even land prices are 20 percent lower in some areas due to developers having acquired too much land before the bubble hit.

Thanks to a 34 percent decline in new home starts, you won't have to get on most builders' waiting lists, either.

According northern California-based Kensington Homes' custom homebuilder Jeremy Bernau, just a few years ago when the real estate frenzy was in full bloom, the cost of materials, land and labor was skyrocketing.

Because contractors and trades were so busy, they could charge pretty much anything they wanted for their services. Of course, all that has now changed and a lot of the costs now are reminiscent of ten years ago.

To top it off, many cities and towns are making it easier to cut through the red tape when building a home these days. Building permit and impact fees are adjusting downwards in some areas as a response to changes in the market.

Of course, building a new custom home isn't something to enter into lightly. Building on speculation or to "flip" a property for a profit may not be a safe bet right now.

But if you've been hanging on to land for just the right time to build your dream home to stay in for the long term, it just may be time to dust off those blueprints and get busy getting some bids. 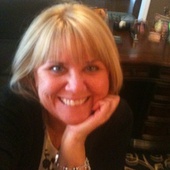