Ups and downs last week again - as seems to be the norm lately!  A new listing this week - a referral from a friend whom I just happened to catch on the right day when she came in contact with someone who needed HELP.  That was Monday.  Tuesday at the board Pitch session,  an agent, Kristina, heard about the listing and showed it Wednesday.  She just sent over a contract (low - but a contract - none-the-less)  WOW! Looks like it will be a short sale. (that is the 3rd candidate among my listings in the last month!! so we're all getting used to the procedure.)  Don't forget the Short Sale addendum.  Get a preliminary HUD from the Title company to send over to the seller's bank.  Pray that they have already filled out and sent in their hardship letter & financials or you'll have to do that too....   Ah yes!  Just got a second contract over on another listing where the previous buyers had backed out a week ago.  Now an agent just called about a re-show on one of my other listings and says this is a good buyer!   Things are starting to move!  Oh - just got an email from a realtor friend looking for an agent who speaks Spanish - esta bien yo soy su chica!

The deals are out there all around us.  I think they were there all the time.  It's just that we have to make sure and put those rose colored glasses back on so we can see them.  The doomsday people tricked us into thinking those dark and gloomy gray lenses were the only way to look at the real estate market.  Have a GREAT and Productive week!

Congratulations on your 'survival'!  It's wonderful for those of us who are!  Good luck on your continued success! 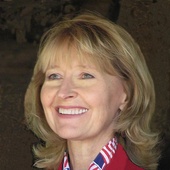 A sweet lesson I learned from sugar, jelly beans and marshmellows. It's an easy recipe for success in 2013 - check it out!