To all of you that still have your father figures, I hope you give them a huge hug and tell them how special they are as I just wish I still could, but alas I wait for the day when we will be reunited once again.  Until then, he will see this and know he is never forgotten for one single day.

On this Father's Day, 2020, it has been 20 long years since my granddaddy went home to Our Lord and I can hear him everyday in my daily life.

I can still hear him saying " "you get that education" and you will make granddaddy proud!" "You will be the first one in our family to go to college and make something of yourself." This was my very proud grandfather in 1993 walking into my graduation in Orlando to receive my Bachelor's Degree in Accounting.  I was the first in our bloodline to graduate college.

My grandfather was an 8th grade educated man, but he made it his life project to make sure I would be better. He never knew that would never happen as he was the greatest, kindest, gentlest man that ever walked this earth.

I remember growing up and starting fishing with him in a 14 ft Starcraft V bottom boat with a 9.9 hp johnson motor.

People used to tease him when we went out as he had pole holders down both sides of the boat and we would hang out 6 cane poles with live bait in Lake Okeechobee. Looking back it was the first Satellite receiver as every fish in the lake seemed to find us.

Limits on fish never meant anything to him as all the game wardens knew his purpose for fishing. He did it for Love, for the love of me going with him, for the love of being out there on the weekends, for the love of a very special family, Adie Mae Johnson of Miami, FL, and for the love of his community as he held FREE FISH FRY twice a year and he cooked for as many people as would come out.

I remember instead of cooler's to hold the fish, we took 2 x 30 gallon trash cans and we fished by hand each weekend until we filled them up.

Then the fish came home and went in 15 per bag and into a deep freezer. On Monday night, we always took a drive about 45 minutes to the Liberty City area of Miami from the Village Green area of Miami and we delivered fresh fish to Adie Mae Johnson. I remember her like it was yesterday. This tradition started with her husband Charlie and when he passed away at a young age, my granddaddy kept it up for his wife until he retired in 1974 and left miami for Okeechobee. He made sure weekly she had fresh fish just like her family did before her husband passed.

You see, her husband and my grandfather worked construction together on Miami Beach building some of the first skyscrapers on Miami Beach. He was safety foreman and Charlie Johnson was a laborer for him along with his lifelong friend Mel Greenfield who was the masonary and concrete guy. Together these 3 moved from project to project for years together.

He used to tell me stories of the Fountainbleu Hotel when it was in its early days and had secret passages and back rooms for illegal gambling and alcohol. He worked on the 4 Ambassadors which was the first 40 story building on the beach.

He never took elevators. He took a nearly 60 lb box of tools, slung it over his shoulder and hiked the stairs.

He was the only constant "father" I ever had as my dad died when I was 3 my mom's idea of substitutes just never cut it.

And it was my granddaddy who with only an 8th grade always told me I could be something in life with an education.

He made it our personal game that everytime I walked in to see him, he quizzed me on math. It was a running joke in my family that I became a human calculator.

I was the only child in 2nd grade that knew multiplication to the 12's and I would go to the grocery store with my mom and just for a test would keep total of the entire days shopping cart including sales tax IN MY HEAD and have the total before we got to the register. This came in handy since we grew up very humble and sometimes it meant putting something back to make the order affordable.

From 3rd grade when I won my first award in school for academics it was on. Every year of school, I won something and my Granddaddy was the first to hear about it or see it. From academics, to spelling bees, to creative writing, to music, to band, to finally finding athletics in high school to Future Business Leaders of America, and then into College with Phi Beta Lambda. No matter what I succeeded at I knew it was him behind me pushing.

In my Junior year of High School, I didn't have any direction as yet, and no money for college, so I joined the delayed entry program for the Navy to enter the month after graduation. Little did I know, all my years of doing various things in school would add up finally and in my Senior Year, I won 2 full ride scholarships to Junior College for Creative Writing and that brings me to today.

One of the first things I ever wrote it right here and this humble man I call granddaddy received this in 1982 and I got it back in his personal effects on the day of his death. He kept it in his wallet for 18 years until he passed away:

I also found this in his wallet that he saved until his death and again he thought this was most important to him that he carried it on his person for the rest of his life on this earth:

And I found this in his wallet that he carried all his life:

And he had this in his wallet as well: This was by far one of his most treasured items and I remembered at a very early age, my granddaddy telling me as long as you are loyal to the Union, they will always have your back.  When they said strike, you did, and they took care of the family.

Just how tight this family was became very evident to me when at 82 years old, my grandfather had a heat stroke in Okeechobee and before the ambulance could get him the 1 hour drive to Vero Beach to Indian River Hospital, 3 of his Union Brothers were there at the hospital making sure he was cared for.

These are the things he felt so strongly about that he carried them in his wallet until the day he died.

A simple poem that his grandson wrote for him and was the first Creative Writing piece that won me 2 scholarships.

My final report card from my first 2 years of college where I graduated with a 4.0 PERFECT SCORE because of my Granddaddy.

And his marriage license to the one woman he cherished all his life for 54 years of marriage.

And his Lifetime Union Membership card in the Carpenters Union Local 125.

These were the most important possessions he carried to his grave.

There was one other that he was so proud of and that was his STETSON Hat. It was magnificant and he must have had it since I was 2 and he always said all his life, he would be buried with that hat, but he knew that I loved that hat also and in his final months, he told me that was a waste of such a beautiful hat to take it with him, so he passed it to me.

I knew from that moment exactly what I would do with it.

I took it to a professional hat shop, I got it professionally cleaned, I got it reshaped as it had been in storage, I got it restored to pristine condition, and then I wore it in honor of him to his funeral. And at the grave, last thing before my granddaddy went to his final resting place, I placed his hat in his hands and he is holding it forever. These are some of the last pictures I have with my grandparents.

This one on top was taken just 15 months before he went home to the Lord. He spent his last 5 years with me in Orlando and that was only appropriate since he took care of me all my life, it was the least I could do.

The one on the right is my grandparents on their 50th anniversary.

And the one on the bottom is his sister, he and I at his favorite restaurant.

The next is granddaddy and my brother at 3 years old after one of his famous fishing trips.

The one is my granddaddy and my brother in front of his Miami home in Village green.

The one in front of the aquarium was at my house with my brother and my grandfather in 1995 when he came to live with me.

I miss you each and every day Granddaddy and you are always in my heart and I can even still hear you today saying you are PROUD and I know you are smiling as I write this as this day is all about you.

And I will forever proudly carry your name and continue to make you proud as love and care for people just as you did.

You are my TRUE HERO, Henry Brantley Smith and I miss you so much!

Your's with all my love, this Father's Day June 21st, 2020 from your "son" and "Grandson" Kevin Brantley

A sweet tribute to a wonderful man in your life. How touching that he carried your poem with him all those years. Love like that is the best.

Thank you and I am so glad you enjoyed it.  Sharing him and his life makes sure he is never forgotten.

I agreed with Lottie Florida Tolbert Team Keller Williams Advantage what a beautiful tribute to your grandfather! and sure you made him proud!

Thank you Abby Stiller for stopping by.  He's watching and knowing how much he is missed.

Hi Kevin,
What a wonderful Father's Day tribute to your granddaddy. It must have been a significant emotional experience when you found out he carried your Poem in his wallet.  Thank you for sharing your story of the relationship you had with your granddaddy.

It only solidified the love that was always present.  He was an amazing man and taught me so much.

Hi Kevin, A very thoughtful tribute to your grandfather on Father's Day.  Sounds like a wonderful man.  Happy Father's Day.

Thank you John Pusa, It's been a while but I am back and look forward to seeing more of you guys. 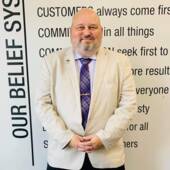