The urban area of Los Angeles (LA) is the second largest in the United States.

It is composed of different cosmopolitan districts, a few kilometers near the opulent wealth rubs shoulders with misery, which extend for several tens of kilometers from east to west and from north to south, there is no "city center "strictly speaking, at least not in the European sense of the term.

Bordered by the Pacific and the San Gabriel Mountains to the north, Los Angeles enjoys a Mediterranean climate.

City of cinema, of Hollywood! There are also beautiful huge beaches, Venice Beach, Santa Monica, Long Beach, Malibu ... but beware the water in the Pacific is cold! It's more North Sea atmosphere than Mediterranean (beware of misconceptions!).

Spoiled for choice ! The big question being, in which neighborhood to stay? It all depends on what you want to visit in Los Angeles but whatever the district chosen, you will have to drive!

A priori, avoid the neighborhoods in the immediate vicinity of Los Angeles International Airport: Inglewood etc ... Although the situation seems less tense than a few years ago.

If the main purpose of your stay is to visit film studios, it is better to stay near Hollywood or BURBANK.

If you are more "coast and ocean" then prefer SANTA MONICA or MANHATTAN BEACH.

If your goal is Disney park then you will have to stay in ANAHEIM and the surrounding area.

But very often the purpose of the trip is a bit all at the same time so .... there is no ideal place to stay!

It also depends on what you want to visit (see a non-exhaustive list of activities below).

You can stay there for a week or more if you are a fan of cities, cinema, etc. More generally, 2 or 3 whole days on site allow you to get a first idea of the city.

The Los Angeles International Airport is located approximately 15 miles southwest of DownTown Los Angeles. It is one of the busiest airports in the world, handling more than 60 million passengers each year. It is served by a very large number of airlines.

It is strongly advised to visit Los Angeles by car, unless there is more than a week to devote to it, public transport is not ultra developed and fast. Los Angeles is a city made for cars. In many districts, pedestrians are even rare.

The car rental companies are not at the airport itself, you will need to take a free shuttle in the colors of your rental company and which will pick you up at the exit of the terminal, these shuttles passing frequently, you will not have to wait long.

It is generally easy to park in Los Angeles. Most hotels have free parking.

Near tourist places (Hollywood, Santa Monica, Venice Beach ...) it will often be necessary to put your hand in the pocket to park in a parking lot (covered or not) but the prices are generally acceptable.

Mythical place but don't expect glamor and luxury! It is rather kitsch and aging or even disappointing. Boulevard with stars and footprints of movie stars in front of the Chinese Theater.

Boulevard where the Kodak Theater is located, where the Oscars are held. During the day you can take a picture with the look-alikes of stars and other movie characters (more or less well done) for one or two dollars.

Close to the Chinese Theater, the Madame Tussaud Museum (same principle as Grevin) is very well done, however.

To park, walk the streets perpendicular to Hollywood Boulevard. There are paid parking lots but at a reasonable price.

It is a film studio but above all an amusement park focused on cinema. To visit a "real" movie studio, see Warner Bros. or Paramount, discussed below, on this page.

Depending on the period (holidays or weekends) where you go, I strongly recommend taking the "Front Of Line" option which allows you not to queue (sometimes 45 minutes of waiting ...) but which is more expensive than the normal ticket.
Although in theory the pass allows you to do the attraction once without queuing, sometimes they accept that it will be redone if the Park is not too crowded, so do not hesitate to try it .

A train on wheels toured studios and sets with some key attractions such as King Kong 3D opened in 2010.

We notably pass by the famous Wisteria Lane of Desperate Housewives. 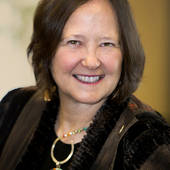