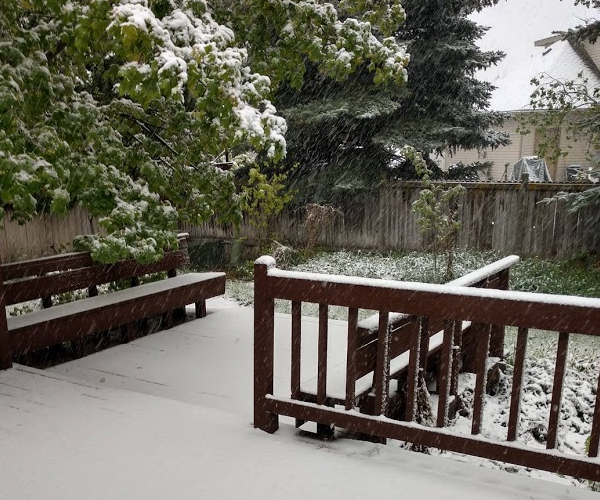 I knew it wasn't going to last long, so rather than get annoyed at a weather pattern I have zero control of, I decided to just enjoy the beauty of it, while it lasted. But because the snow was so wet and heavy, my enjoyment was cut short by the need to get out and knock as much as I could from the weighed-down limbs of several trees in my yard. Let me just say that I wasn't expecting that first drop of wet, slushy snow that hit me on the head!

A few days later, after the weather decided to normalize again, and the snow melted away, my wife and I were talking about the lessons to be learned from this uncommon event. The one that stood out to us both was the idea of always being prepared.

Consider this. In the fall, most trees shed their leaves, which prepares them to take on the weight of the snow as it builds up on their branches. But in this recent freak storm, the trees had only recently grown new leaves for the summer months, and were simply unprepared to handle the added weight of the snow.

My trees were lucky, and didn't succumb to the added weight, but some of my neighbors had trees that didn't fare so well, cracking and splitting under the unplanned strain.

In contrast, we've recently witnessed some unprecedented times in our world, with the onset of the global pandemic, and the new challenges its created for many. Fear, worry, and doubt are just a few of the emotions that many have felt over these past weeks.

Another observation my wife shared with me as we discussed the trees in the snow, was the fact that the pine trees seemed unbothered by the extra weight. Unlike trees with leaves, the pine trees don't shed all of their needles each fall to prepare for winter. They are always prepared...year round.

What are you doing to prepare for challenges in your home and business? It's a good question to ask yourself, but more importantly, to take action on, and I would encourage each of us to look for ways to better prepare for both current and future challenges so that we won't be caught off gaurd like summer trees in a snow storm.

I'm new to ActiveRain, but I look forward to getting acquainted with, and learning from each of you.

Thanks for taking a minute to read!

Welcome to ActiveRain! Being prepared for anything, always having a plan b in mind, are important in the quest to never give up.

Looking forward to reading more from you!

Thanks Kat! Yes, these past few weeks have definitely proven that having a plan B is a smart idea!

We did get a very minor dusting . I had to fight the urge to go get milk and bread

Glad you didn't lose any trees or branches, we just got hit by thunderstorms and suffering lots of trees down and masses of damage throughout the neighborhoods. Mainly because all those trees having their leaves.

It's been a strange year so far, hasn't it!

Ron, late season snowstorms are usually the heavy wet type.  We get them in Denver on occasion too, but we saw 88 yesterday.   Welcome to ActiveRain.

Yeah, we had just that one storm, and been using the A/C ever since. Thanks for the welcome! :)

I love this post. Welcome to active rain. I hope you enjoy it as much as I do and that you continue to learn from all the knowledgeable people who are here to share with you

Thanks Lise, I'm looking forward to being here. :)

The world is changing. We learn to be more adaptive learning how to live with. Sheets and towels are used in California as plants, trees are also living things.

Good that you survived & were prepared. Everything seems to be much later this year. Cold, snow, flowers, strawberries ....

Hello Ron - expect the unexpected, huh?  I like how you wove the parts of this unique but still so natural occurrence into this post.  Nicely done.

And from reading the comments left, welcome to ActiveRain.

Where do you live?  But, yes, I had this same observation about the trees.  It was the October before Superstorm Sandy and there was HUGE damage here to trees and homes from this.  Some people lost power for 2 weeks (and it wasn't warm here).  I had same observation with the pine trees and made me think about evolution.  The next year we had Sandy and it was a bit later in the year, and I just kept hoping for more leaves to fall each day and through the prewinds so less damage.


And, yes, our country has been severely unprepared.  And, what's extra sad is that we had a 2 month warning w/ nothing done.  Good lessons here.

Hi Debbie, I'm in Idaho Falls, ID. Not typical weather for us this time of year, but I guess it fits well with everything else going on. Praying for better days in the comming months! :)

Ron Schrader welcome to ActiveRain and congratulation on successfully posting your first blog on this site.

Thank you George! Good to be here. :)

Welcome to ActiveRain and congrats on your first post...and a feature, too! I'm glad I don't have to worry about snow any time of the year where I live now. I sure got use to it at weird times living in New England for 20+ years!

Thanks Jeff! Yeah, snow this time of year isn't normal, but every now and then it does happen!

Welcome to the Rain.  Buckle up, hand on tight, it's going to be a great ride.  BTW, to have a first blog being featured is a great way to start your adventure.

Hi James, yes, I was quite surprised to get featured! :)

Thanks for the welcome!

Welcome to Activerain, looking forward to reading more of your posts.

I will need business cards soon. Where can we look at what you have to offer?

Hi Laura Filip , thanks for the welcome, and I'd be happy to help you with some business cards. :)

Just visit the website here: elegantbusinesscards.com and let me know if you have any questions.

Welcome to ActiveRain!  Yes, snow in May, especially in Michigan. I believe in Michigan, we're about the only state in which we can have all four seasons in just one day.  I look forward to reading more of your post.  What a great first post, looks like you're going to do very well.  Have a blessed and safe weekend.

I am not a big fan of snow and it has always fascinated me that some places can have snow when it is in the 100's where I live, haha.  Welcome to ActiveRain!  It looks like you will hit the ground running with a great following!  I look forward to reading more of your posts and I hope that you will check out a few of mine as well.

Definitely will Brian England! Thanks :)

Welcome to ActiveRain. Would anything surprise you in 2020? ;) My brother in South Dakota and a daughter in NY also had late May snows. Thanks for taking the time to post. Please ask if you have any questions!

So true Mimi Foster! Enough has already happended this year that nothing should surprise us anymore! Thanks for the welcome! :)

Welcome to Active Rain, a great place to learn, share, and network. Great writing and insight. This year has been quite unexpected, as is the future. We all need to anticipate the unknown.

Welcome to Active Rain, looking forward to reading many more of your posts, let me know if there is anything that I can do to help as you get started here.

All the best of success to you. 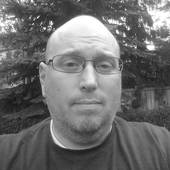