When I came to the Westsound area of Puget Sound six years ago, I had NO trouble adjusting to winters.  When I herded onto the ferry on foot at some early hour in the dark and in the rain, I was smiling. Inside I was celebrating because I didn't have to shovel my driveway or scrape an inch of ice off my windshield.  I had finally left Midwestern winters behind me. Let it rain, I said.

I realize now that if we waited for it to stop raining, we'd never get anything done 8 months out of the year.

I've come to appreciate the many words for "rain" in the meteorologist's repertoire.  I laughed the first time I actually heard the "weatherman" predicts SPRINKLES. Once being a student of the weather because we never knew how the weather would change, I've pretty much come to realize it doesn't change much here. Except the sun might shine and the rain might stop once in awhile.

I've looked forward to May and June because that's when the clouds seem to part and the sun shines through. Mt. Rainier becomes visible, the Olympics shine in their majesty, the water of Liberty Bay and everywhere around here just becomes so blue, it's all breathtaking.  It's one of those kinds of days I remember made me fall in love with this area years ago.

I remember that day. I walked on the ferry from Seattle to Bainbridge Island. Everything was out including the seals going by on a logging boat of some kind.  And the sky was so very blue.

This year, Father's Day was a day like that.  We drove through the mountains to Leavenworth for the day. The sky was so blue I actually caught myself stopping and just looking upward.  The green trees and the blue, blue sky.  I actually think I caught a few rays of sunshine and it felt good.  We sat on the steps in the town and I felt like a dog lazing on the sunny spot in the living room. It felt good to be in the light and to be warm.

Then Monday, the sun was shining again! I was shocked and excited.

We've waited so long for this for spring has been late this year.  Maybe the weather has finally turned the corner to spring, I thought.  I drove out along the Hood Canal on Seabeck Highway and had to pull over and look around awhile.  When I arrived at my appointment, my client was out in her yard looking up.
"What do you see?" I asked.

She replied, "I just can't believe how blue the sky is!"

Well, maybe because the sky has been gray so long, we forgot!

I dont' know why the sun took so long to get here and why it's being so shy about staying. Maybe it's the pollution in China drifting our way. Maybe it's the reverse effect of the "pineapple express" (an actual weather phenomenon) or maybe its La Nina or El Nino which I can never keep straight.  Maybe it's because Mercury is in retrograde.

Today, the clouds came back.

I'm not a subscriber to the global warming theory and won't be. When I was in high school years ago, "they" told us we were headed for an Ice Age. It's hard to sift through the political meaning of it all and I'm not on anybody's side.  I do believe God is a lot bigger than Al Gore though.

With all that, I only have two questions:

And how will it affect the price of real estate?

Thank you for sharing your blog; we need Real estate Professionals to share their comments and information regarding their markets and experiences. Thanks again from beautiful Sunny San Diego 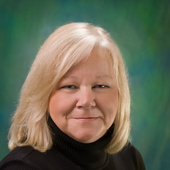 ActiveRain Community about 12 years ago
bookmark_borderbookmark
$8000 becomes how much when added to our deficit? ...
View more Recent Posts   arrow_forwards

Generally, my blog's are 'slice of life' type of writings that may or may not tie in hard cold facts about real estate.