The average Canadian 5-year fixed rate has fallen to under 2 per cent, the result of a rapid and overwhelming policy response from the Bank of Canada to the COVID-19 pandemic. The Bank brought its overnight rate, to its effective lower bound of 25 basis points and used the impressive scope of its balance sheet to counteract a nascent rise in credit spreads.

Those measures, and those of its global counterparts, helped to forestall a potential repeat of the credit crisis that shocked the global economy over a decade ago. The Bank’s foray into quantitative easing (QE), or the purchasing of bonds across the yield curve of short-to-long term maturities, and an injection of liquidity into the mortgage market have resulted in record-low Canadian mortgage rates. The average 5-year fixed rate now sits below 2 per cent and is just 165 basis points over the 5-year government bond yield, essentially in line with the long-term average. While the average 5-year rate has come down considerably, the qualifying rate remains high at 4.79 per cent. That rate has become notoriously divorced from its underlying benchmark in recent years and now sits at a spread of close to 450 basis points over the 5-year bond yield, or about 100 basis points higher.

With the Bank of Canada eschewing negative interest rates and providing forward guidance that it has no plans to raise its policy rate until slack in the economy is absorbed, there is not much on the horizon that may move mortgage rates one way or the other. We expect a mild rise in rates as the Bank slows and eventually ends its QE, perhaps by the end of 2021. Studies show QE lowers long-term interest rates by 10-25 basis points, so we can anticipate a similar magnitude rise in 5-year rates when QE ends.

Yes Steve like here basically money is being given away..... and buyers need to take advantage of it... the only direction it will go is up.... I remember double digit interest rates a long time ago:)Endre

Thank you for your comment. They are talking about going lower, now is the time to buy if one can afford to. With the economy being in such turmoil do you as a (new) homeowner buy or move up and hope like hell you will still have a job in 6 months or a year. Good time for an investor.

I remember those days too in the early 80's, with people just walking away from their homes. I wasn't in real estate at that time. 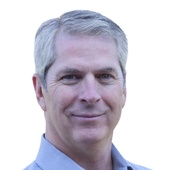