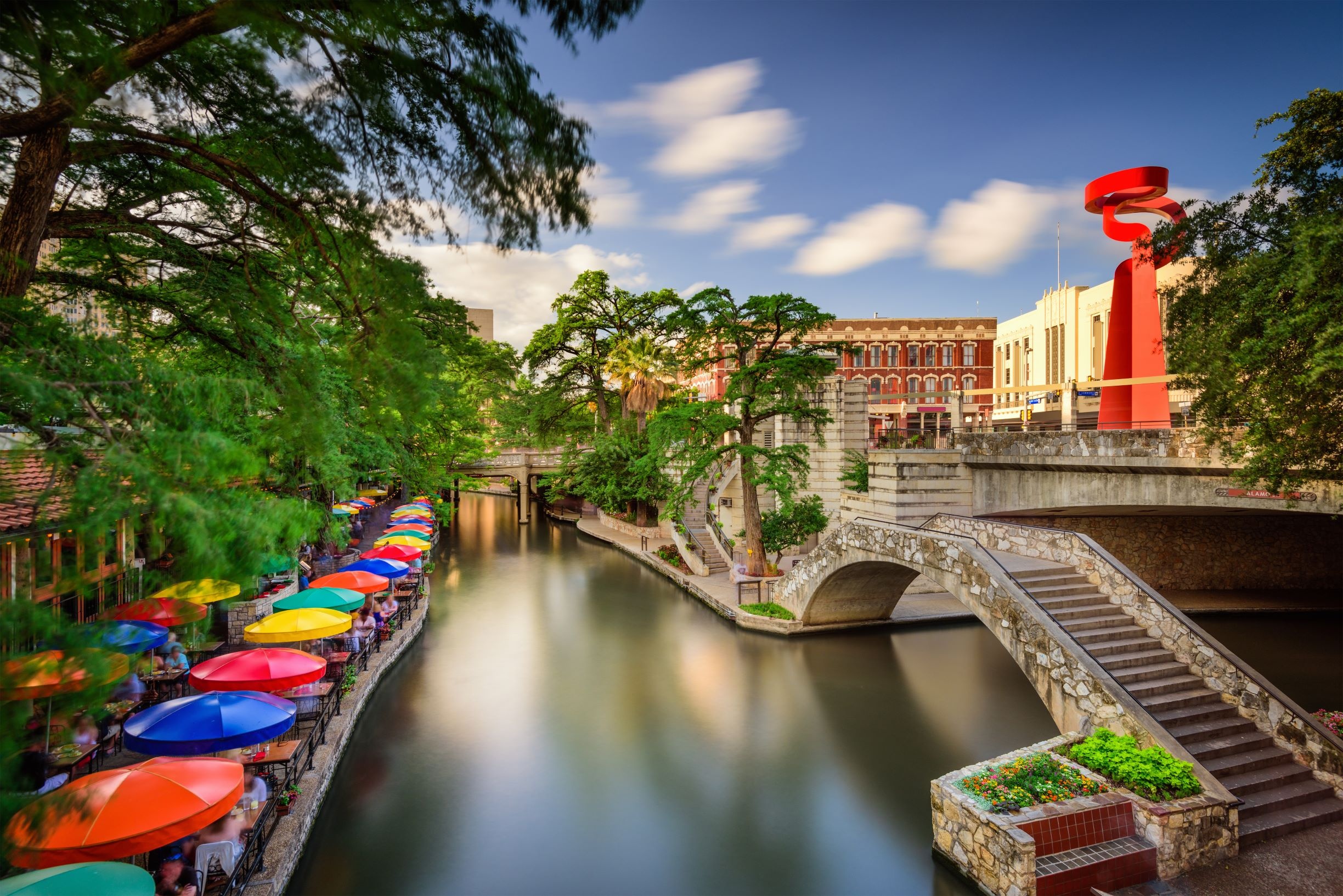 The saying “There’s something for everyone in Texas” is no exaggeration. Look at these cities in Texas for buying or renting in 2020. And keep in mind that you might need to consider virtual real estate tours when you’re in the market for a new place due to COVID-19. But either way, here are some great options!

Situated 75 miles south of Austin, San Antonio was founded as a Spanish mission and colonial outpost in 1718. It is the state’s oldest municipality; they celebrated their 300th anniversary in 2018.

The Alamo, an 18th-century Spanish mission preserved as a museum, marks the infamous 1836 battle for Texan independence from Mexico. Following the San Antonio River, the miles-long River Walk is a landmark pedestrian promenade lined with cafes and shops. HemisFair Park’s 750-ft. Tower of the Americas overlooks the city. The San Antonio Missions National Historical Parks are a World Heritage Site. There are abundant art and cultural events together with Natural Bridge Caverns, Natural Bridge Wildlife Ranch, the San Antonio Botanical Gardens and Hill Country tours and lots of spas make this an ideal city for anyone re-locating to central Texas.

Established as a cattle-shipping town, a continuous increase in population resulted in increased wheat production turning Amarillo into a center for milling, grain, and feed-manufacturing in the 20th century. The early 1900s brought oil and gas industries to Amarillo.

At one time the city was the only commercial producer of helium. Amarillo is in the heart of the Texas panhandle and Palo Duro Canyon is the second largest canyon in the country. The American Quarter Horse Association Museum, historic Route 66 and the Cadillac Ranch are all located in the Amarillo area.

The Amarillo Symphony Orchestra and the Lone Star Ballet can be found in the Amarillo Civic Center. With an expected 52% annual growth rate, a 60.2% rate of homeownership and a median home value of $127,200 Amarillo has a lot to offer. Median rental costs in 2020 are $839 per month. Amarillo is a bargain for renters and buyers.

Known as the Metroplex region, with a population hovering around the eight million mark, this area contains 27.5% of the state’s entire population and encompasses 13 counties. With 200+ golf courses, hundreds of parks, the Morton Meyerson Symphony Center, Kimball Art Museum, Dallas Museum of Art and the Fort Worth Museum of Science and Industry, there is never a lack of things to do.

Two new parks in Dallas are already world-renowned: the Klyde Warren Park and the Trinity Overlook Park at the site of the Margaret Hunt Hall Bridge designed by acclaimed architect Santiago Calatrava. There are five professional sports teams. This is an area where renting is more reasonable than buying. The demand for rental units has increased 14% in the last year due in part to more young people moving here. The average rent for an 847 square foot apartment is around $1250 per month. Home prices have increased by 2.4% in the last year bringing the median home price to around $256,270. Considering what similar communities have to offer, the Metroplex is a great place to live.

Situated an hour and a half from both Dallas and Austin, Waco has become a thriving small town with a population of 150,000 people. Living in Waco means affordable housing, access to a successful university, a symphony, and the theater. Magnolia Market, the Dr. Pepper Museum, Texas Ranger Hall of Fame, a river walk, and the municipal zoo are some of the main tourist attractions in the area. Waco employment is growing at 2% a year and the population has grown 5.5% since 2000. The current median home value in Waco is $126,330, having risen by 7.9% in the last year.

A 5.1% increase is expected in the next calendar year. Because of a large student population, the median rental prices in Waco are not as low as one would expect.  The average rental price is $1000 per month. As an investment, property in Waco benefits from the city having a diversified economic base. Baylor University, Texas State Technical College, Magnolia Market, and defense contractor L-3 all employ thousands of people. Waco also has agricultural processors and is home to several large hospitals. Approximately 40% of Waco’s residents are renters, making it a perfect place to invest in rental properties.

Bypassing Austin, named every year as the city to move to, we will instead focus on Austin’s southern neighbor, San Antonio.

Heading to the far western border of Texas is the city of El Paso, made famous in a song written and recorded by Marty Robbins in 1959. El Paso has been one of the safest cities in the country for many years.  With about one quarter the violent crime as occurs in Kansas City, the El Paso crime rate is similar to Anaheim, CA. The population of El Paso has increased by 1.28% since 2019 and currently has 951,000 residents. As a high desert community that boasts 302 days of sunshine every year, El Paso--established in 1850--straddles the Rio Grande on the U.S.-Mexican border.

The city is steeped in cowboy legend. Billy the Kid came to El Paso and freed the only man to ever escape from the old El Paso jail.  El Paso Street has seen figures from history like Wyatt Earp, Pat Garrett, President William Howard Taft, and Pancho Villa. With that kind of history, it is no wonder that El Paso is the boot capital of the world. The median home value for single family homes in El Paso is almost $142,000. The median rent for a one-bedroom apartment in El Paso is $790 per month.

No matter what type of weather you love, there is a city in Texas for you. If the weather is not a factor in choosing a place to live, consider the landscape, population, schools, festivals and more.

If you are thinking about buying or selling in and around the San Antonio metropolitan area, contact Jerry at 210-789-4216. Find Your Dream Home in San Antonio, and let's discuss all your home buying options.

Great post for people looking to relocate to Texas! Thanks for sharing.

Jerry  where have you been? was it the Pandemic or was it the AR 504's we have not connected in months, miss the interaction, Endre

Good morning, Jerry. You'll be happy to know I've been to all those cities and then some in Texas except for Amarillo. I guess I'll need to put it on my bucket list.

Jerry, I too have been to almost all of these cities, and they are great cities to relocate to!

Welcome to Active Rain, Ben. Start getting to know other Rainers.

Hello, Endre Barath, Jr. Yes, it has been awhile, my friend. I haven't been spending must time in the Rain, and I occasionally check-in on Facebook. I trust all is going well for you in Beverly Hills, CA.

Hi Nina Hollander I have only been through Amarillo once or twice on my way to Denver, CO back in the 80's, since I had to go through the Pan Handle to get there. Not really much to see in that area. Have a Blessed Weekend!

Yes, Joan Cox Texas does have some great cites to choose from if you're planning to relocate anytime in the future. Have a Wonderful Weekend!

Jerry Newman I like to visit TX, but think the humidity, hurricanes and heat would keep me here in Denver.  Love it here!

Hey Jerry Newman we may have a referral for you for the San Antonio area. Please reach out to my husband, Rich Foerster at 720.530.5553. Thanks!

Well, I know you are proud to see San Antonio atop that list, Jerry! When I was in San Antonio, I spent the week hunkered down in a hotel conference room and didn't get a second to do any touring. What I saw was from the airport to the hotel and back again! I want to return for a 'personal' visit and see your beautiful city! 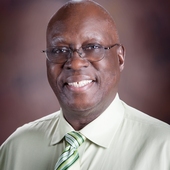 San Antonio is a great place to live. Let me be your guide and source of information for buying, and selling. As a retired US Army serviceman, I have a strong passion for helping and supporting all military members and families For All of their Real Estate Needs.