1st chart - Just like a "normal" yearly cycle, the number of listings in September is slightly less than that of October. New listings for September = 329, August = 353.

3rd chart - Again, September is nearly the same as August with almost the same number of sold listings vs new listings - but the totals are down slightly from August as part of a "normal" yearly cycle. New listings = 329 vs Sold listings 332.

4th chart - This one surprised me - of the 329 new listings, there are only 94 that are still active! 205 of the new September listings are pending already. Wow!

6th chart - The sold price per square foot (PPSF) is up $9 from August. No surprise there as the charts above clearly show a lack of inventory which means more multiple offer situations and then higher sale prices. September PPSF = $259 vs August PPSF = $250.

7th chart - It is perfectly normal for the orange column (original list price "OLP") to be a little lower than the blue column. But with the lack of inventory, I was surprised at the difference - I think this may be due to the fact that sellers know about the lack of inventory and are listing their houses over actual market value and therefore price reductions are still prevalent. September OLP = $469,000 vs LLP = $462,000.

9th chart - Again, the selling price is still slightly higher than the original list price. OLP = $469,000 vs SP = $473,000. It's important, if you're a buyer, to know trends like this to be able to make an offer that can win over other offers. It's not just the price! It can be waiving an inspection, bringing extra cash if the appraisal comes in low, being flexible on the closing date, bigger down payments and/or providing proof of the down payment money... there are lots of things that can influence a seller to choose your offer over others! Ask me your real estate questions!

If you'd like a larger version of this chart, let me know. Another great market report, note to self I should be doing  this too, Endre 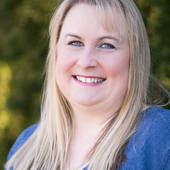