Rogue Valley Community Development Corporation announced this week that they will have an informational meeting on the 15 affordable housing units they plan to build through their Mutual Self Help Housing Program in Verde Village in Ashland. Go to RVCDC's website for information on qualifying for this program  , and if you think you may meet the income criteria and are able to commit to contributing 16-32 hours per week to meet the sweat equity requirements, plan to attend the meeting Thursday June 19th at 6p.m. at Pioneer Hall, 73 Winburn Way, Ashland, Oregon. Or contact Roxanne Zepeda at Rogue Valley Community Development Corporation 541-734-2355 for further information.

Verde Village has dedicated 15 units of the 60+ total units within this Net Zero Energy development to be located on the North end of Ashland bordered by Ashland Creek and Nevada Street to meet the needs of the desperately needed affordable housing in Ashland, Oregon. This will be the first of its kind and size in Ashland, Oregon. Hopefully, by the time Phase 2 is coming to be interested homeowners will have a true Energy Efficient Mortgage to assist them with their acquisition.

See you at the closing table!

Groups:
Oregon Realtors and other Real Estate Professionals
Everything Oregon
Almost Anything Goes
Moving to Oregon
Posts to Localism

As I passed by the Ashland Food Co-op in Ashland, Oregon on my way to the Post Office, a young and energetic Greenpeace standing on the sidewalk approached me and asked, "Would you like to save the Polar Bear?"

Unable to resists such direct question about my concern for the environment, I stopped to dialogue with the volunteer about Polar Bear and several other environmental issues. I found her to be a well informed and dedicated volunteer. We didn't see eye-to-eye on every issue, but the conversation was cordial. She did ask if I want support Greenpeace by becoming a member, but when I declined to join, she was pushy or insistent. During the interaction she mentioned that they had run into a problem standing in front of the Ashland Food Co-op and soliciting memberships. In fact she indicated that someone from the Ashland Food Co-op told them they could not stand on the sidewalk out in front of the Ashland Food Co-op and if they continued to they would contact the police.

I was a bit amazed, I assumed an institution like the Ashland Food Co-op would support the efforts of an organization like Greenpeace. The Greenpeace volunteer was a taken back by their response as well.

In spite of the objections of the Ashland Food Co-op, they remained there and continued to speak with the people coming and going about the Polar Bear and other environmental issue. Apparently Greenpeace had acquired a state wide permit to canvas for membership, and as long where not engaging in this activity on Ashland Food Co-op property and remain on the public sidewalk, there was nothing the Ashland, Oregon police or the Ashland Food Co-op could do to remove them.

I had things to do and places to go, but this chance encounter stuck with me through the rest of the day. Know that there a two side of every store, I call the Ashland Food Co-op when I got home in late afternoon. I spoke with the floor manager, since the manager had gone home for the night. She said that they had received complaints from there cliental about the aggressive way that they where approached by the Greenpeace people out in front of their business. That is why they where asked to leave and the Ashland Food Co-op had consider call the police on them.

Greenpeace can be aggressive in their efforts to save the environment, that they are famous for confronting, for confronting those logging old-growth timber, confronting those that govern us about reducing greenhouse gas emissions, and confronting corporations and government whose practices are destroying the planet we live on. These are the people who where willing to put the selves between the whaling ship and the whales, risk life and life in the process.

The Ashland Food Co-op is a place of business and I can only assume from the floor managers comments, that the last thing that their customers want is someone bothering them on their way into the their co-op. From the perspective of the Ashland Food Co-op this is not the way to work for the environment and way Greenpeace approached their customers could not be tolerated.

I am only left to wonder if the Ashland Food Co-op and Greenpeace are unable to find a way to get resolve such differences when they arise, how can one expect the rest of the planet to muster the kind of co-operation that is require to hopefully resolve the environmental, political and economic problems our world now faces.

Thomas - You make a good point about needing to work to resolve differences if we are to move forward. There are always extremes in the different positions when it comes to major issues. We can, and do, resolve them as long as the will to do so is truly there and we are willing to listen to differing opinions. Thanks for stopping by. 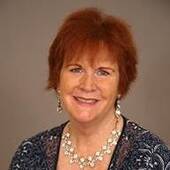