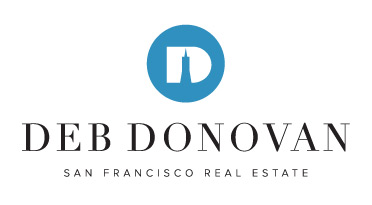 In September the median sales price for single family homes was up again year-over-year as well as compared to August, while the condo/ loft market continued to see decreases over the same periods. Condo pricing has softened due to large inventory on the market as discussed in last month's update. The condo market has been slowly eroding for about the last year, but COVID seems to have sped up the process.

I also included 3rd quarter stats here. Read them all below.

Single family home prices rose 9.5% year-over-year, while condos and lofts decreased 8.9%. As you can see in the 2nd chart, it's the $2 million-plus segment of the condo market that took the greatest hit in September. The third quarter mirrored what we saw for median prices in September. Single family home prices rose 5.2% over the quarter, while condo and loft prices decreased by almost 2%. New listings for both single family homes and condo/ lofts decreased year-over-year in September. There were also fewer listings than in August of this year. September is typically the start of the Fall selling season and when we usually see an uptick in inventory after a languid summer. 2020, though, has been anything but usual. The March shelter-in-place resulted in a lot of sellers either temporarily pulling their listing or holding off on selling until things settled down. As a result we had more listings than usual over the summer, and now as we approach the election that may be slowing down. Active listings, the number of listings for sale at the end of the month, increased for both single family homes and condos/ lofts. A lot of new homes came on the market over the summer and it's taking some of them more time to sell through. Single family home active listings were up 10% while condos and lofts were up 71%. 3rd Quarter Active Listings:
Both single family homes and condo and loft active listings were up also for the quarter; the former were up 33% and the latter were up 100%. With more inventory on the market and sellers pricing closer to their target now that there are no public open houses to drive up demand, the percentage of homes selling over their list price has been decreasing. In September 65% of single family homes sold for over their list price, down over 11% year-over-year, while almost 33% of condos and lofts did, a decrease of almost 44%. In the third quarter 65% of listings sold over list price, down about 18%. Condos and lofts saw 38% selling over list price, down 40% and overall slightly more than September. This is a reflection of more inventory on the market, especially for condos, as well as more transparent pricing. Average Percentage of List Price Received September:
In September single family homes sold for an average of 107% of list price, down 4.5%. Condos and lofts sold for an oaverage of 100.1%, down 4.8% year over year. MSI was up for all properties in September. Single family homes had 3.8 months of inventory, up 15% year over year. Condos and lofts had 7.5 months, up 92%. As I discussed in last month's blog, not all neigbhorhoods are experiencing this the same. I broke down the areas with the greatest MSI in that blog. Single family homes spent an average of 25 days on market, down almost 11% compared to September 2019. Condos and lofts spend 42 days on the market on average, up 31.3%. Q3 Average Days on Market:
Single family homes spent an average of 25 days on the market before accepting an offer, the same as the 3rd quarter last year. Condos and loft spent 39 days on average, up almost 26% compared to the same timeframe in 2019. 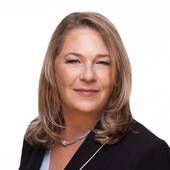