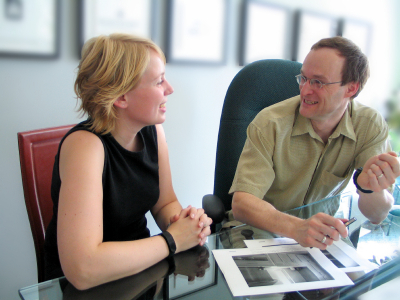 I have recently had a borrower file a bankruptcy one week after the loan was completed. Now what?   I have called my attorney David and asked him what is going on? He said the person filing the Bk is a “serial filer”. He sent me this explanation on the rules and regulations. I am not an attorney and get confused with all this legal jargon. So here is what he said. I have added my comments in Blue.

My recommendation if you are facing a BK proceeding that you work actively with a good attorney, (like David Knapper) and get ahead of the problem.

A Common Misconception About Bankruptcy

Many people assume individuals can file bankruptcy only once every several years. Wrong!

Generally speaking, if a debtor suffers a premature dismissal of a bankruptcy (either because the debtor does not dot all his legally required “I’s” and/or cross some “T’s” or because the debtor voluntarily requests his bankruptcy be dismissed), but then files another bankruptcy, the later bankruptcy invokes an 11 U.S.C. § 362(a) automatic stay commanding almost all actions against this debtor be ceased, and with all actions taken in violation of this stay being not only void, but possibly triggering the violator responsible to pay serious monetary sanctions. It just can’t be ignored that upon the invocation of a § 362(a) stay, any landlord or lender of the debtor is, on most occasions and to their dismay, going to be stuck in the mud. (So what does this mean? It means if a deadbeat that files bankruptcy and screws it up and the court kick it out, (dismissal of bankruptcy) then the deadbeat can turn around and file it again, get dismissed, and file again get dismissed, and again, and again.)

This also explains why there are serial (not the breakfast cereal type of) bankruptcy filers who abuse the Bankruptcy Code by filing one bankruptcy after another to thwart their landlords and lenders. In fact, this author encountered a debtor (a disbarred attorney) who had filed more than 15 bankruptcies. (This happens a lot.)

Yes, pursuant to 11 U.S.C. § 727(a)(8), a debtor who has secured a discharge order in a Chapter 7 (liquidation) will not qualify for receiving another Chapter 7 discharge until 8 years following the commencement of the earlier bankruptcy. However, § 727(a)(8) only applies when a discharge order was entered in the earlier Chapter 7, and doesn’t prevent a debtor from then filing a “Chapter 20” by initiating a Chapter 13 (consumer reorganization) immediately following successfully completing a Chapter 7. Thus, opportunistic debtors are prone to file multiple Chapters 7 (and/or Chapters 13) wherein they intentionally suffer premature dismissals before discharge orders are entered and/or embark on Chapters 20. Then, do not forget the filing of Chapters 11 (business reorganizations) is also a possibility. (So if they get a Chapter 7 completed, the debtor can turn around and file Chapter 13 and the lender and landlord are screwed again.)

Bottom line: while the Bankruptcy Code does prohibit debtors from securing discharge orders in Chapters 7 more than once every 8 years, only under limited circumstances will the Code keep bankruptcy serial filers in check.

The Bankruptcy Code was amended by the Bankruptcy Abuse Prevention and Consumer Protection Act (“BAPCA”), which President George W. Bush signed on April 20, 2005 and became effective October 17, 2005. The BAPCA has significance here because it included the adoption of 11 U.S.C. § 362(c), and with § 362(c) designed to deal (although this author respectfully submits, inadequately) with bankruptcy serial filers.

According to 11 U.S.C. § 362(c)(3) and In re Reswick, 446 B.R. 362 (9th Cir. BAP 2011), if a 2nd bankruptcy is filed within 1-year of a previous bankruptcy being prematurely dismissed, then the aforementioned § 362(a) automatic stay only lasts for 30 days from the date the 2nd bankruptcy is filed, unless the debtor proves during this same 30 day period by “clear and convincing” evidence (note: not a simple preponderance of the evidence, but not as onerous as a “beyond a reasonable doubt” evidentiary standard) that the 2nd bankruptcy was filed in good faith, plus if your this debtor’s landlord or lender, you’re adequately protected. (So if they file, the stay is only good for 30 days. What Happened on day 31? So they are just buying some more time to screw the lender? It dies unless they provide clear and convincing evidence?)

According to 11 U.S.C. § 362(c)(4) and In re Nelson, 391 B.R. 437 (9th Cir. B.A.P. 2008), if a 3rd bankruptcy is filed after 2 earlier bankruptcies were prematurely dismissed within the past year of the third, then there is no § 362(a) automatic stay, not even for the first 30 days of the 3rd bankruptcy. However, a debtor can still petition the bankruptcy court in this 3rd bankruptcy to invoke the automatic stay, thereby requiring an evidentiary hearing. (If they are doing a 3rd, does this mean that 1-2 were premature dismissal of bankruptcy because they screwed up? Or How was it dismissed.)

State court judges and justices of the peace, and constables and sheriffs too, handling evictions may not grasp the significance of 11 U.S.C. § 362(c), but thankfully, § 362(j) entitles landlords and lenders to secure “comfort orders” from bankruptcy judges adjudicating no 362(a) automatic stay exists, provided a § 362(c) scenario exists. Moreover, Section 105(a) of the Bankruptcy Code also supplies bankruptcy judges with discretion to issue comfort orders. Compare Marrama v. Citizens Bank of Massachusetts, 127 S.Ct. 1105 (2007) (recognizing broad authority granted to bankruptcy judges to take necessary or appropriate action). (How do you file a comfort order? Does the lender have to hire an attorney and argue before the judge? If the comfort order is granted does this mean the landlord can now evict or the lender can foreclose? How hard is it to get a comfort order?)

Additionally, we also have Local Arizona Bankruptcy Rule 1017-1(e), which states a bankruptcy judge may dismiss a bankruptcy, with prejudice, by prohibiting a debtor from filing another bankruptcy for 180 days, and automatically assigning to the same judge any new bankruptcy filed in violation of this prohibition.

But again, individuals definitely can file bankruptcies, and use them for their benefit and to the detriment of their landlords and lenders, several times more than just once every 8 years. Moreover, this author has found that rarely will a bankruptcy judge enter an order keeping a serial filer in check without some landlord or lender having to not only request the judge intervene, but also, incur substantial attorneys’ fees while establishing this request warranted. (So, if they are a serial filer, the deadbeat can do it over and over and over again. How long does it take to get it premature dismissal of a bankruptcy and who requests this action? Once dismissed the deadbeat can walk in again and file it again and have another 30 days. Get dismissed and do it again, and again? And even if you get a judge to do Rule 1017-1(e),..they can do it again in 180 days?)

A landlord whose tenant and a lender whose borrower, has previously filed bankruptcy should not be surprised if they end up embroiled in a subsequent bankruptcy.

You would think that the deadbeat would occur come costs from doing this over and over again, if they do it yourself what is the cost? But if they hire an attorney, they will cost them more and more. I had a borrower who did it themselves, but failed to pay the fees, Dismissed, so could she filed file it again and not pay the fees get dismissed, and do it again? About:  Dennis has been working in the real estate industry in some capacity for the last 40 years. He purchased his first property when he was just 18 years old. He quickly learned about the amazing investment opportunities provided by trust deed investing and hard money loans. His desire to help others make money in real estate investing led him to specialize in alternative funding for real estate investors who may have trouble getting a traditional bank loan. Dennis is passionate about alternative funding sources and sharing his knowledge with others to help make their dreams come true. Dennis has been married to his wonderful wife for 43 years. They have 2 beautiful daughters 5 amazing grandchildren. Dennis has been an Arizona resident for the past 40 years. © 2020 Level 4 Funding LLC. All Rights Reserved.

It is amazing... and here we thought the delay in foreclosures and evictions due to COVID was a big deal.  I guess certain individuals will find a way to beat a system. 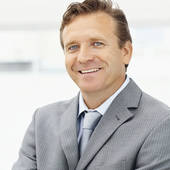