Home > Blogs > Jason Pedley > Jason Pedley's (jasonpedley) Blog
bookmark_borderbookmark
Each of us has been late. Sometimes, there’s simply nothing we can do about it. An accident has you stranded in traffic for hours. A flight gets perpetually delayed because of weather.

But, what about those times when the only one you have to blame for your tardiness is you? When you’re late, and you KNOW it’s your fault, how do you feel? Pit in your stomach? Painful guilt? Need I go on?

Being late to a meeting is one thing, but think about the dimension these feelings take on when you’re late to something you can never “catch up” on - like a funeral, a wedding, birthday party and the like. Feelings that come after being late to these events can last a lifetime.

Now, picture your life if you were perpetually early.

According to motivational speaker Doreen Stern*, AKA the Desk Docktor, “When you decide to be early, you no longer think you can fit in just one more thing. You know you can’t. So you use your time more wisely.”

Here’s a challenge from Doreen: “Tomorrow, decide to be early. Allot enough time so that everywhere you go, you plan to arrive ten minutes early.

Go to bed a half hour earlier than you usually do.

Whenever you get someplace early or accomplish something ahead of schedule, tell yourself you’re doing a spectacular job. Stand up straight and preen. Doing so will motivate you to repeat the same feat tomorrow.”

*Doreen Stern is a dynamic speaker, a writer and an organizational coach. As the Desk Docktor, she reveals “The Secret to Turning Your Paper Mess into Success, in 20 Minutes or Less.” Stern has been profiled by the Hartford Courant and the Journal Inquirer. She has been interviewed on Public Access TV and This Hour Has 22 Widgets. Doreen is also a client of Freelance Marketing/PR/Advertising Copywriter Jason Pedley.
Like favorite_border
favorite_border 0
repeat 0
bookmark_borderbookmark

Punctuality is something I use to measure the character. Consistently late to me shows a lack of discipline. I'm always before time!

"Early is on time and on time is late." Something I heard my whole life! 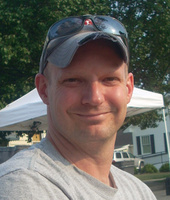 about 11 years ago
bookmark_borderbookmark
Is This Real Estate Copywriter Destined to be an A...
View more Recent Posts   arrow_forwards