Almost 3,500 homes were added to the market last month, which was 5.9 percent more than September 2019 and the highest number of new listings for the month since 2007 according to the Columbus REALTORS® Multiple Listing Service.

The influx of new inventory was quickly absorbed as there were 3,394 central Ohio homes and condos sold during the month of September, which was 20.2 percent higher than one year ago.

At 24,635, home sales for the first three quarters of the year (January through September) were 1.0 percent ahead of 2019 and just slightly behind the sales pace in September 2017 when inventory was almost twice what it is today.

Low inventory is causing home prices to continue to rise. Nonetheless, the buyer's market still is still quite strong considering the low interest rates, which helps makes homes significantly more affordable than they might otherwise be.

Some segments of the market are better than others, according to the market. Starter homes in move-in ready condition are in very high demand.

With every sale putting an average of $55,500* back into the state economy, the real estate industry is in a position to help raise the Ohio economy to stronger levels. 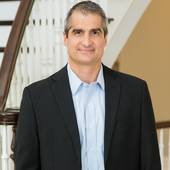