I represent taxpayers in Leander and the rest of Texas who have civil and criminal tax issues, and have recently seen an uptick in those folks coming to us who have not filed tax returns, some for many years. In fact, the non-filer is a major priority for the IRS, who have stated publicly that they have identified more than 7 million taxpayers who have failed to file returns, and that the IRS plans to roll-out an initiative to target these tax scofflaws.

In addition, it is worth noting that the willful failure to file a tax return is a federal tax crime under the Internal Revenue Code's Section 7203.

So what can non-filers do, and how can we help them get their tax return issue resolved with the IRS? It depends upon why they failed to file in the first-place.

If the failure to file the tax returns was a lack of money (e.g. they realized they would be unable to pay the tax liability reflected on the tax return and so chose not to file) then we can get those returns filed and begin working on a tax resolution for them to resolve the back tax balance, including Installment Agreement, Offer-in-Compromise ("OIC"), or have their account placed in uncollectable status.

If you or someone you know has unfiled tax returns or some other federal or state tax issue, please feel free to contact me at either (512) 592-7720, or by email at peter@thetaxproadvisor.com.

Peter N. Mitchell, EA welcome to ActiveRain, and congratulations on successfully posting your first blog on this site. 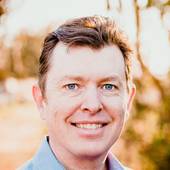