Hello Tracey,  Sounds like  a great place for someone to start making a great investment in.

Great job at describing the property! Hope it gets sold soon! 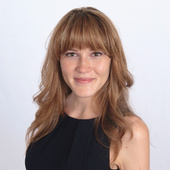