January 19 is the First National COVID Memorial, being held simultaneously in Washington DC and throughout the nation. It starts with the first lighting at the Lincoln Memorial Reflecting Pool in Washington, DC at about 2:15 PST (5:15 EST) by President-Elect Joe Biden and Vice President-Elect Kamala Harris. 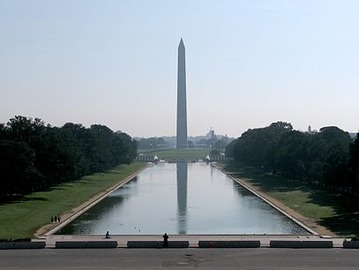 The  "national moment of unity and remembrance" memorial honoring those who have died from the coronavirus will include cities and towns  lightning up their buildings and ringing church bells at 5:30 p.m. EST on Jan. 19th. This is the first national vigil honoring victims of COVID-19.

Bells will be rung 400 times, with each ring symbolizing 1000 souls who've passed away from COVID-19. There are reportedly over 400,000 dead in the US to date, and over 2 million worldwide according to data from Johns Hopkins University and NBC News counts.

To give perspective on the one year total US death toll from COVID, the Department of Veterans Affairs counts the total number of American military casualties in World War II at 405,000-which was over a span of several years. While the US has less than 5 percent of the world's population, the country's death toll is the highest in the world.

Citizens are encouraged to watch the event from the safety of their own homes, as part of the efforts to slow the spread of COVID-19.

Separately, a major public art display titled a "Field of Flags" will soon be installed on the National Mall, featuring 191,500 U.S. flags and 56 pillars of light meant to symbolize every U.S. state and territory.

Image courtesy of the US government.