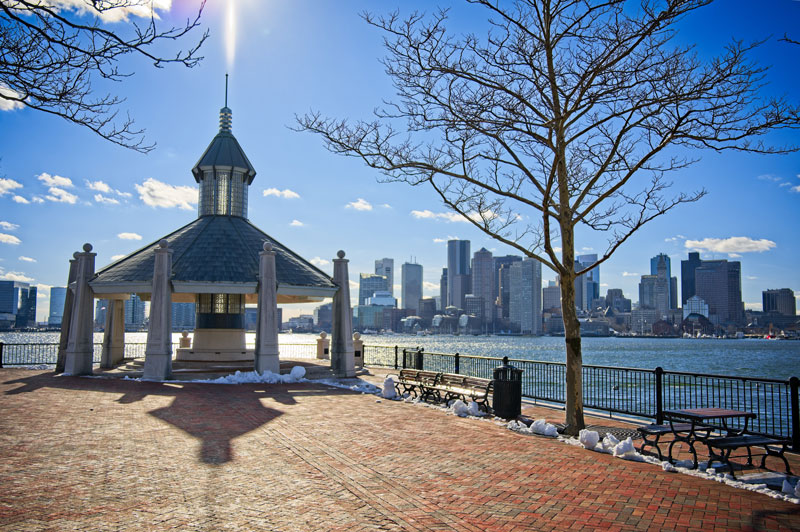 The vacancy rate in East Boston shot up a whopping 207% in the past 12 months.  Now at face value that sounds pretty shocking and could be the story in and of itself, until you peel back the layers a bit more.  So while it’s true that the current East Boston vacancy rate of 3.78% is more than triple the record low vacancy rate of 1.19% from February 2020, it doesn’t seem so shocking when you compare that to the 349% increase in the City-wide vacancy rate  or the 2600% increase we’re seeing in Downtown Boston.

Even prior to the pandemic, the apartment rental market in East Boston had undergone some dramatic changes over the past decade.  Bolstered by steady regional economic growth and increasing enrollment numbers at local Universities, the Greater Boston housing market emerged as one of the hottest and most expensive in the US.  Soaring rent prices and record low vacancy rates in neighborhoods close to Downtown forced renters out, leading to slow and steady gentrification in East Boston.

Even though the market was growing in Eastie, demand for East Boston apartments just could not outpace that of neighborhoods near Downtown and local Universities.  For that reason, vacancy rates in East Boston have historically always been higher than Boston’s city-wide vacancy rate.  That all changed on September 1, 2020 when many of the student apartment leases expired in the city, and no new students came to town to fill those leases.  The effect on the local housing economy was devastating, as Boston’s vacancy rate soared to over 9%. So from this perspective, it looks like the East Boston apartment rental market is trending in a good direction in spite of some of the challenges being faced in other neighborhoods.  There’s no doubt that East Boston has benefited from the recent mass migration away from Downtown Boston that we’ve recently observed.  East Boston provides residents a fast commute into Downtown via car, bus, train or ferry and it also provides many more spacious apartment options in its inventory, making it perfect for professionals who are working from home.

This could be the reason that average rent price has only dropped by a half a percent in East Boston year over year despite tripling its vacant inventory.  Landlords are still bullish on the East Boston rental market despite the inventory concerns for a number of reasons:

1.  Remote Learning Will Be Scaled Down…Eventually

First, remote learning and the subsequent vanishing of the student population is only a temporary phenomena in Boston.  Many believe that it will be lifted for the September semester, effectively restoring Boston’s student population and the demand for off campus housing.  That may come true to varying degrees, but aside from the Universities learning policies there are plenty of other reasons why East Boston’s future looks so bright.

The amount of VC funding that has flowed to Boston in the past few years is astonishing.  Boston is now the 3rd largest metro market for capital funding in the US, with Boston-based startups raising over $16B in funding in 2020.  That marked a 48% increase in funding compared to 2019’s numbers, and it was almost enough to upend New York as the second largest market for VC funding.  This is a great sign that there will be wealth of economic opportunity springing from Boston in the years to come, which will of course drive even more growth in the local housing market.

3.  Inventory Shortages of Homes for Sale

The median price of homes for sale in Boston and surrounding areas increased by 14% in 2020, while average days on market went down by 20%.  This is evidence of a supply shortage of for sale listings in Greater Boston, which will likely push real estate prices even higher in 2021.  This will push many back towards renting over the course of the next 12 months as Boston’s median home value will likely surpass $700,000 in the near future.

Zachary Parker Thank you for sharing this! Great information!

Thanks Joe!  Appreciate the positive feedback!