I represent taxpayers in Twin Cities, Minnesota and all the 50 States in the United State before all administrative levels—examination, collection, and appeals—of the Internal Revenue Service (IRS).

One of the questions that are asked by taxpayers who have received a CP90 Notice(Intent to Levy) or have a case is in the collection division of the IRS is “What can the IRS can seize?”

There are two types of federal tax levies issued by the IRS: a “regular” levy and a “continuing” levy. A continuing levy is a levy issued by the IRS on wages or routinely paid commissions, so it will remain in place until it is released.

A “regular” levy issued by the IRS reaches the assets owned by the taxpayer now the levy is received.  For example: Assume Taxpayer owes the IRS $20,000.  Taxpayer has $400 in his bank account on Tuesday. On Tuesday at 3:00 pm the bank receives a Notice of Levy from the IRS for the $20,000 that the federal government is owed.  The taxpayer then deposits $20,000 in his account on Wednesday at 10:00 am.  How much does the bank have to send to the IRS on account of the federal tax levy?

The bank will send the IRS the $400, which is the money it had at the moment the levy was received.  The $20,000 deposited on Wednesday would not be touched by the federal tax levy.  These also applies to contractors or account receivables.  The party that receives the tax levy only pays over to the IRS that amount which it owes the Taxpayer at that moment.

If you or your clients have any issues with tax levies issued by the IRS or other federal tax problems please feel free by email joe.alabi@fishcointax.com. 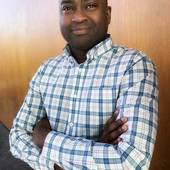