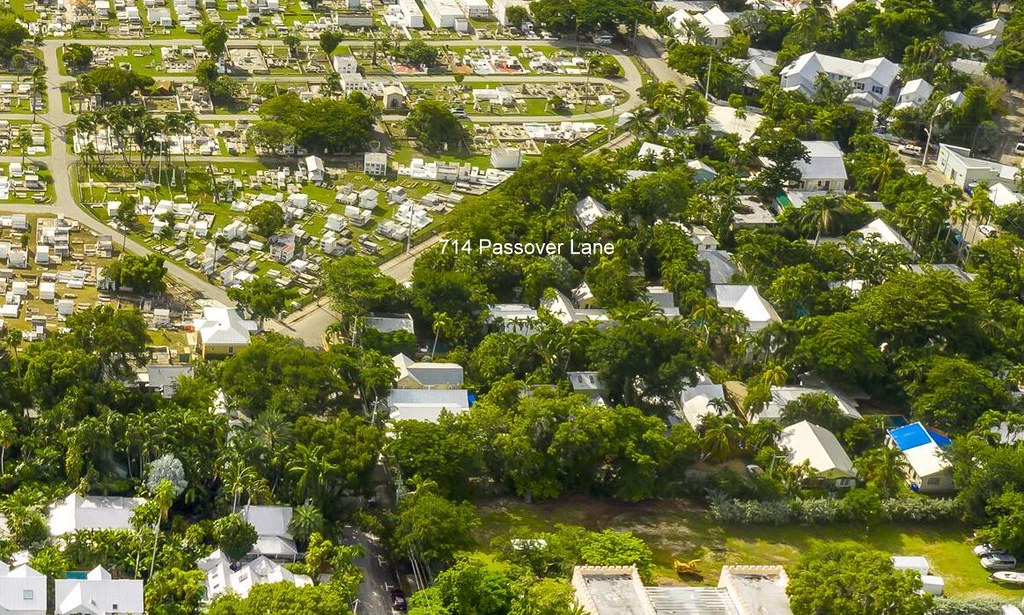 Buyers looking for a fixer property with big time renovation potential should take a look 714 Passover Lane. This architecturally interesting three story home is located on an irregular 6,547 sq ft lot opposite the Key West cemetery. Don't let scare you - they can't get out.

I dug into my old shoe box and found two photos that show the house in 1965 and later in 1973 just as Key West was being re-discovered by a generation of poets, authors, and artists of all types.  A later owner added wrap-around porches to three sides of the house and did some inexpensive fix-ups to the interior. The porches and wood spiral staircase were very well designed and constructed. But in my opinion have no real purpose other than providing access to the third level and sundeck. The fix-ups were common to the day, but not up to par with what we expect fifty years later. 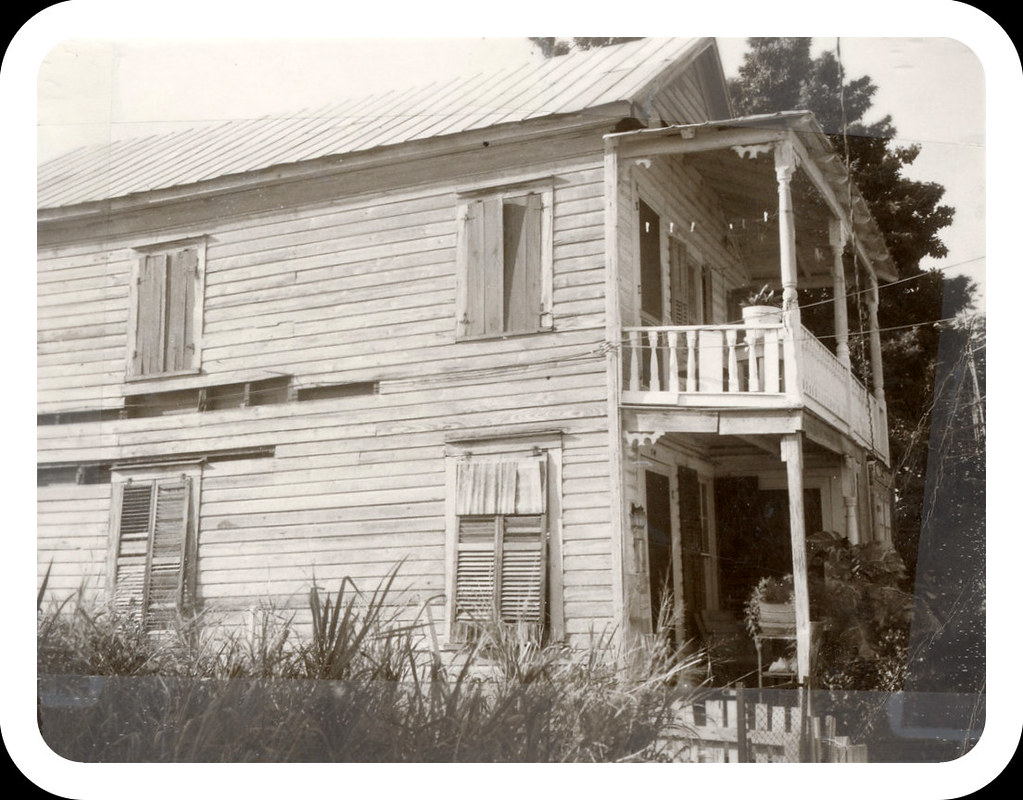 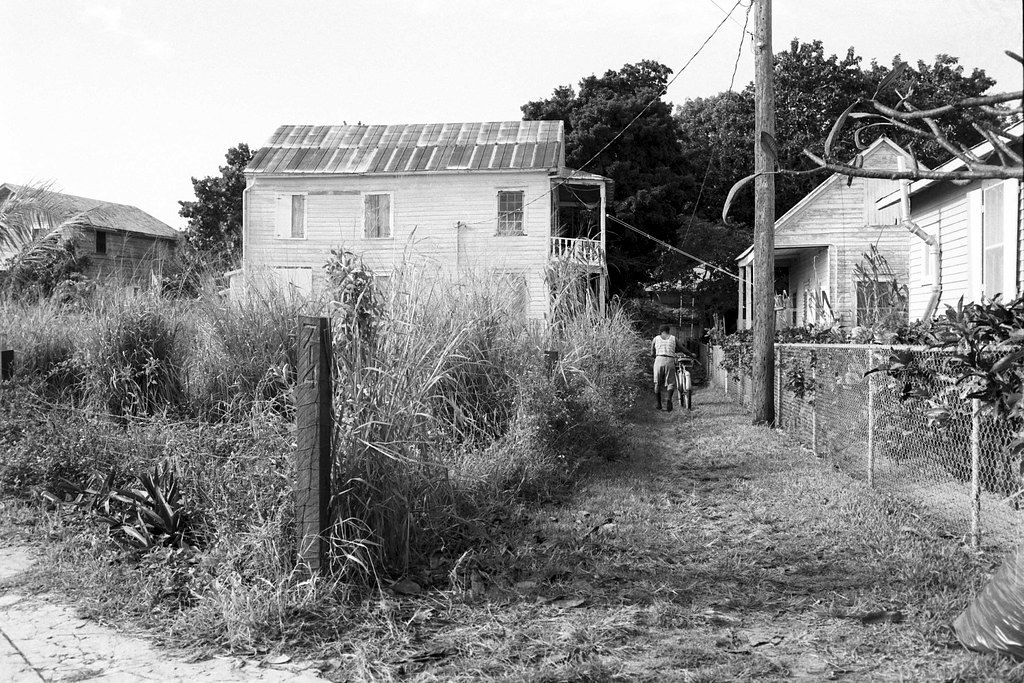 The 1965 photo shows the sagging front porch and missing slats on the east facing side. The house faces northwest toward Passover Lane which is a walking lane. 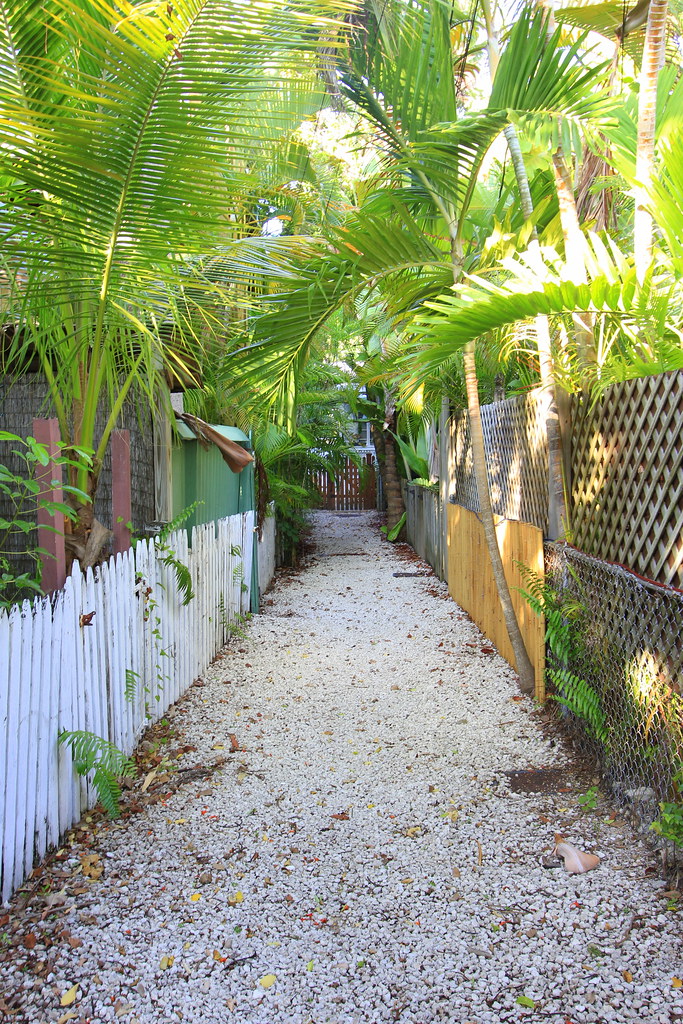 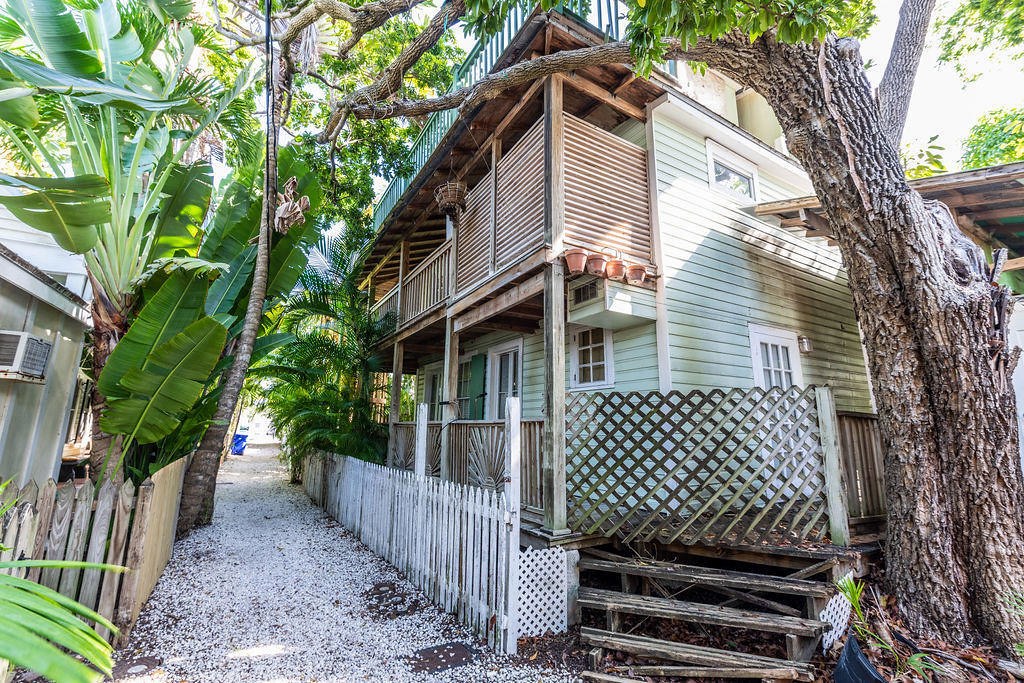 Passover Lane remains one of the few walking lanes in Key West. It is not wide enough for a car. There are four houses on this lane each of which has been updated and improved over the years including 714 Passover now has novelty siding and wrap-around porches on the first and second floors and a roof-top deck on the third level. 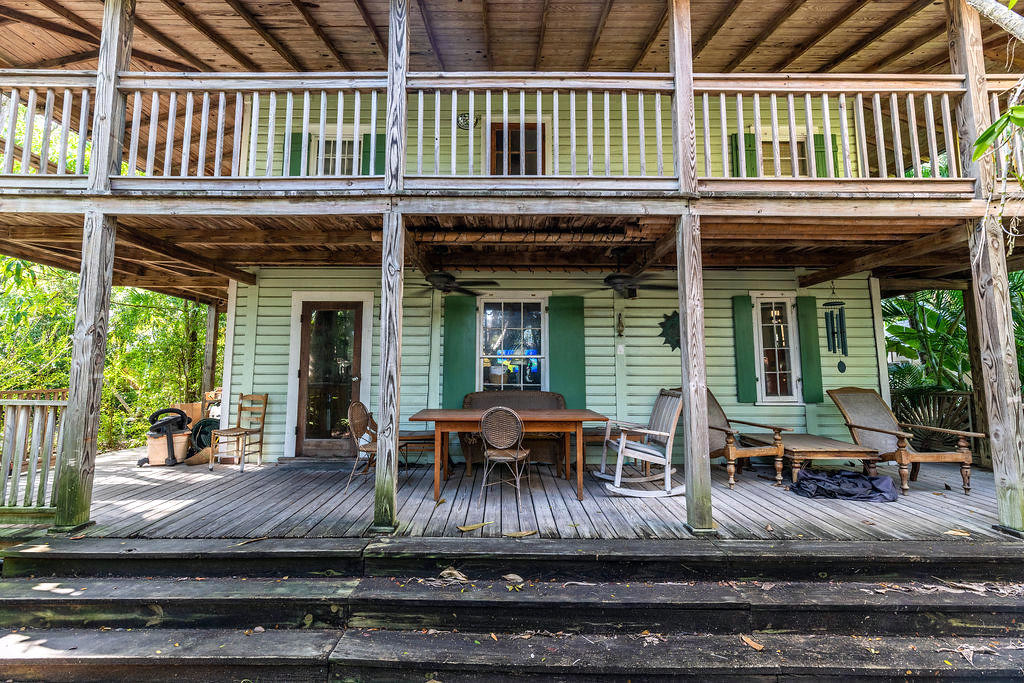 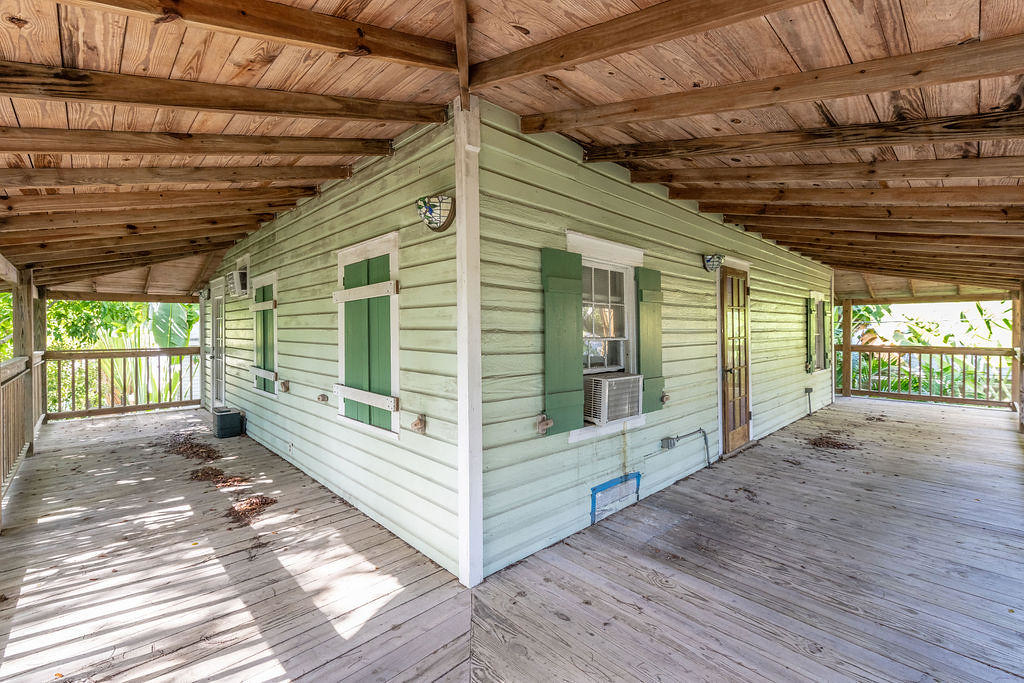 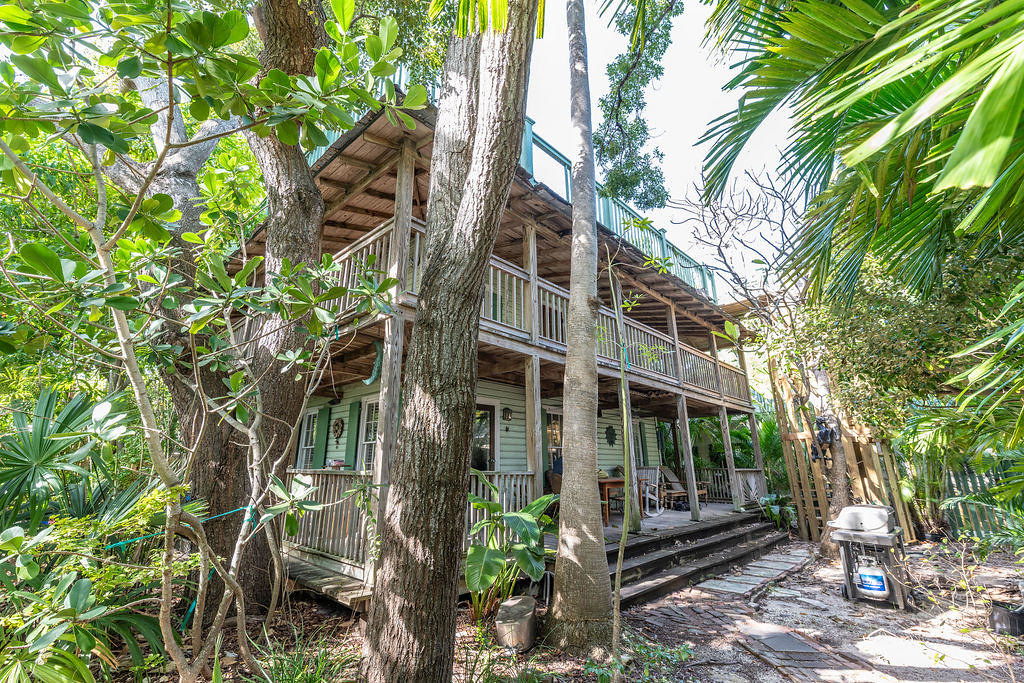 The stand alone cottage is located near the front of the lot. It is a non-contributing structure. I spoke with a real estate attorney who opined the cottage could be taken down or perhaps relocated on the lot giving a new owner more options. He also offered that most of the trees could be taken down. A new owner would need to plant new trees or pay a fee to the city for tree planting in other parts of the city. That can be worked out as part of the development plan for the property. 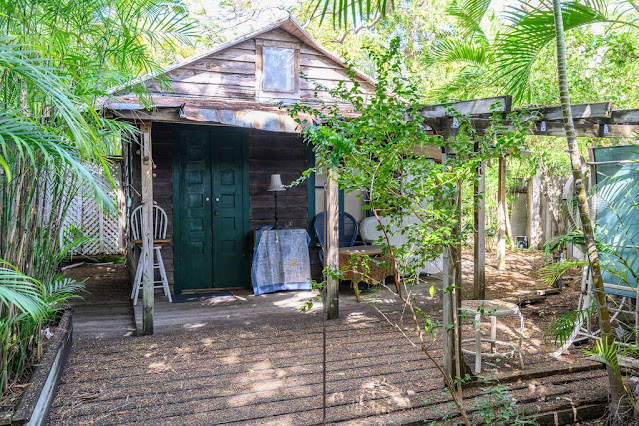 The wrap-around porches make the house look important. The original house has temple design seen on the stylish blocks of Old Town. It is not all that large nor stylish. The first floor is on the small side and the ceilings are low. There is a narrow stairway to the second floor but no internal stairs to the third floor which is actually the attic which was converted into living space. My first thought was to raise the house up, build a new pier foundation, add an additional one foot in space to the ceiling on first and second floor, and eliminate the living space in the attic. I would seriously consider removing the wrap-around porches to showcase the temple style to its fullest. But that is just a thought. 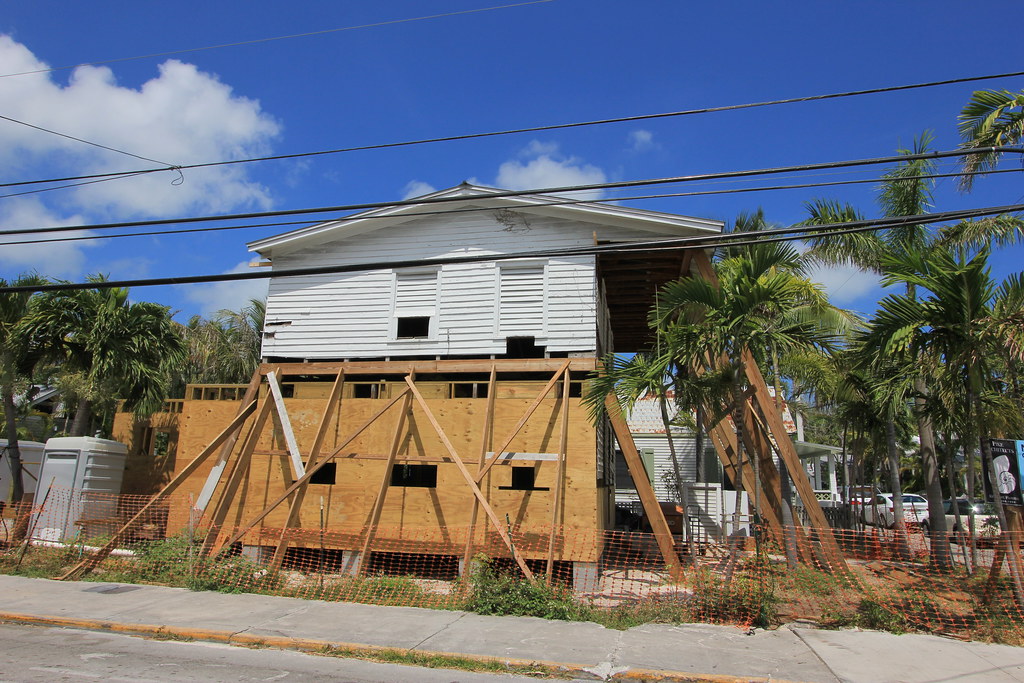 This house at 828 Elizabeth Street is an example of a renovation where a spacer was adding between the first and second floors which increased the interior height.  This has been done on several houses in the historic district. It makes old houses more livable. 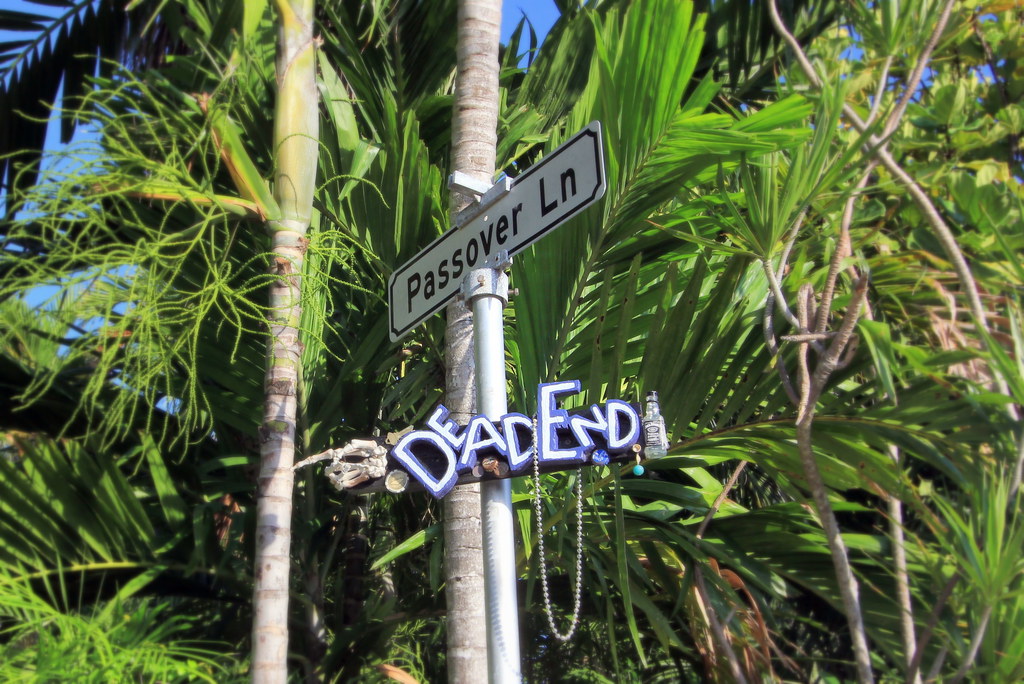 CLICK HERE to view the Key West MLS datasheet and listing photos for 714 Passover Lane and then please call me, Gary Thomas, 305-766-2642, to set up a private showing. This is an incredible buying opportunity for someone with vision and some cash to create a truly amazing Old Town property. I am a buyers agent and a full time Realtor at Preferred Properties Key West.

Good morning Gary. For the renovation minded, the first step should be to seek your counsel. Enjoy your day.

Hello Gary - your shoebox(I imagine that it must be plural by now) surely contains a treasure trove of Key West memories.  Real estate and otherwise