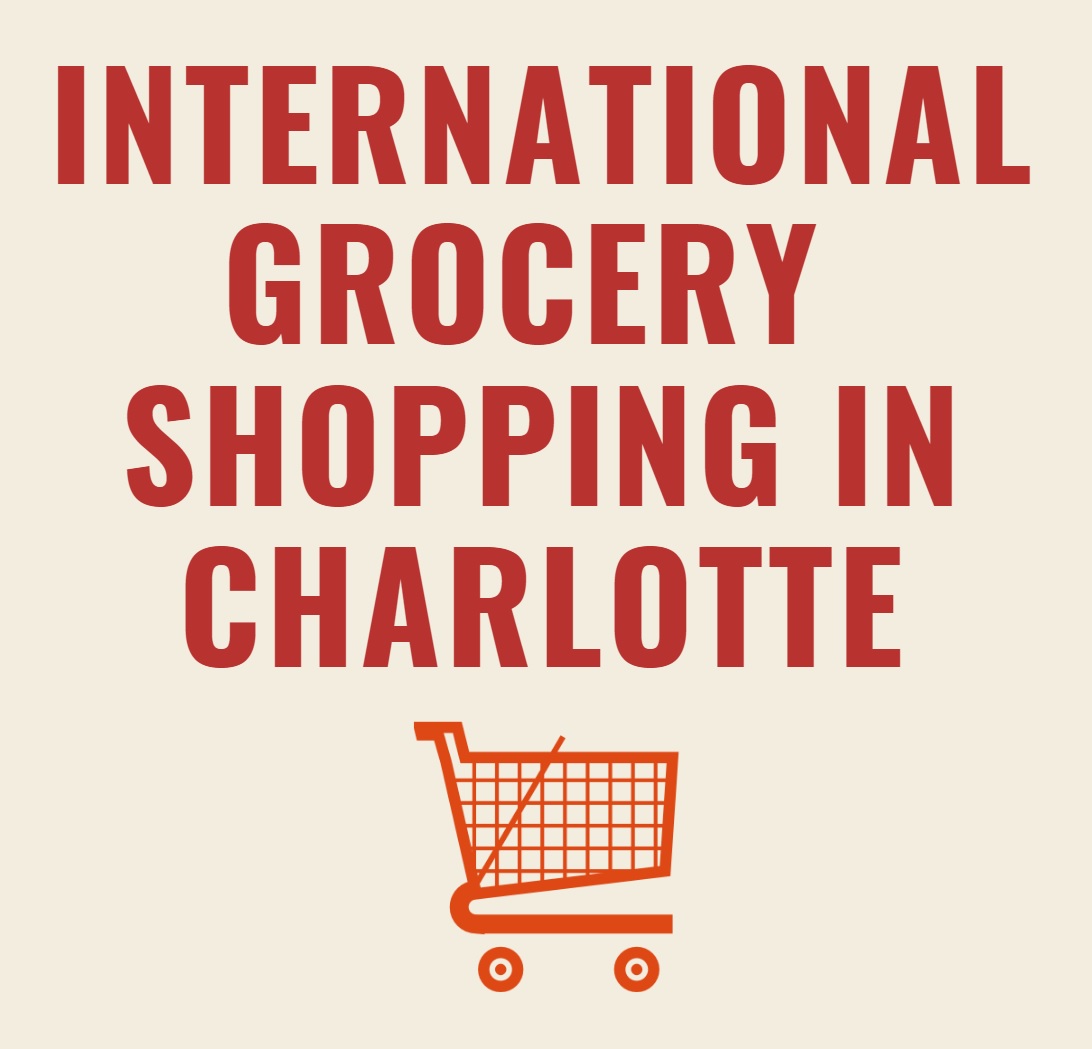 Charlotte's ever-growing international community has resulted in a growing demand for stores where you can buy various ethnic foods and ingredients. These days you can find Asian, Caribbean, African, European, Indian, grocery stores all around the Charlotte area. So if you've thought Charlotte is only about grits and barbecue, think again.

Since 2000, Greater Charlotte's foreign-born population has grown by more than 118%. Today, one in six residents of Mecklenburg County (where Charlotte is located) is foreign-born. More than 230,000 foreign-born people live in the Charlotte metro area and approximately 23% of residents speak a non-English language.

Five countries account for 47% of Charlotte area's foreign-born population -- Mexico, India, Viet Nam, El Salvador, Honduras. India has become the second largest source of foreign-born residents, having grown an astounding 451% between 2000 and 2016. 14% of the Greater Charlotte's residents are Hispanic; 7% are Asian.

1,000+ companies from 45 countries are based or headquartered in the Greater Charlotte area, employing over 82,000 people. German firms account for 217 of these companies, employing over 22,000 people. And then there are some 600 firms that are Chinese, Japanese, British, French and Italian.

No doubt about it... Charlotte has become a major global hub in the past 20 years. The influx of immigrants and foreign-born residents has led to the rise of ethnic markets where people could find familiar foods,  as well as where adventurous Charlotteans could explore new cuisines.

"How a people eats is one of the most powerful ways they have to express, and preserve, their cultural identity...To make food choices more scientific is to empty them of their ethnic content and history."

Where To Shop For International Groceries In Charlotte

International grocery shopping in the Charlotte area is getting easier all the time. We see new stores popping up each year and you don't have to travel far to find ethnic foods. Here's a partial list of where to shop in and around the Charlotte area.

"Food is everything we are. It's an extension of nationalist feeling, ethnic feeling, your personal history, your province, your region, your tribe, your grandma. It's inseparable from those from the get-go."

Ron and Alexandra Seigel hi Alexandra... I've never seen pelmeni at Trader Joe's here in Charlotte. Interestingly, when I used to buy them in Queens in New York, they were always frozen... but very good once cooked. In St Petersburg, 90% of what's sold is also frozen. I personally make nothing of this sort myself... too time consuming and no one here eats them but me.

I didn't realize how diverce a selection of food choices Charlotte provides. I would be in heaven Nina Hollander

Hi Nina- what a wonderful post to share with your community. So many of us are experimenting with international dishes in our own kitchens, these international groceries serve all of us.

Nina this is good information.  I try to make myself familiar with all the places I can get Portuguese food and supplies.

Paul S. Henderson, REALTOR®, CRS hi Paul... and this is just a partial list of the ethnic grocery stores we have. Add on all the ethnic restaurants and foodies can be in hog heaven!

Kathy Streib hi Kathy... increasingly, our Harris Teeter stores are expanding their selection of international foods, but those are still more "generic" items. For the real thing and for spices you have to hit up the actual grocery stores that specialize.

George Souto hi George... we actually have some very well respected Porguguese bakeries and restaurants in the Charlotte area. The  Supermercardo Brasileiro Taste of Brazil is in Matthews and I understand their people also speak Portugese, but it's more Brazilian than pure Portuguese. Couldn't say if that's close enough.

We have several of those in our area.  It is usually limited to three different ones, but they are here.  Of course, we don't have the same amount of people that you do.....

Nina Hollander - nice post about what Charlotte has done for the International Community. Texas is very similar too. I like that Charlotte still has it's southern charm and very welcoming too.

Good morning Nina Hollander - no doubt any nationality or ethnicity can find what is familer to them in Charlotte.

James Dray good morning, James.... that's to be expected... as Charlotte grew and as her international population grew, so have stores and restaurants grown around that population.

Patricia Feager, MBA, CRS, GRI,MRP hi Patricia... one nice thing about how Charlotte has grown is that while the region has grown quickly it has retained much of its old southern charm and manners.

Grant Schneider good morning, Grant... you might just be right... of course, there are some ethnicities that are still so small you need to be in the "in" to know where to go.

This is such a great post and I have to admit that I would not be able to guide people to these places in my area.  I do very little shopping myself, so that is one area that I am not a good guide for, haha.

Brian England hi Brian... I've always found it important to know about places that people might ask about. Some years ago I was working with an Orthodox Jewish family moving from New Jersey... they really needed to know where to buy kosher food products.

What a terrific resource, Nina, whether someone was born internationally or not. That's quite a bit of diversity.

Jeff Dowler, CRS thanks, Jeff... and this was only scratching the surface... if I listed all the places to buy foreign foods I'd still be writing this post! Happy Sunday!

I love this post.  It is so exciting to be able to explore different cultures and different foods.  My wife has Saag Paneer (spinach and cheese) in our crock pot right now.  We have a small Indian market in Elk Grove that we love to visit and get interesting products, like the Paneer.  This post will be great for those that love to explore.

There is a really good feeling about going into international grocery stores and having so much to choose from! :

A good international grocery store is worth their weight in gold.  I am fortunate to have KP (Koreana) International Market near my home.  They have wonderful fresh produce, fish, meat, and spices and other products from all over the globe!