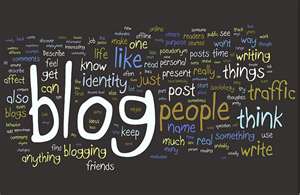 How Do I Find My Anniversary Date On ActiveRain

I recently celebrated my 13th Anniversary here on the ActiveRain platform. While I am not one of the oldest here, I have been around for all of the special and not so special times in the Rain as have a lot of others.

To celebrate my Anniversary, I obviously posted a blog. (how else to get the points?)

We're Celebrating An Anniversary, which managed to get a feature star  .  How fierce I recall some of the posts looking for this recognition, but that's for a later date.

There were a few comments left not only to congratulate my achievement, but also looking to find their own date of entry to the site.  Well, here's how I found my way and maybe it will help someone else.

Start first by going to your own blog page. Scroll to the bottom and there will be an orange box on the right side of the page for Archives.  Give thi a clock. On the new screen that appears will be a new header titled Archived blog posts and it will be for the current year.  At the very left will be a larger gray box for the year with a mall arrow tab centered at the bottom. Click on the small arrow and a summary of blogs for years will drop down. By clicking on the last year tab, a new summary appears and it will show how many blogs you posted in that first year.  As one can see I did not start out very prolific with my posts being too intimidated by the quality of the posts I would read and attempt to comment upon.  It happens with everybody who has no blogging experience. By clicking on the Feb tab, I found my first attempts t blogging, which were quite lame.  In order to protect this not so innocent person, you cannot get to see them unless I do some work to edit them in draft mode and re-post them in the future.  This is a design feature that has value particularly if an older post with some updating has a lot of relevance to your current efforts.

Now that you have found your first blogging efforts, it becomes a hunt to find your start date. I didn't work this portion first so just maybe you can run ahead and avoid the first 5 steps above.  This, however, would have given me a much shorter blog post.

Go to the bottom of any blog page to the ActiveRain menu of delicacies. Knowing the year I posted my first blog, and hopefully the year I joined I clicked on 2008. Now will appear, in order of points recorded, the members that had joined in 2008.  This is current as you will notice the photos are as seen on their respective blogs. As I know I posted my first blog in Feb 2008 Now we have to go back to my first month on the platform and peek at the dates in sequence until we find the date that corresponds to my anniversary. Now for Feb 19, 2008, I appear as the first person, which means highest points total for those that joined that day and the photo is identical to the one at the top of my blog posts, such as it is.  My presumption is that this is my anniversary date, and it bears out for the rest of the names as well. In checking a bit further, I noticed that the initial year for blog members was 2006.  In researching the archives, I found the first photo and date of activity to be May 25, 2006 and the first member noted was Jon Washburn who was one of the founders of ActiveRain.  This is a tidbit that was gleaned at one of the first RainCamps I attended and was acknowledged at a couple of others.

That concludes the entertainment portion of today's post.  It has been a long and interesting adventure that has rewarded me in many ways, and hopefully more into the future.

How Do I Find My Anniversary Date On ActiveRain

Rocky Dickerson   My you are a very mature looking 10

Will Hamm   Good Luck on your journey

Paul S. Henderson, REALTOR®, CRS   I am always appreciative of the times when I remember what I'm trying to do

Myrl Jeffcoat   maybe if you reach out they will combine the 2 for you especially i no one is using it now.

Kathy Streib   As I looked back at the first efforts I felt like I was looking at some of my grandson's homework. Except math, I have no clue hat they do now

Thanks for the kind words

Hi Ed,
Not sure what good it will do me but it interesting to look back and find my anniversary date.  I knew I joined in 2006 but hadn't nailed down the actual date. It turns out to be September 27, 2006. My first post was October 5, 2006. Carol Williams   And there you are you haven't changed a bit

Great post and fun to look back when you started. I see the photos automatically change when you change them out so no old photos..probably just as well!! Thanks for your research!

Dorie Dillard Austin TX   It' a good thing that the photos have changed, how else would people recognize the smarts we got here on the platform

This is a good tutorial for those who might want to find out when they started here. All the screen shots help!

Hi Ed Silva - I found mine on August 4, 2011.  I am at the top but click on the others shows that are long gone or never started.

This is good information to share. Take care, be safe and have a great weekend.

Kat Palmiotti   After a while the curiosity does start.  I had to search after I saw the anniversary post of Kathy Streib .

Grant Schneider   There are still a lot of very active bloggers from my anniversary month.

Roy Kelley   Thank you and thanks for stopping