Home > Blogs > JEANETTE CHASWORTH ASID, CID, IHP > JEANETTE CHASWORTH's (thecolorwhisperer) Blog
bookmark_borderbookmark
Creating Space
Breaking up is hard to do.  Even harder when you have been married for a long time.  Most of the belongings are us, and not yours and mine.
The once beautiful house had to be sold and now they are both living in apartments.
Going from 2500 sq ft to 800 sq ft is a big change and one that was ominous.
How do you meet all the unique needs, especially in the time of Covid, when people are working from home?
John called me over to help him with space planning and purchasing furniture for his apartment. He was used to a certain level of comfort and desired to keep that, but how to do it in such a small space.
In a small space, function is the most important thing. If there isn't a function for it, there isn't room for it.
Fortunately, the place had a great closet which solved many of his storage problems.
The bedroom was easy, a bed and a desk.  That filled the space.
The living room/dining room/kitchen was more difficult.
We found a smaller table that was great for one but could be pulled out for a cozy setting for 4, if desired.
The loveseat from his previous home worked great and then we needed to talk about coffee tables. He had several that he had liked, and showed me pictures of them.  In the small space though, they really would have made the room more crowded and difficult to walk around.
After discussing how he would use the space more, the best and simplest answer was actually right in front of us.   He had 2 cubes, which he loved cause he could put his feet up on them but he needed a place to put drinks or food. There was no room for side tables.
I felt a bit like a magician, as I bent over, removed the lid from one of the cubes and turned it over, revealing a tray made expressly for the purpose of putting drinks and food on it.
He was overjoyed!
Now he could have his drink and food on one, and his feet up on the cozy cushioned top. He could have the best part of both worlds.
In addition, because the cubes were smaller, they made the room feel bigger and if for some reason he needed more room for entertaining, they were easily moved to accommodate the changing space requirements.
Sometimes, it only takes an hour or two to solve a client's problems or change their lives for the better.
The best part is that my fee was less than the table he wanted, so he saved money in the end and had a more comfortable place to live.
Like favorite_border
favorite_border 2
Re-Blog
repeat 1
bookmark_borderbookmark

Excellent! Guess who he will refer when he has friends or coworkers who need similar help!

Great blog to share with us here in the rain and hope to see more of your blogs. 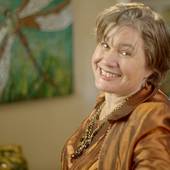