The other day my lead generating service sent me people with a strong accent.  I assumed they spoke Spanish even though the name was not Hispanic.  I printed my flyers in Spanish and found a house buying guide in Spanish.  Then I went to meet them.

They were late but they arrived.  While I was trying to talk to them before they arrived I kept using my translator to Spanish with no good results.  Eventually the English speaking child came on the phone and asked me to wait.  They were refugees  and they asked me if I spoke Swahili or French.  I speak neither but the 15 year son spoke fairly good English.  The father spoke some.

I want a loan officer who speaks Swahili.  I want to make sure they understand what they are doing.   I don't even know for sure what their financial status is.  I do not know what country they come from.  What I do know is that they want 2 places.  One for them and one for mom.  Their lease is up.   Even if I can't sell them a place I would like to help them.

I called one refugee place and they said that the other refugee place had them as clients.   I left a message and did not get a phone call back. Last evening I read the webpage more carefully and I hope to reach he person involved in housing.

Hello Debbie - from reading your posts, I can tell you are a caring person.  And that is a very admirable quality.  For me, every lead may not be the right fit for me.  I might also wonder if this lead-generating source was as well.  Good luck.

Michae Jacobs I am beginning to wonder about the lead generating service myself.  I am tied up for 3 months.  Well 2.5 months.  We shall see.

Hello Debbie, that could be a hard one even in Denver but I am sure some one will come up with someone for you.

I am sure what you are looking for is out there and I am glad you are willing to help these folks in the manner you are! 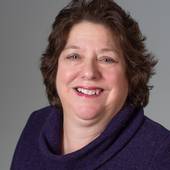