Whether you're living in Los Angeles California or planning on moving to Rochester New York, many American cities are enjoying a real estate boom as tech giants such as Twitter, Google, and Amazon expand operations, bringing employment opportunities with them.

We often tend to think in terms of tech campuses alone, but as influential companies move into an area, their presence has a tendency to stimulate the overall economy. Workers move in, service industries increase, and expansion occurs across the board.

When tech giants open new offices, campuses, and other facilities, property values have a tendency to increase as investors and landlords jump on the opportunity to buy and flip properties in the area. Technological solutions help these investors make the most of their properties, aiding with everything from creating efficient floor plans to attractive staging.

As commercial real estate values climb, so do home values. The Chelsea neighborhood of New York City offers a prime example. When Amazon, Google, Twitter, and Netflix moved into the area around 2018, median sales prices leapt dramatically. Where the average cost per square foot had been $1,526, it suddenly skyrocketed to $1,769. Median sales prices in the area had been at an average of $1.4 million before tech giants came to Chelsea; after they moved in, the median sale price for a home was nearly $2.2 million.

Tech giants aren’t just moving in and strengthening economies. They’re also changing some of the features homebuyers look for, or install after they’ve made their purchase.

Amazon Blink, Google Nest, and Apple HomeKit and HomePod have changed the way many people interact with their homes, covering everything from security to comfort systems. Smart home technology has impacted the real estate industry as it can impact a homes value and desirability.

Residential space is tight – and real estate expensive – in many tech hubs. It's the well-known case of the San Francisco Bay Area and, nowadays, the case of NYC, where even regular properties in Brooklyn pass the $1m mark.

In Seattle, Microsoft has pledged $500 million to build low-cost homes, and in the Silicon Valley, where space is even tighter and some employees have taken to sleeping in cars or living in RVs, Google pledged $1 billion to support the construction of 20,000 homes.

Premium pricing for nearby properties

With many municipal transit systems being stretched beyond capacity and hundreds or even thousands of new travelers commuting, homes closer to campuses owned by tech giants are likely to sell for a premium.

As evidenced by recent efforts by leaders including Google and Microsoft, this won’t always be the case in all locations, but it’s certainly a trend worth watching. Real estate investors who have the opportunity to purchase properties in areas that will soon be occupied by tech giants would do well to strike while the iron is hot.

Small retail locations are likely to perform very well in these areas, too: Think eateries, coffee shops, and boutiques that provide a nearby respite from the daily grind. Entrepreneurs and investors may very well benefit as communities flourish.

Northern Virginia’s Arlington County, home to Crystal City and Amazon’s HQ2, reported median real estate listing prices at $863,000 – which is a 33 percent increase from prices a year prior to Amazon’s announcement that they’d be moving into the area.

Property professional Danielle Hale recently told the Washington Post, “This corner of Northern Virginia remains a difficult real estate market to enter, but with remote work prompting some to look further away from dense urban cores, those seeking to snag a condo near the Metro just a short commute from HQ2 may find it’s a bit easier to do so than in the last couple of years.”

We already have efficient property management software, but Google has been making it even easier for landlords to manage their properties. As a component of the Google Assistant Investment Program, the company has invested in AskPorter, which is a voice-powered digital assistant that connects landlords and tenants, helping with everything from mundane cleaning tasks to new viewings for potential tenants. On the landlord side of the interface, this tool is capable of arranging payments, encouraging tenants to pay overdue rent, and more.

Even in the midst of the 2020 pandemic, homebuilders report strong demands as lower mortgage rates encourage homebuyers to take the plunge.

The takeaway? When tech giants move in, everyone is affected. Look for opportunities and you’re likely to find them. 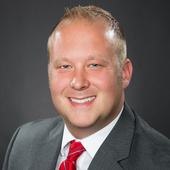