Some friends of mine, and former neighbors, were selling their house last summer in a neighborhood I used to live in.

They assumed because of the low inventory in the area and that their agent was telling them it was such a "hot seller’s market" they would have no problem getting their full asking price of $450,000.

Maybe there would even be a bidding war!

While this WAS occurring, despite the pandemic, in other areas of our market, St. Louis, MO, they soon found their house getting only a handful of showings and lukewarm interest.

You see, my friends are avid workaholics with no children, but have very exciting careers that require them to travel quite frequently.

Because of this, regular home upgrades, landscaping, etc., had not been top-level priorities over the years.  They were just too busy travelling and working to have time to care for landscaping or invest in things like kitchen and bath remodels.

The house had some carpet that was clean but dated, paint colors that were no longer really in style, and a good-sized kitchen that unfortunately still had the original builder grade honey oak cabinets and laminate countertops.

There was absolutely no landscaping to speak of in the backyard, even though it was HUGE and spacious and private, would-be buyers opened the slider only to find a plain concrete slab patio surrounded by some thinning grass and dirt.

I doubt most people even bothered to step outside and take in just how humongous and private the backyard area truly was.

On top of this, my friends had severely downsized all their possessions so that they could now live in an apartment in a different city, and so the house was completely empty when being shown.

Being that my passion is not only rehabbing older homes but also outdoor living, outdoor kitchens, and patio design, I saw nothing but potential!

But...most buyers walked through the house and saw nothing but endless projects.

After a few weeks on the market and only one early offer that came in at $405k, which they at the time quickly rejected, my friends had to make some decisions.

Their relator was beginning to talk to them about either lowering the price or making some MAJOR upgrades like hardwood flooring, and new kitchen cabinets and countertops.

I was always bothered by them showing the house empty, and I knew from my work rehabbing and doing some flips how much of a difference staging a house could make in how buyers look at a property.

I had also recently done some research on my blog for both the best hardtop gazebos on the market as well the best natural gas firepits, so I was keenly aware of how popular these things were in our area and how they can affordably bring a lackluster outdoor space to life.

I suggested to my friends before they lowered the price or spent a fortune installing hardwood floors and kitchen cabinets, to try staging the house with some modern furniture to distract from the less than modern kitchen and carpet.

I also suggested they stage the back patio with some cool furniture and throw up a nice (but affordable) hardtop gazebo, giving the house a nice outdoor oasis without spending a fortune on landscaping.

At first, they weren’t too sure about the price tag of staging which I believe was around $3k but they eventually agreed.

They then paid their son-in law and a buddy of his to head over to Costco and pick up a surprisingly large, and very nice, hardtop gazebo for about $1,000, plus the $500 they paid them to assemble it.

In addition to the cool and updated staging furniture INSIDE, their house now had beautiful patio furniture, a BBQ grill, and even a fun fire table the stagers had placed, along with a complete 8 person patio dining set under the brand-new hardtop gazebo (“Yes, the brand-new gazebo stays!”).

Now when you walked out on the patio you envisioned nothing but BBQ’s and birthdays, and neighborhood fire pit gatherings, and could see how you could easily entertain 20 people out there with room to spare!

Within a week of staging and putting up the gazebo, they had a new full priced offer for the $450k they were asking and they took it!

Now, I’m not attributing it ALL to the hardtop gazebo of course, the indoor staging for sure helped as well.

But it just goes to show that sometimes even a smaller investment under $5k can make a BIG difference in the sale price when it comes to real estate.

In their case, they got an offer $45k larger than their original offer after spending only $4,500. A 10X investment so to speak.

Hello Mads - prospective buyers who see endless projects may raise an eyebrow or two with a look of disbelief.  A good first impression can often bring raves of applause at the closing table.  Congratulations on the successful transformation.

It's all about the presentation! Outdated kitchens don't have to be replaced for a house to sell (although sometimes that is the best option), adding some color, visual interest, and furniture to turn the house into a home can work wonders and something I'd always suggest/do.

You are right, even when the market is on fire, if a house is priced at the top but comes with a long list of projects, buyers will still pass on it. A little investment can reap huge rewards.

Your friends are lucky to have you by their side!

Thank you very much for following my blog. Your comments are always welcome. 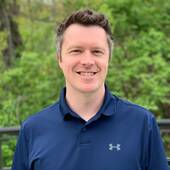