Dark Sky (2021) is the latest contemporary western suspense novel and book number 21 in the series featuring Wyoming Game Warden Joe Pickett by The New York Times bestselling American author and Wyoming resident C. J. Box. Dolores and I have read all of the books by C. J. Box and consider him to be one of our favorite authors. Click on the links to learn more about the author and his books. 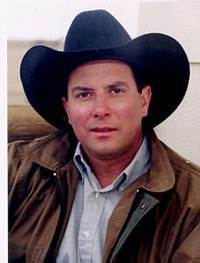 C. J. Box is the #1 New York Times bestselling author of 24 novels including the Joe Pickett series. He won the Edgar Alan Poe Award for Best Novel (Blue Heaven, 2009) as well as the Anthony Award, Prix Calibre 38 (France), the Macavity Award, the Gumshoe Award, two Barry Awards, and the 2010 Mountains & Plains Independent Booksellers Association Award for fiction. He was recently awarded the 2016 Western Heritage Award for Literature by the National Cowboy Museum as well as the Spur Award for Best Contemporary Novel by the Western Writers of America in 2017. The novels have been translated into 27 languages.

Box is a Wyoming native and has worked as a ranch hand, surveyor, fishing guide, a small town newspaper reporter and editor, and he co-owns an international tourism marketing firm with his wife Laurie. They have three daughters. An avid outdoorsman, Box has hunted, fished, hiked, ridden, and skied throughout Wyoming and the Mountain West. He served on the Board of Directors for the Cheyenne Frontier Days Rodeo. Box lives in Wyoming.

Wyoming game warden Joe Pickett must accompany a Silicon Valley CEO on a hunting trip--but soon learns that he himself may be the hunted--in the thrilling new novel from #1 New York Times bestselling author C. J. Box.

The governor of Wyoming gives Joe the thankless assignment of taking a tech baron on a hunting trip. Unbeknownst to them, as they trek further into the wilderness, a hunter is hot on their heels. Joe must rely on his wits and his knowledge of the outdoors to protect himself and his charge. Meanwhile, when Joe's closest friend Nate Romanowski and his own daughter Sheridan learn of the threat to his life, they follow him into the woods to rescue him, and all three come together for one final showdown. 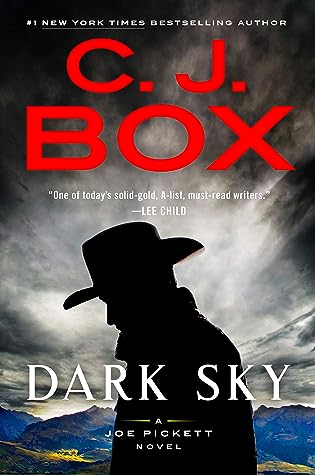 Good morning Roy. Are you and Delores on the book a day keeps the mind sharp program? Wow! Congrats! Enjoy your day.

Good morning, Roy... another book that sounds like a page-turner once you start reading.

Dark Sky, sounds so interesting. will have to look into it. Roy, Make it the best Friday, the weekend is right around the corner.  Thanks for the post.  Bill Salvatore

What a prolific writier CJ Box is!  Thank you for sharing another page turner.  Happy Friday!  A