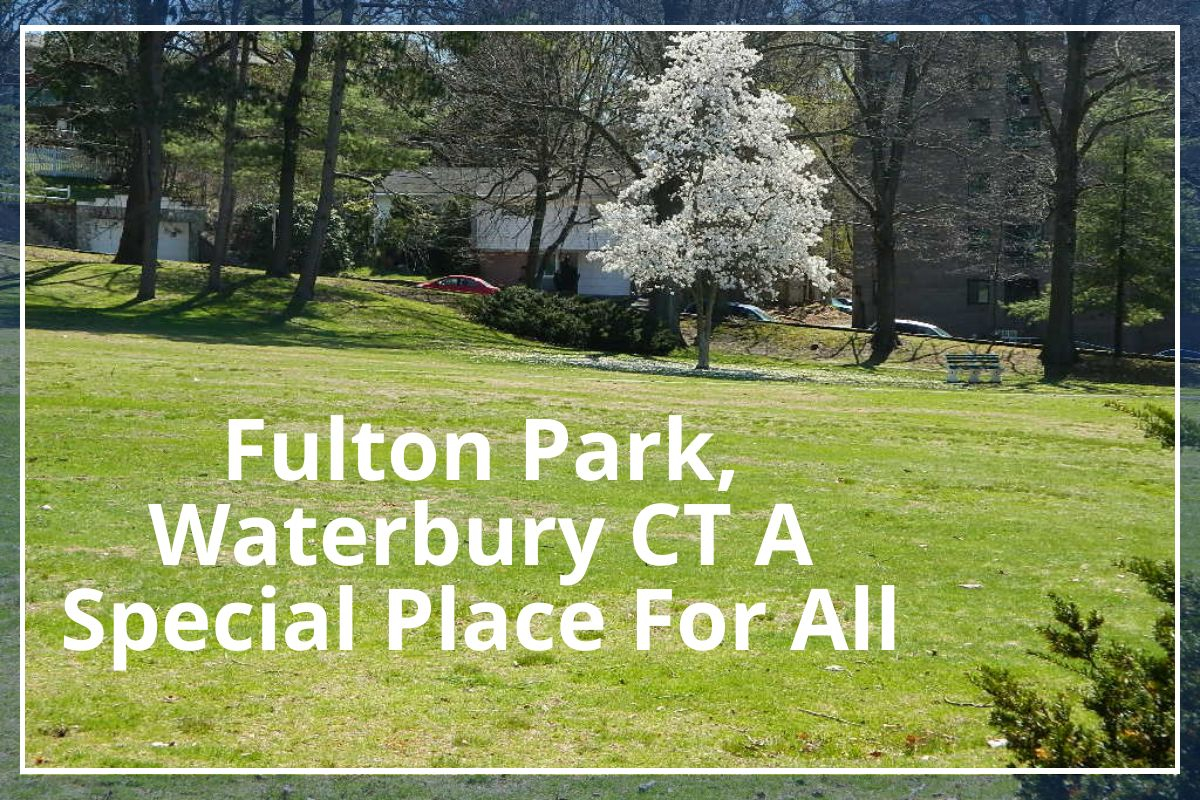 Fulton Park, Waterbury CT A Special Place For All

Located 90 miles from another famous recreational venue is the largest municipal park in the Greater Waterbury CT area. Fulton park has the distinction of also being designed  by the Olmsted Brothers, the successor landscape architecture firm to Frederick Law Olmsted, renowned designer of New York City’s Central Park and recognized as “Father of American Landscape architecture.” In the early 1900's Waterbury was a center for brass manufacturing as well as the feeders businesses that were necessary to keep them running. It was known as the Brass Capital of the World and kept that distinction until the use of plastics and aluminum replaced many of the former brass products. One of those industrialists, William Fulton, acquired land around a reservoir which was no longer used by the city. He contracted with the Olsmted brothers and in 1920 Fulton and the city agreed to jointly fund the park which was constructed over the next five years. The Fulton family then donated the whole park to the city and dedicated it to their recently deceased son, Lewis. A large stone at the entrance to the park at the intersection of Cooke and Pine bears a plaque carrying this information. While the park may not be as well known as it's big sister in The City, it is still a popular location and destination for all.

With 70 acres of space, there is a lot of distractions to the eye to justify a visit. Many a wedding photo has been taken along it's scenic paths, or within some of the stone structures that are located in the park. There are paved trails throughout the park, many crisscrossing along the way. There are 3 large natural ponds within the park and aerators attempt to keep it fresh.

For more vigorous activities, there are baseball fields, tennis courts, basketball courts, splash pads for cooling in the summer and play scapes the younger park goers.

In the winter, the ponds will freeze and may be cleaned off for skaters and to warm up there is a refurbished warming hut When originally built, there were massive flower gardens around the park and it was attended to by a full time gardening staff who grew their flowers at a greenhouse on the edge of the park's grounds. Fulton Park, Waterbury CT A Special Place For All

What a wonderful post and wonderful photos.  I had no idea who had designed New York's Central Park, and how lucky to have the Fulton Park to enjoy in your neck of the woods. A

A the park is huge and just taking the photos I walked almost 2 miles.  The flowers are starting to blossom as well.

Ed looks like Fulton Park has something for everyone in the family.

Fulton Park looks like a fun place to enjoy the outdoors all season long. Looks like a perfect place for a wedding on a beautiful afternoon. I read that it is very difficult to book weddings now and this might be a great solution.

Thank you for your another entry in our April Challenge

George, it was a busy place when I was taking the photos the other day. Kids in the playscape, joggers a couple of kids playing basketball and a few people just sitting on the benches

Hannah, I have driven by and seen all manner of people taking wedding photos and some years back had a cousin taking her photos there as well.

Hi Ed- I love all of your photos!!!! And isn't it wonderful when individuals work with communities to give back through parks!!! Everyone is a winner.

Those are beautiful scenes, Ed.  It looks like a wonderful place to spend a spring day.

CONGRATULATIONS Ed, on having this blog FEATURED in the PHOTOS group!

What a lovely park, Ed... and I loved the connection to my hometown's Central Park, which was essentially my backyard for decades.

That looks like a very nice park and if I lived near there you would likely find me on the tennis courts from time to time!

Hello Ed - thank you for the history, the photos and the description of Fulton Park in Waterbury Connecticut.  What a wonderful community asset that certainly enriches the area.

Kathy, when I see the stone walls it is very similar to scenes we see in movies of Central Park

Myrl, it is very peaceful and there are benches throughout the park to just sit and appreciate.

Thank you for the recognition

Nina, there are stone walks, and bridges that may well have been the models for Central Park. It is a pleasant place

Brian, there were at least 4 courts and all empty